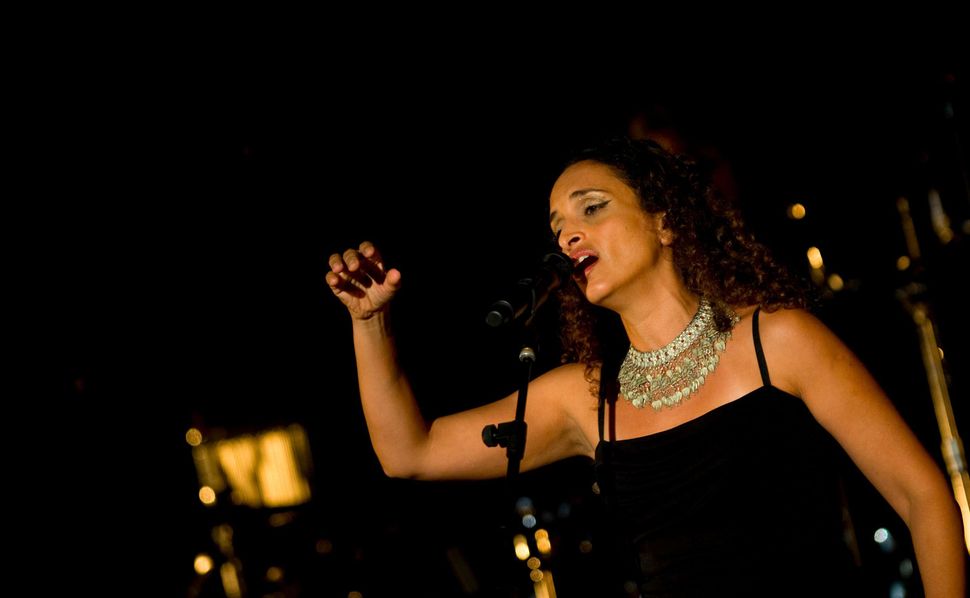 Adat Shalom Synagogue in Farmington Hills informed its members of the cancellation of the concert in a May 4 letter obtained by the Detroit Jewish News.

“Several credible threats of protest and demonstration have been planned in response to the appearance of Achinoam ‘Noa’ Nini at Adat Shalom on Thursday, May 18,” according to the letter. “We have been working closely with law enforcement and our security advisers and have concluded that based on these threats there was a high potential for disruption to the concert. As a result, and in keeping the safety of our community, our congregation, and the performers as our highest priority, we have made the decision to cancel the concert.”

The letter continued that the event was intended “to present a concert of Israeli music at its finest” and was “not intended to reflect political viewpoints.”

The Jewish News reported that her critics in Detroit were a “vocal minority” of Jews “from the right-wing camp that hold opposing viewpoints.”

Nini, who has performed at least six times in the Detroit area since 1994, according to the Jewish News, has been outspoken in support of a two-state solution and Israeli-Arab co-existence. She has also voiced support for Israeli NGOs critical of the Israel Defense Forces and Israel’s actions in the West Bank.

Last year, Jewish National Fund of Canada withdrew its sponsorship of a concert featuring Nini, following a report in the Jerusalem Post, denied by the singer and later retracted, that she supports the movement to Boycott, Divest and Sanction Israel.

“I am absolutely and completely against the BDS [campaign],” she responded at the time. “I see it as a hypocritical movement full of contradictions [that] will not bring peace to Israel nor help the Palestinians achieve their goals; very much on the contrary.”

Nini responded Friday to the cancellation of the Detroit-area concert in a statement issued by the New Israel Fund, on whose board of directors she sits.

“I’m saddened and outraged to see that this aggressive campaign of silencing, which we know too well from the extremist fringe in Israel, has made its way to the American Jewish community as well,” she said, apparently referring to legislative efforts in Israel aimed at curbing criticism of the government. “But I am not afraid. Fear and silence stand in the way of democracy, equality, peace, and our Jewish value of standing with the weak among us. I look forward to many more events with the American Jewish community of courage and conscience I know so well.”

Daniel Sokatch, CEO of the New Israel Fund, attributed the cancellation to “[b]ullies and bigots.”

“This is a wake-up call and an opportunity for Jewish communities to refuse to cower to political persecution, and to welcome progressive voices and difficult but necessary conversations,” he said in a statement.

Nini is scheduled to perform later this month in Deal, New Jersey and Philadelphia.