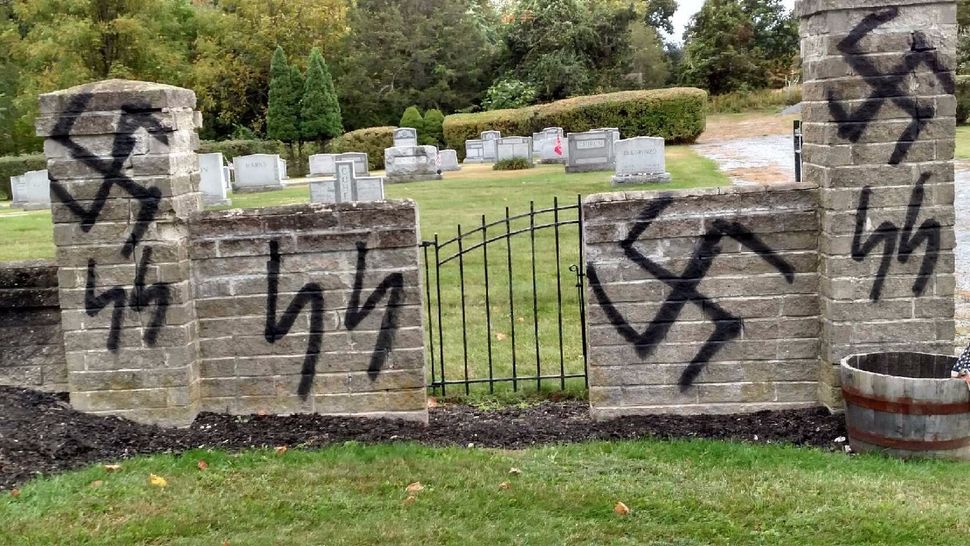 (JTA) — New York State police have called on the public to help find the vandals who defaced a Jewish cemetery with anti-Semitic graffiti.

The brick wall surrounding the Beth Shalom Cemetery in Warwick, a suburban town located about 90 minutes north of Manhattan, was vandalized with black spray paint including the words “Heil Hitler,” swastikas, and SS lightning bolts. The attack occurred in October, just days before the observance of Yom Kippur.  A Catholic cemetery across the street owned by the 70-year-old Temple Beth Shalom of the Village of Florida was not vandalized.

Both state police and Town of Warwick police are investigating the vandalism, the Times Herald-Record newspaper reported. The police have put out a call in local media for assistance, including publicizing the numbers for their tip lines.

The Jewish Federation of Greater Orange County is offering a $10,000 reward for information leading to a conviction in this case.