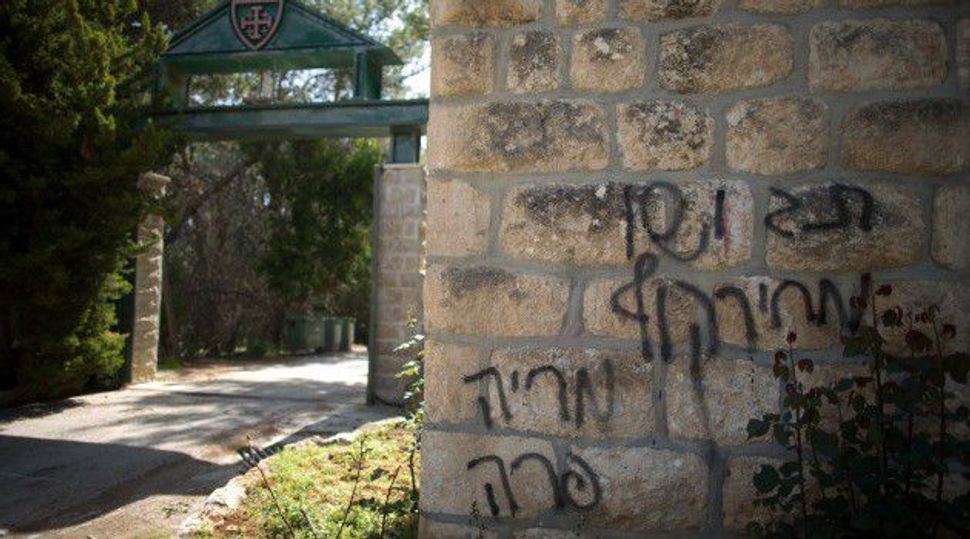 JERUSALEM (JTA) — About 20 cars were vandalized in eastern Jerusalem and in the Galilee area of northern Israel in what are being investigated as anti-Arab hate crime attacks.

The cars were vandalized in eastern Jerusalem overnight in a swath running from the Arab Shuafat neighborhood to the haredi-Orthodox neighborhood of Ramat Shlomo. The damage was discovered early Tuesday morning.

Their tires were slashed and spray-painted messages read “price tag” and “King Pikar.” The term price tag is used by Jewish extremists to indicate revenge for attacks on settlers and other Israelis or when legal action is taken against one of their own.   Elkana Pikar, who the military believes is a leader of the settler hilltop youth, is a resident with his wife and six children of the West Bank settlement of Yitzhar, home to many extremists, who was recently given an administrative restraining order banning him from the West Bank for four months.

A wall in the area was also spray painted with the words “Mohammed is an administrative pig.”

In the Arab-Israeli village of Na’ura in the Galilee, the tires of eight cars were slashed and price tag graffiti including “Administrative revenge” and “Administrative price tag” was sprayed on the walls of several houses.

The vandals were caught on security cameras entering the village at 2 a.m. on Tuesday to commit the acts.