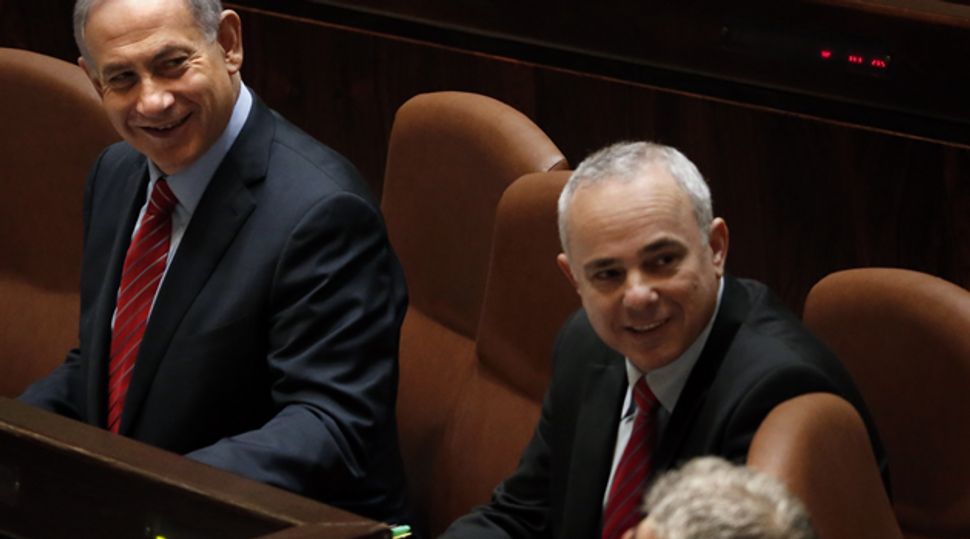 Minister Yuval Steinitz criticized the move implicitly. “Even if there is a 50-percent chance that climate change and global warming is man-made, we must act to reduce risk,” he wrote on Facebook, adding that Trump’s decision will not change Israel’s plans for reducing the use of fossil fuel.

CEO Lloyd Blankfein, a Jewish New Yorker, on Thursday became the most high-profile Wall Street figure to come out against Trump’s decision that day to pull the United States out of the landmark 2015 global agreement to fight climate change, the New York Post reported.

In his first tweet, Blankfein wrote: “Today’s decision is a setback for the environment and for the US’s leadership position in the world. #ParisAgreement.”

Blankfein’s support for the climate agreement seems to echo that of Gary Cohn, the former Goldman president who left for a job as Trump’s economic adviser.

Late last month, Cohn — who is also Jewish and is seen as a more moderate than conservatives like Steve Bannon — said that Trump’s view on the Paris treaty was “evolving.”

Blankfein has come out against the president’s policies before.

In January, Blankfein blasted Trump’s initial ban on the entry into the United States of citizens from seven Muslim countries, saying in a voice mail left on the phones of all Goldman employees that it was “not a policy we support.”

Trump has disputed theories that climate change is caused by human activity and has said that his administration would begin negotiations either to re-enter the Paris accord or to have a new agreement “on terms that are fair to the United States, its businesses, its workers, its people, its taxpayers.” He complained in particular about China’s terms under the agreement.

International leaders, including the Pope, had pressed Trump not follow through on an election campaign promise to abandon the accord, and they lamented his decision, Reuters reported.

German Chancellor Angela Merkel, French President Emmanuel Macron and Italian Prime Minister Paolo Gentiloni said in a rare joint statement the agreement could not be renegotiated and urged their allies to hasten efforts to combat climate change. They pledged to do more to help developing countries adapt.

“While the U.S. decision is disheartening, we remain inspired by the growing momentum around the world to combat climate change and transition to clean growth economies,” said Canadian Prime Minister Justin Trudeau.

Syria and Nicaragua are the only other non-participants in the accord.

Senate Democratic leader Chuck Schumer called the decision “one of the worst policy moves made in the 21st century because of the huge damage to our economy, our environment and our geopolitical standing.”

Senator Bernie Sanders, who sought the Democratic presidential nomination last year, said: “At this moment, when climate change is already causing devastating harm around the world, we do not have the moral right to turn our backs on efforts to preserve this planet for future generations.”

The United States had committed to reduce emissions by 26 to 28 percent from 2005 levels by 2025. The United States accounts for more than 15 percent of total worldwide greenhouse gas emissions, second only to China.

Leading climate scientists say greenhouse gas emissions trap heat in the atmosphere and have caused a warming planet, rising sea levels, droughts and more frequent violent storms. But other scientists, skeptical of this view, have disputed this.