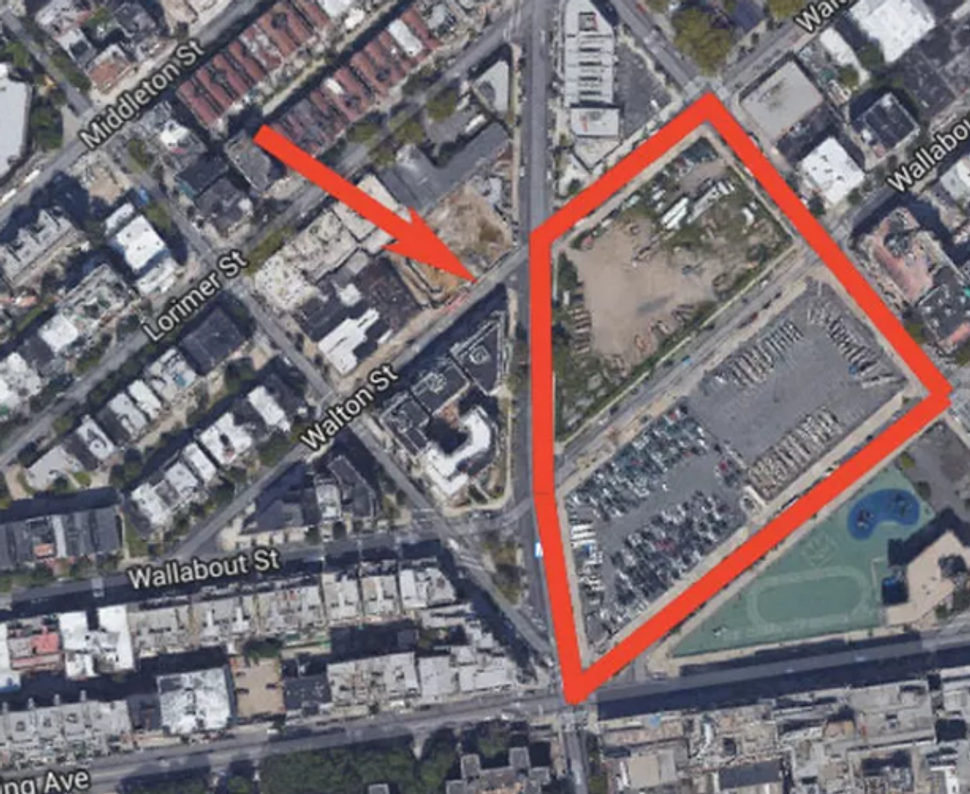 The plans for a 1,146-unit apartment complex in South Williamsburg have reopened a debate within the neighborhood’s diverse community over who gets the best affordable housing. Some residents fear that the Rabsky Group’s eight-building development will have a sizable number of multi-bedroom apartments — a layout that they say privileges large ultra-Orthodox families over smaller Hispanic families.

Leaders of the neighborhood’s Hispanic community discussed their concerns about the Rabsky Group project at a community board meeting on Tuesday.

“It’s a segregated rezoning. The city has participated in creating a segregated community through rezoning. How is that right?” Robert Solano, a Williamsburg resident and the head of Churches United for Fair Housing, told DNAInfo. “I walk through the Broadway Triangle rezoning [every day]. Don’t tell me it’s inclusive.”

Despite strong disagreement from community members, the measure to rezone the 200 block of Harrison Avenue for the Rabsky Group development passed 25-15.

“It’s perceived that it’s a Jewish project because it has a Jewish developer,” Rabbi David Niederman, head of United Jewish Organizations, said of the Rabsky Group project. The company is co-owned by two Jewish men. “This is a project that is going to be [a place] where African Americans, Latinos live next door to each other in wonderful relationships.”