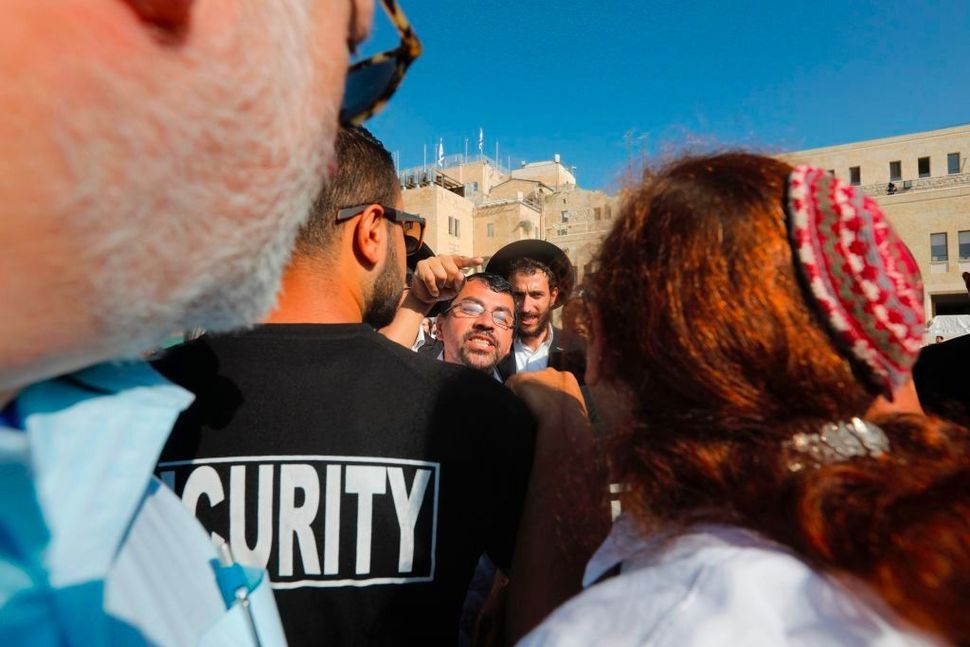 Netanyahu asked Minister of Public Security Gilad Erdan to look into accusations that at least four female rabbinical students were subject to body searches while attempting to enter the Western Wall Plaza, the Prime Minister’s Office said in a statement issued Friday morning.

The students from the Hebrew Union College-Jewish Institute of Religion, including two Americans, on Wednesday were asked to lift their shirts and skirts for security before being allowed to enter the Western Wall plaza, where an egalitarian prayer service was being held. The four said they were questioned and pulled aside into a private room.

The women were among a group of 15 rabbinical, cantorial and Jewish education students from North America and Australia at an egalitarian service held Wednesday morning.

Erdan told Netanyahu that no complaint had been filed with police, the statement said. Erdan also said that if a complaint is filed it will be “thoroughly checked.”

Netanyahu and Erdan “agreed that if this indeed took place as described, it is unacceptable and will be addressed in accordance with the law and the instructions of the court,” the statement also said.

The IRAC said Wednesday it would submit formal complaints about the body searches on the students.