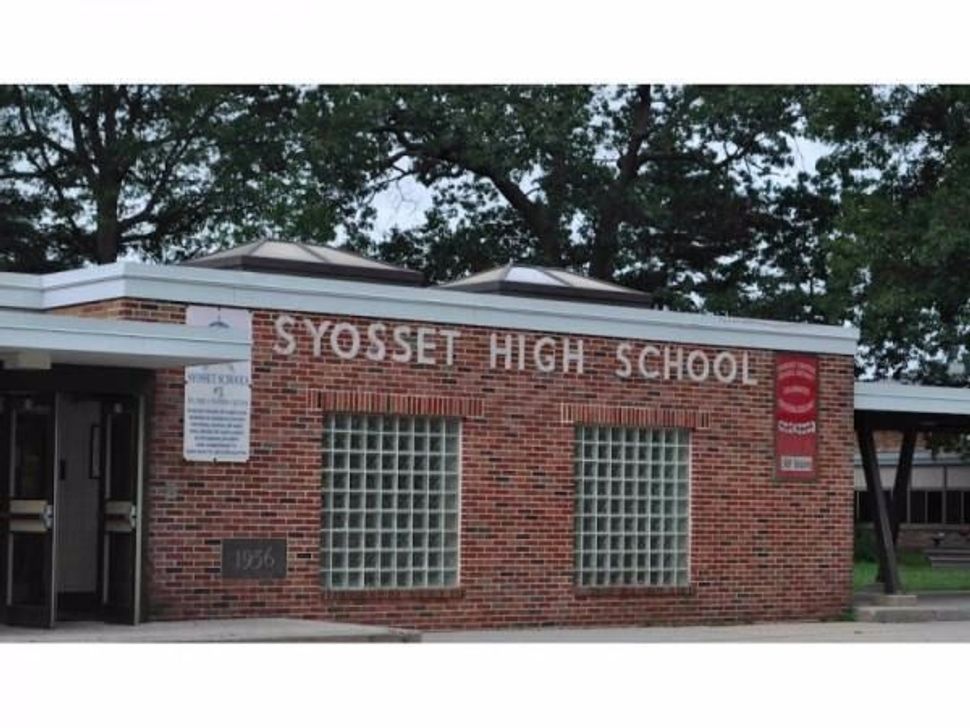 The walls, doors and windows in the back of Syosset High were vandalized between 2 a.m. and 4 a.m. Sunday, Nassau Police told the local media.

In addition to the anti-Semitic graffiti, “MS13” was painted on the school building. MS-13 is a Salvadoran-based street gang that has been blamed for more than 20 killings on Long Island in the past year and a half.

Syosset Board of Education trustee Joshua Lafazan in a statement condemning the graffiti said he would call for increased security patrols at all school district buildings.