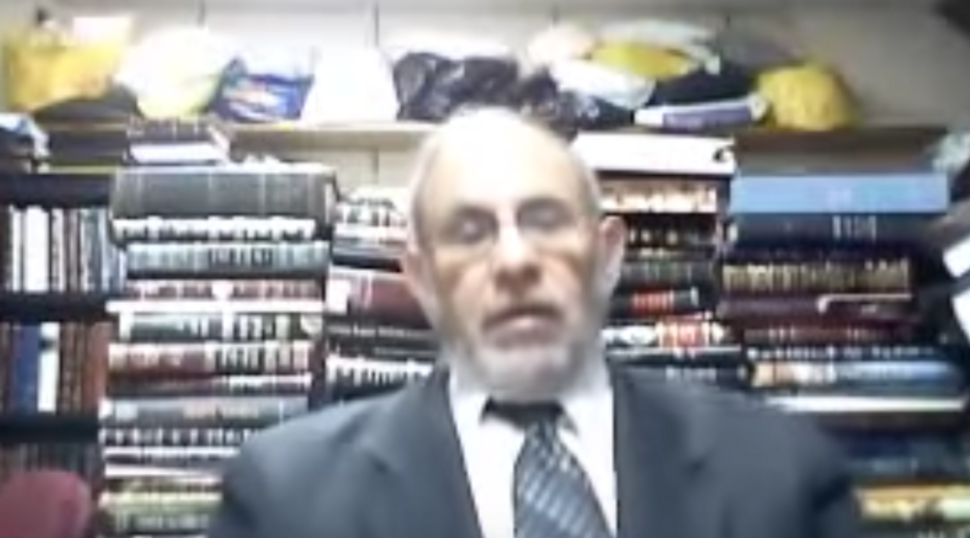 (JTA) — Police arrested a New York man and charged him with a hit-and-run accident that seriously injured an elderly rabbi.

Rabbi Jordan Kelemer, 71, is the long-time rabbi of the Young Israel of West Hempstead on Long Island.

He was hit in December while crossing the street in front of the synagogue; the driver fled without stopping. A passerby found the rabbi and called police. Kelemer suffered a severe head injury in the accident, but has returned to work in the synagogue.

Benitez Rodolfo, 46, of Far Rockaway, New York was arrested Friday and charged with leaving the scene of an accident and tampering with physical evidence, according to Nassau County police.  He pleaded not guilty at First District Court in Hempstead on Saturday, Newsday reported.

Police do not believe the rabbi was targeted by the driver. The accident reportedly was captured on the synagogue’s surveillance camera, though the license plate numbers were not clearly visible.