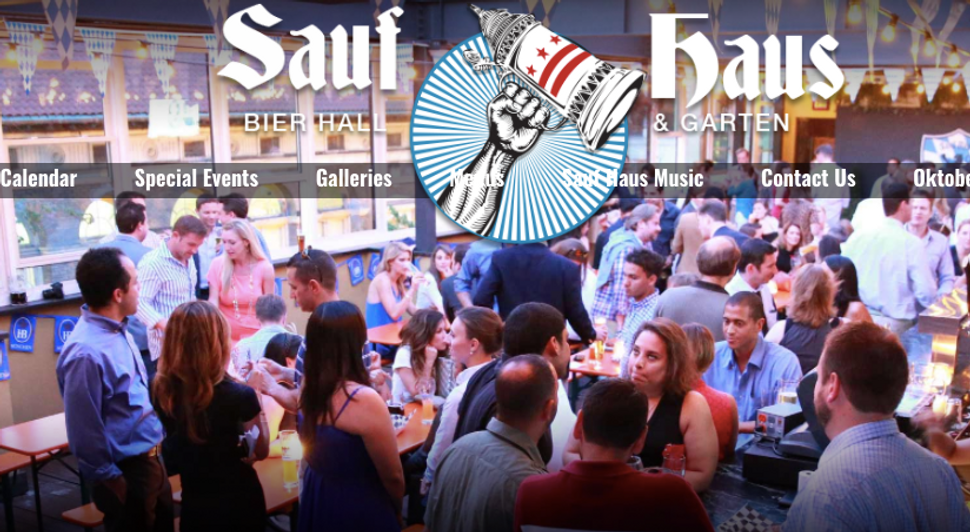 (JTA) — On Saturday, when Jews around the world will fast and gather in synagogues to pray on Yom Kippur, some young Jews will be coming together in the U.S. capital at a more unconventional venue: a beer garden.

Aaron Potek, the 31-year-old rabbi for GatherDC, a nondenominational group that does outreach to young Jewish professionals, is hoping to reach young Jews who otherwise would not attend synagogue on the holiest day of the Jewish calendar.

“They are people who would not be going to a service otherwise,” said Potek, who was ordained by the liberal Orthodox Yeshivat Chovevei Torah in New York City. “Some will be fasting, some won’t be fasting. Some are coming from absolutely no [Jewish] background, some are coming from more of a background but have been alienated by more traditional approaches.”

The event is not a prayer service and thus will not feature many of the traditional Yom Kippur routines. Instead, from 11 a.m. to 1:15 p.m., an expected 120 participants will come to the Sauf Haus Bier Hall & Garden on Dupont Circle to hear lectures, study Jewish texts, meditate and participate in discussions. Leading the event alongside Potek is Sarah Hurwitz, who worked as a speechwriter for President Barack Obama and first lady Michelle Obama.

And though it takes place at a beer garden, the bar will be closed and no food or drinks will be served. Those who do bring food will be asked to eat it inconspicuously.

“I don’t care if you’re fasting or not, I still would like you to try to connect to the day of Yom Kippur,” Potek told JTA on Wednesday. “That’s not a statement about Jewish law, that’s not a statement about what the Torah says about fasting, that’s just living in the reality, and saying there are people who don’t fast and who don’t connect to fasting.”

Potek says he hopes to attend religious services on Saturday, but likely will end up praying on his own in between the beer garden event and preparing food for homeless people at another GatherDC event.

The setting led to some minor controversy.

“Having an event in a beer garden — the implication is that food and beverages will be served — on Yom Kippur is highly inappropriate and crosses the line of acceptability. To me, this is a mockery of our traditions,” Harris Cohen, the vice president of the D.C. Orthodox synagogue Ohev Sholom, told Religion News Service.

Cohen later reiterated his view, writing on Facebook that though he had been made aware that no food or drinks would be served, he still thought the choice of venue “highly inappropriate.”

Rabbi Ari Hart, who like Potek is a graduate of Yeshivat Chovevei Torah, initially criticized the event on Facebook, saying the beer garden venue “runs against both the spirit and the law of Yom Kippur.”

However, after being informed by JTA that there would be no food or drinks served at the gathering, he apologized for his initial criticism and gave Potek his blessing.

“It’s just a space,” Hart wrote in an updated status. “A controversial, unconventional space? Sure. Would I feel comfortable? Probably not. Does that matter? Definitely not. Would hundreds of Jews who would feel uncomfortable in my shul, or any shul, feel comfortable there? Definitely yes.”

Potek considered a few venues prior to settling on the beer garden. Price and capacity ended up being the determining factors, he said.

“We wanted it to not be in a synagogue. We wanted it to be in a popular, centrally located area, something that people associated with their regular life,” he said.

Despite the kerfuffle, Potek is looking forward to the event.

“I’m really excited,” he said. “It’s unfortunate that questions of denominational lines have distracted from what I’m ultimately trying to do, which is help people talk about the meaning of Yom Kippur and the meaning of their lives.”