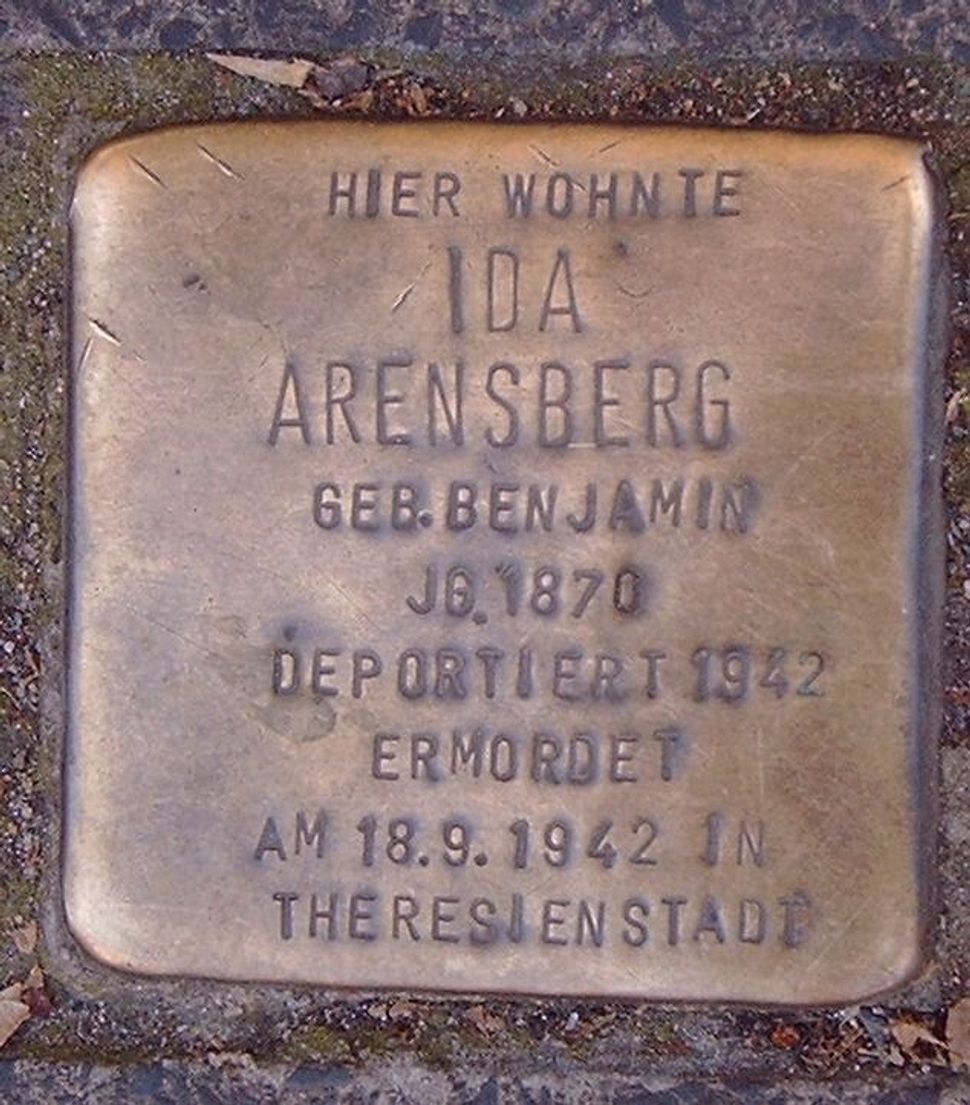 A “Stolperstein,” or “stumbling stone,” marking the name and life details of a Jewish Holocaust victim. Image by Wikimedia Commons

(JTA) — At least a dozen Holocaust memorial stones were stolen in Berlin ahead of the anniversary of the Kristallnacht pogrom.

The “Stolpersteine,” or “stumbling stones,” are gold-colored, cobblestone-sized monuments embedded in sidewalks in Berlin and other cities in Germany and across Europe.

On Monday, the memorials were dug up and stolen on several streets in the Neukölln neighborhood, Deutch Welle reported.

Berlin’s local Stolpersteine project coordinators wrote on Twitter that the stones will be “replaced as quickly as possible,” the news service reported.

A local politician, Fritz Felgentreu, blamed members of the far right, noting how close the incident occurred to the anniversary of Kristallnacht, which took place on Nov. 9-10, 1938. He said there is a strong far-right presence in the neighborhood.

German artist Gunter Demnig originated the idea for the memorial project in the mid-1990s after hearing an elderly woman deny that there had been any Holocaust victims in her town. The stones are placed at the last known address of a Holocaust victim, inscribed with the name, birth date and fate of the person.

Some 63,000 of the stones have been installed across Germany and in other European countries since the project began, Deutch Welle reported, citing Demnig.