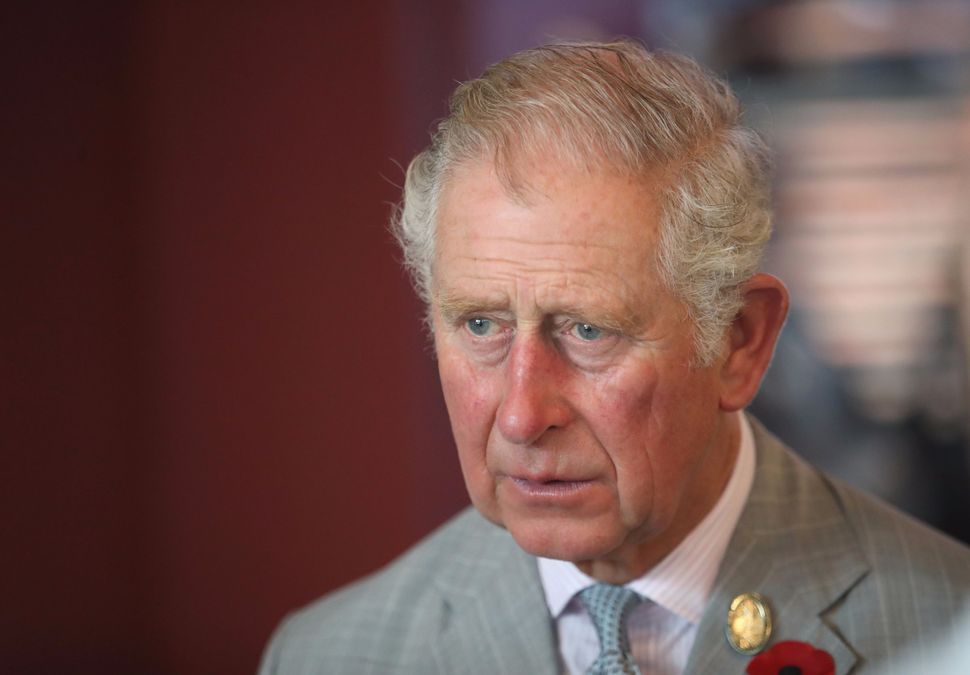 A newly unearthed letter revealed that Prince Charles of the United Kingdom once blamed the Middle East’s problems on the “influx of foreign Jews” to Israel during the 20th century.

The letter, written to a South African friend in 1986 and unearthed from a public archive by the Mail on Sunday newspaper, also urged the United States to “take on the Jewish lobby.”

The prince wrote his missive to explorer Laurens van der Post after an official royal tour of Saudi Arabia, Bahrain and Qatar with Princess Diana. He wrote that his trip helped him “understand better their [Arabs’] point of view about Israel. Never realized they see it as a U.S. colony.

“I now appreciate that Arabs and Jews were all a Semitic people originally and it is the influx of foreign, European Jews (especially from Poland, they say) which has helped to cause the great problems. I know there are so many complex issues, but how can there ever be an end to terrorism unless the causes are eliminated?

“Surely some U.S. president has to have the courage to stand up and take on the Jewish lobby in the U.S.? I must be naive, I suppose!”

Stephen Pollard, editor of the London Jewish Chronicle, told the Mail that Charles’s comments were “jaw-droppingly shocking,” adding that the letter shows “what everyone has always said the British aristocracy actually thinks — the idea that Jews were some kind of foreigners who had no real place in Israel until we decided to make it their homeland. Historically it is nonsense, and it’s quite stunning when it comes from the heir to the throne.’

During the 20th century, millions of Jews came to Israel from Europe and the Middle East, many coming to the country as refugees from genocide and persecution. During the 1930s and ’40s, many Jews were blocked by the U.K. government from fleeing to what was then British-controlled Palestine, with some being sent back to their certain death in Europe.

A spokeswoman for Charles told the Mail that the letter did not contain the prince’s own views, but merely “represented the opinions of some of those he met during his visit, which he was keen to interrogate.”

Charles is known to have a good relationship with the British Jewish community. But no member of the British royal family has visited Israel since the Jewish state was founded in 1948.

Charles did come to Israel briefly for the funerals of former Israeli prime minister Yitzhak Rabin and Shimon Peres (where he also secretly visited the grave of his grandmother), but did not meet with any Israeli officials.

The prince was invited to Israel this month to commemorate the Balfour Declaration, the British government’s 1917 approval of a Jewish home in Palestine, but according to the newspaper The Sun, the British Foreign Office nixed the trip “to avoid upsetting Arab nations in the region who regularly host U.K. Royals.”