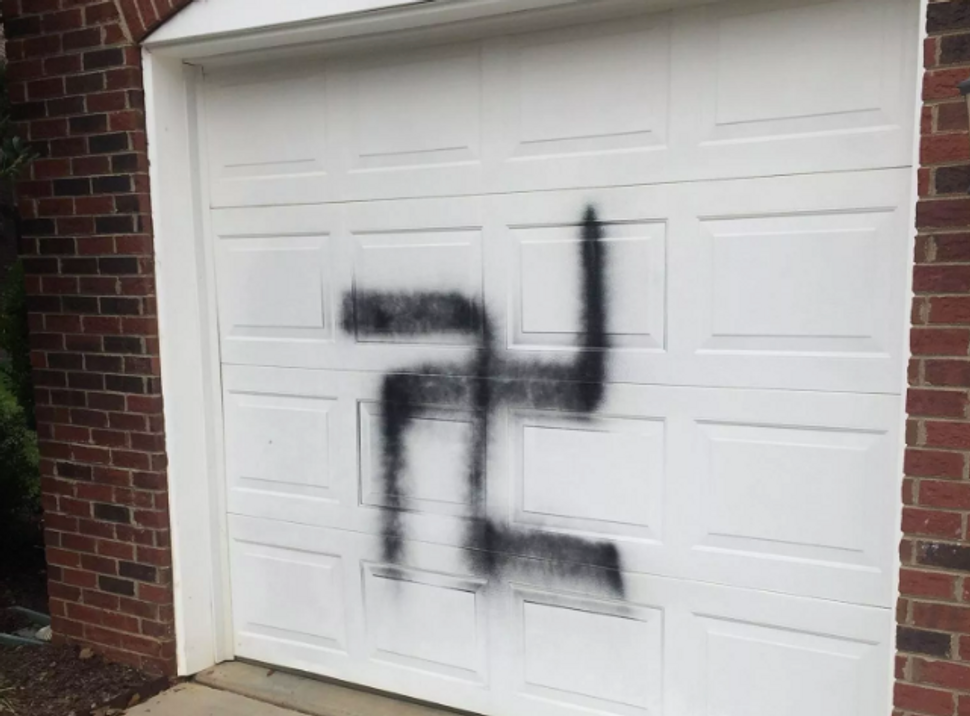 (JTA) — A large swastika was spray painted on the garage door of a Jewish family in Charlotte, North Carolina.

The swastika was painted overnight Tuesday, according to local reports.

Police painted over the swastika on Tuesday morning before the family’s children could see it, WBTV reported.

The swastika was drawn days after the family put up decorations for Hanukkah, the family’s rabbi, Dusty Klass, told the television station.

The rabbi said the family wanted people to know that the incident had occurred to open a discussion about it.

“They were shocked, they were hurt, they were angry,” Klass said. “It was really important to them that people know this happened here in Charlotte and that it’s not OK and that it could happen to anyone and that we need to know about it and talk about it so we can do something about it.”

There were 15 reported anti-Semitic incidents in North Carolina in the first six months of 2017, according to Anti-Defamation League statistics, compared to one in the state in all of 2016.