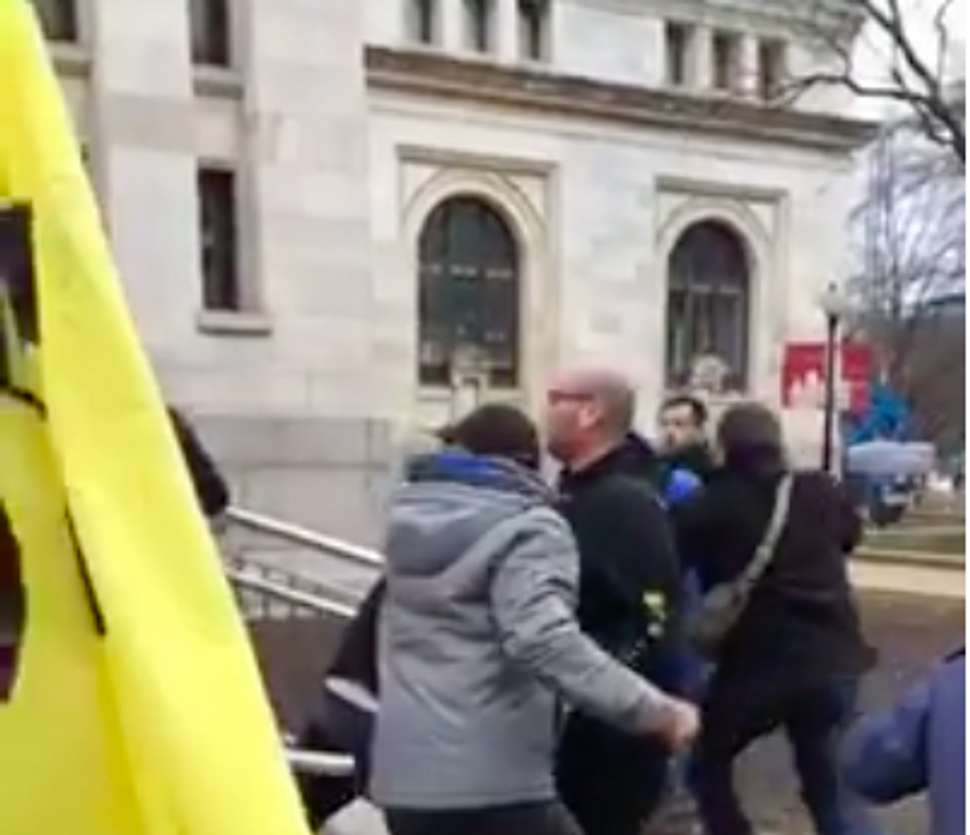 (JTA) — A Canadian member of the Jewish Defense League was indicted by a grand jury for charges that include an assault on an Arab teacher outside the AIPAC conference in Washington, D.C.

Yosef Steynovitz, 32, of Thornhill, Ontario, faces one count of assaulting a man with a dangerous weapon and one count of assaulting another man. The third count, assault with significant bodily injury, refers to the beating of Kamal Nayfeh, a 55-year-old Palestinian-American community college teacher who was reportedly walking to the conference when the attack happened, according to the Canadian Jewish News.

The third the count includes a hate crime enhancement for “anti-Arab bias” that could lead to an increased penalty if Steynovitz is convicted.

The dangerous weapon referred to in the indictment is a pole, as well as a shoe, both used in the attack on Nayfeh.

According to the police report from March, Nayfeh said he got into a “verbal altercation” with Steynovitz, who then punched Nayfeh “about the face area.” Nayfeh fell to the ground, according to the report, and Rami Lubranicki, 59, of Howell, N.J., who also was charged in the incident, kicked him in his side and hit him in the right eye with a wooden pole.

Steynovitz will be arraigned in court in the District of Columbia on Jan. 3.