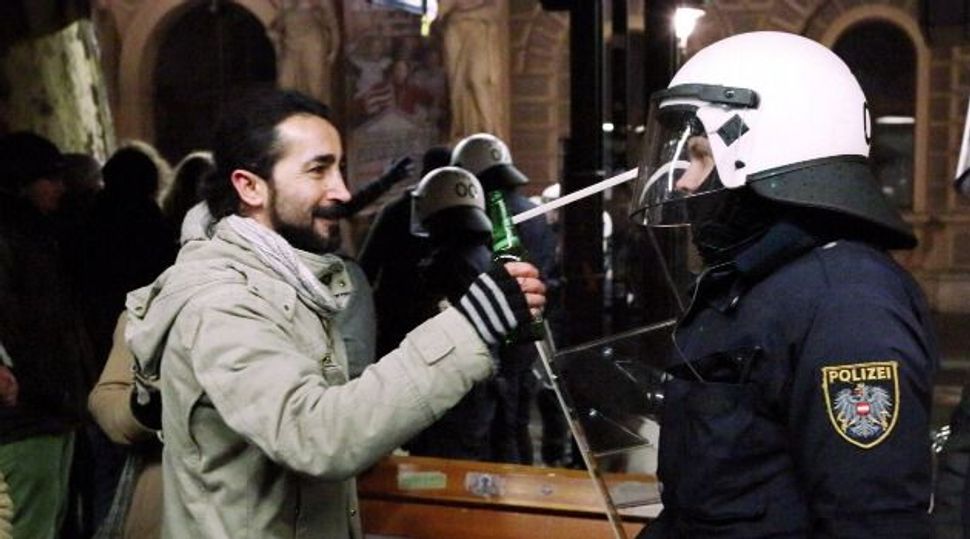 A Jewish leader in Austria said community officials would not attend the nation’s official Holocaust commemoration ceremony if lawmakers from the far-right Freedom Party are present.

“If there will be ministers there for the Freedom Party, and I’m sure there will be, I will not be able to shake their hands, so the Jewish community will not attend,” Oskar Deutsch, president of the Jewish Community in Vienna, told the Makor Rishon daily on Tuesday of the annual Jan. 27 ceremony organized by Jewish groups for International Holocaust Remembrance Day.

The Jewish community has boycotted the Freedom Party, which entered the government last month and is led by Heinz-Christian Strache, now the vice chancellor of Austria. A former SS officer founded the party in the 1950s, and several of its leaders today have made anti-Semitic statements. Strache has said his party rejects anti-Semitism, but Deutsch has called the statement a facade.

In 2016, the magazine Aula, which is affiliated with the Freedom Party published an article claiming that the inmates at the Mauthausen concentration camp in Austria, where thousands of Jews were murdered, were criminals. Last year, Freedom Party lawmakers declined to stand in parliament with other lawmakers in memory of Jews killed in the 1938 Kristallnacht pogroms.

The Freedom Party garnered the third-highest vote total in the October elections, behind the center-right People’s Party and the center-left Social Democrats, helped largely by its anti-immigrant platform.

Last month, People’s Party head Sebastian Kurz and Strache announced that they had worked out a deal to have the parties govern together as coalition partners.

The Freedom Party, which seeks to limit immigration from Muslim countries, controls the interior, defense and foreign ministries.