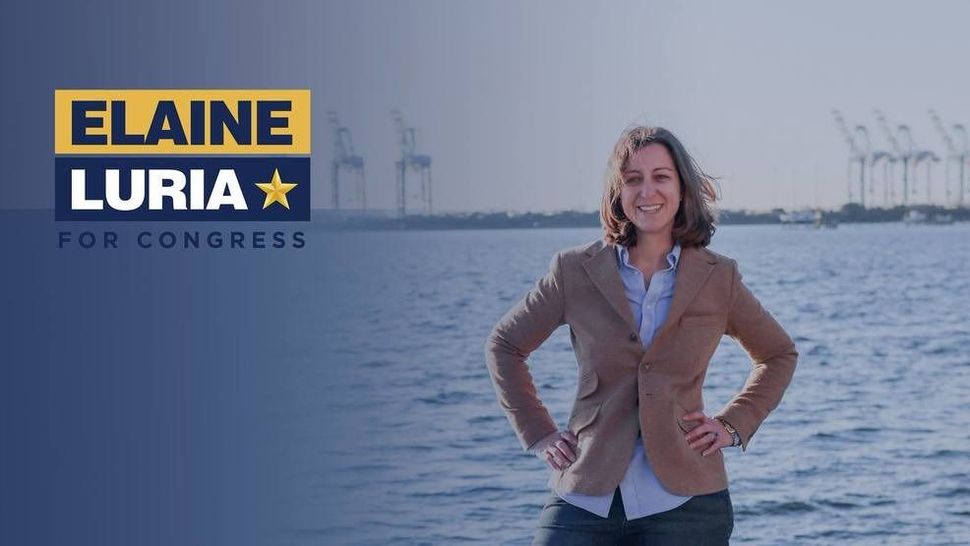 Elaine Luria announced her candidacy for Virginia’s 2nd congressional district less than a month ago and has already landed a New York Times profile featuring her and two other female Naval Academy graduates who are now running for office as Democrats.

A 20-year Navy veteran who reached the rank of commander and whose last deployment at sea put her in charge of a 400-sailor assault ship, Luria is also an active member of the Jewish community in Norfolk. Here are a few more things to know about the newest addition to the growing list of Jewish women running for office in 2018:

Luria grew up in Birmingham, Alabama, where her family owned a scrap metal business. She decided to enlist in the Naval Academy and never looked back. “The midshipmen seemed like they knew everything in the world. I wanted to be just like them,” she told the Times.

At The Academy, Shabbat Services Were All About The Bagels

Luria fondly recalled religious services at the academy in Annapolis, where Jewish midshipmen were paired with local Jewish families. On Friday nights, all joined for services at the academy, followed by a Shabbat meal, “during which many bagels were ravenously consumed by the hungry Midshipmen and the leftovers scavenged-off to Bancroft Hall (the dormitory) to share with friends,” she wrote in the Virginia Jewish News.

She Was Deployed Six Times

As a surface warfare officer and nuclear engineer, Luria was deployed to Japan, the Middle East and the Western Pacific on aircraft carriers, cruisers and destroyers. Luria never planned to stay in the Navy that long, but after the 9/11 terror attacks, she felt compelled to remain.

It’s Hard To Have A Passover Seder At Sea

While serving on a carrier, Luria informed the senior chaplain she’d be available to serve as a lay leader for Jewish services, which she did, though it was sometimes difficult to fit in regular prayers with the ship’s operational needs. Luria also found herself in charge of a Passover seder at sea aboard the USS Enterprise. She struggled to gather as many items as possible for the seder plate, but recalled the event as a “very special evening where the handful of Jewish sailors came together at sea, while jets took off and landed right over our heads, and read the Haggadah and celebrated together.”

She Makes Mermaids For A Living

Luria and her husband, who is also a retired naval officer, own a business called the Mermaid Factory, where customers paint their own mermaids. The business already has two locations and 10 employees. A percentage of each mermaid sold is donated for youth art programs in Norfolk.

She’s Running In A Tough Race

Luria is the fifth Democrat to throw their hat into the crowded primary race for Virginia’s 2nd congressional district, which encompasses Virginia Beach and the state’s Eastern Shore, as well as parts of Norfolk. The district has been represented by a Republican since 2011, but is viewed by the Democrats as a possible flip. It is home to the nation’s largest naval base and the headquarters of the Christian Broadcasting Network. The incumbent, former Navy SEAL won in 2016 by a margin of 61%-38%.