Palestinian Killed In Gaza Ahead Of March On Fence 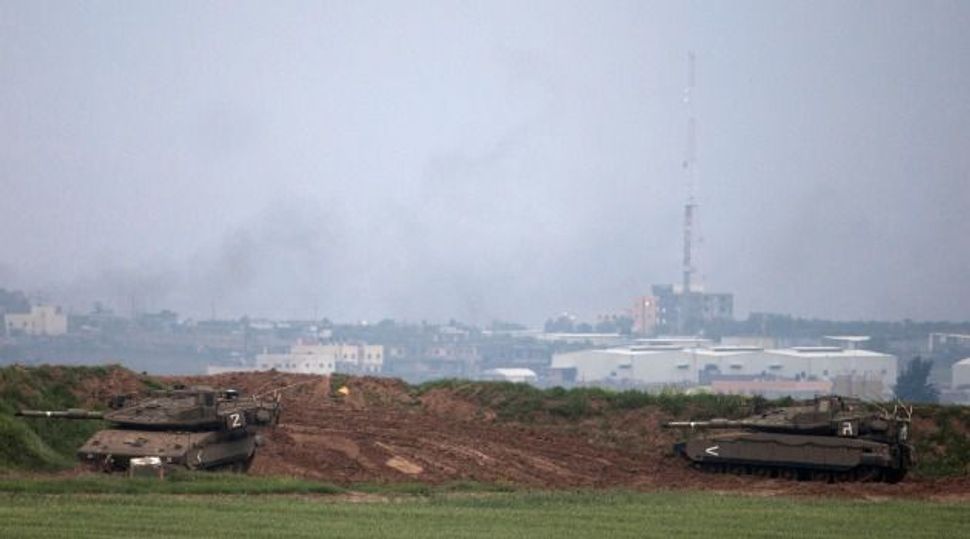 (JTA) — A Palestinian man reportedly was killed by Israeli tank fire in the southern Gaza Strip amid tensions over a march co-organized by Hamas to the border with Israel.

The man, who was identified by Palestinian health ministry officials as Omar Wahid Sammour, 27, was killed Friday hours after a senior Israel Defense Forces officer warned Palestinians to stay away from the fence.

“The troops have been given clear orders on opening fire,” Brigadier General Ronen Manelis, the Israel Defense Forces spokesperson, said Thursday during an interview for an Israeli television station about the so-called “March of Return” that is being organized on Friday in the Hamas-controlled enclave. “Whoever tries to interfere with the security infrastructure or compromise the fence for a mass crossing into Israel – we will prevent this action,” he added.

Manelis said this during an interview with the Israel Broadcasting Corporation, or KAN, amid fears that Hamas would use the event to stage riots or result in a scenario where a large number of unarmed individuals attempt to cross over, forcing the troops to choose between guarding the border and taking a large number of lives.

The march is organized on Land Day – a date that Israeli Arabs began observing in 1976 in which they protested what they regarded as unjust confiscation of territory by the Jewish state.

Palestinian Killed In Gaza Ahead Of March On Fence