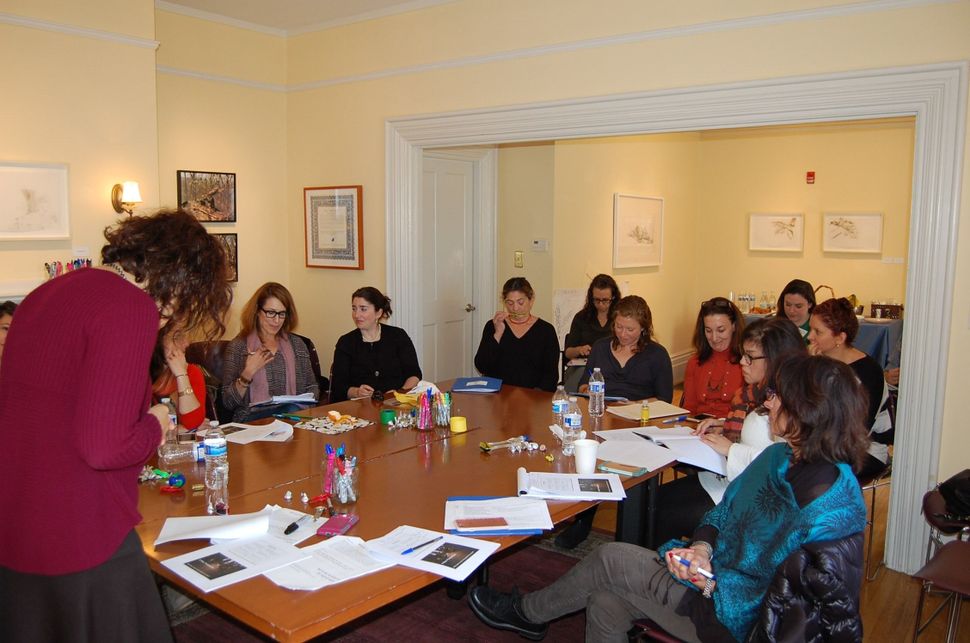 A new network of community mikvehs, or ritual baths, will host an inaugural summer gathering this August, bringing together established organizations and those interested in starting a new mikveh program.

A large majority of mikvehs in the United States are operated by the Orthodox community, for whom ritual purification is commanded for men and women. The Rising Tide Open Waters Mikveh Network was launched in April to connect a diverse group of mikvehs that provide an inclusive approach toward immersion.

It started with five chapter mikvehs in Boston, Washington, D.C., New York, Raleigh, and Atlanta, and has grown to 23 overall. It will welcome bring them and other supporters together at its convention August 13-15 in Maryland.

The network has been several years in the making, Carrie Bornstein, the executive director of Mayyim Hayyim in Newton, Massachusetts, told the Forward.

“The values [of the network] are of welcome, of structure and intention that’s involved with the intersection of tradition and modernity,” Bornstein said.

While mikvehs are traditionally associated with conversion rituals, pre-marital rituals, and observation of “menstrual purity,” they have begun to expand their offerings and focuses, especially within the Rising Tide network.

Indeed, the 2014 scandal where Rabbi Barry Freundel was found to be secretly taping women in his D.C. mikveh’s shower room led to a renewed push for more inclusive mikvehs. Mayyim Hayyim has been at the head of that movement since its founding in 2004.

“The mikveh itself has the potential to radically transform a community,” Bornstein said.

Mayyim Hayyim has gained prominence for its emphasis on inclusivity. The mikveh offers immersions for everyone from women processing abortions to those recognizing a “gender transition milestone.”

For Bornstein, the August meet-up is an opportunity to expand beyond Mayyim Hayyim’s own practices.

“There may be communities that may not be doing things exactly according to the Mayyim Hayyim blueprint, and we want those people to be at the table,” Bornstein said. “We believe there’s value in sharing.”

Rising Tide has already received funding from multiple charitable foundations and donors to build the infrastructure necessary for a “comprehensive” and accessible network. Its membership comes from a variety of denominations and backgrounds, said the network’s director, Amber Caulkins.

“We want to make sure that this exists in communities all over the world, so that wherever Jewish people are they have access to an experience like this,” she said.