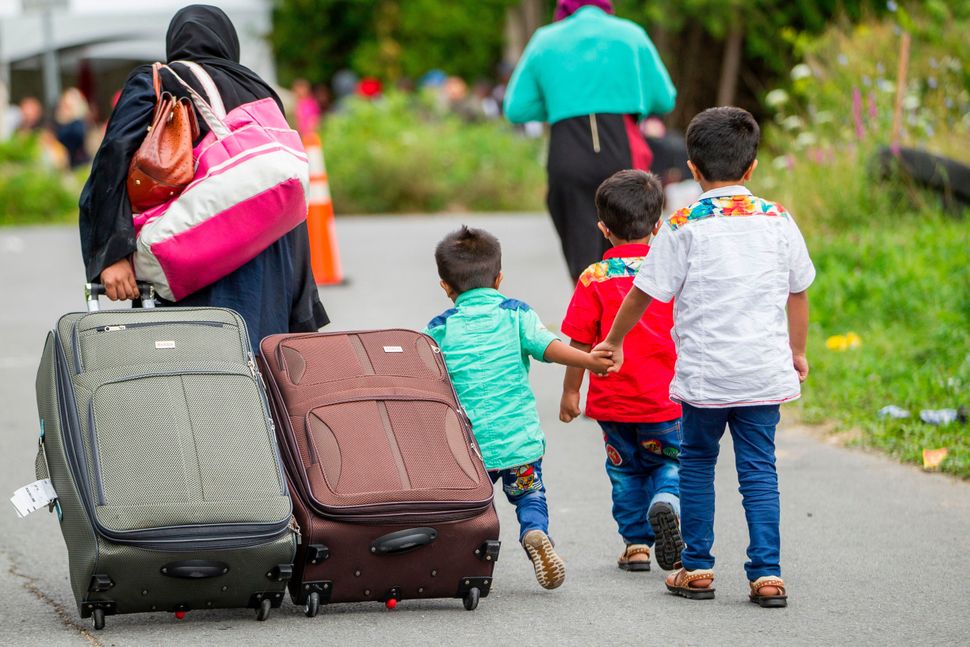 A group of Canadian rabbis is calling on Prime Minister Justin Trudeau to suspend a 2004 agreement with the United States that recognizes America as a legitimate country in which refugees can claim asylum.

The rabbis, citing the Trump administration’s recent policy of separating migrant families at the Mexican border and its ban on migrants from several Muslim-majority countries, say that the U.S. a not safe option for refugees.

“Our own Jewish people’s history instructs us of the necessity to find safe refuge in times of turmoil and lethal threat,” the letter, signed by 33 Canadian rabbis, reads. “Our people’s spiritual legacy teaches us that we must not stand idly by the blood of our sisters and brothers, regardless of where they are from.”

The letter from the 33 rabbis is the latest declaration of support for refugees from Jewish religious leaders in Canada. It asks Trudeau to rescind the Safe Third Country Agreement, reached between the U.S. and Canada in 2004. The rule, according to the Canadian Council for Refugees, was essentially a way for Canada to stem the flow of refugees passing from the U.S. into Canada. It states that the two countries recognize one another as equally viable for refugees, and that refugees should declare asylum in whichever of the two countries they first reach.

The rabbis represent communities from all over Canada, from Halifax to Vancouver. While Canada’s Jewish community, which is estimated at around 390,000 people, has gone back and forth in its general domestic political leanings, Canada overall has a positive attitude toward refugees and immigrants.

“There is a consensus in Canada that refugees are an important issue. There is no real pushback on that,” Robinson told the Forward. “The initiative is that they [the rabbis] want to express their Canadian angle for opposing the Trump administration refugee policy.”

While the U.S. has granted asylum to fewer and fewer people during the 21st century, Canada has seen an increase in asylum applicants over the past five years. Canada is now granting asylum at its highest rate in over a quarter-century. Since 2015, the U.S.’s grant rate has nearly halved, to 26%.

Other political parties and organizations have already called for the suspension of the agreement, but the governing party has not indicated that it is considering actually doing so.

Religious leaders in Canada, as in the U.S., have been highly involved in advocating for the rights of migrants and refugees over the first year and a half of the Trump administration. Some U.S. rabbis have even expressed their envy of their Canadian counterparts, because of the opportunities they are getting to bring refugees into their communities.

Proud of our RRA colleague Rabbi Liz Bolton, and all of the RRA rabbis in the US, Canada, and Israel who advocate for refugees! https://t.co/B6Mnmtd4zJ

The rabbis in the letter say that following the recent child separation policy at the Mexican border, the rule is no longer accurate.

“At this time, it is clear beyond any reasonable doubt that Canada must review and re-evaluate the U.S. qualification as a safe third country,” the letter reads.

Robinson said the rabbis’ letter touches on disagreements between Canadian cities and its federal government over who should pay for the housing, feeding and processing of asylum seekers. But, he said, as far as Canadian Jewry are concerned, the rabbis are essentially preaching to the choir.

“They’re not out on anybody’s limb, in terms of the likely reception their letter will get in Canada, and particularly in circles that are advocating for refugees,” he said.