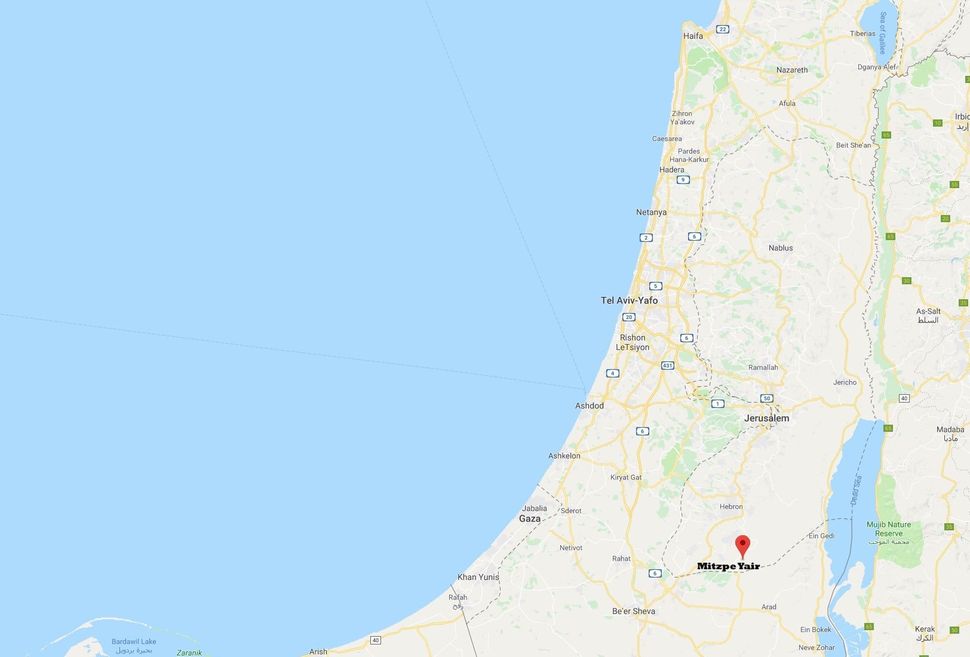 JERUSALEM (JTA) — Five left-wing activists documenting illegal settlement construction said they were injured in an attack by a group of Jewish settler youth.

The activists from the NGO Ta’ayush: Arab Jewish Partnership were taking photographs on Saturday in the unauthorized outpost of Mitzpe Yair, located in the South Hebron Hills. The group said in a post on Facebook that its activists were attacked with “stones, sticks and more.”

Five of the activists who suffered light injuries were taken to Soroka Hospital in Beersheba for treatment. The group also said that its camera equipment was damaged.

The incident occurred in front of Israeli soldiers, who did not intervene, the group charges.

Yohai Damari, chairman of the Har Hebron Regional Council, told Israeli media that members of the NGO entered private homes in the outpost and provoked the residents, something the group denies.

“The activists of the anarchist Ta’ayush organization chose to disrupt the Shabbat peace of the residents of Mitzpe Yair, entering their private homes and filming there while violating a closed military zone order, all in order to create a provocation. Any person in their right mind would act to protect his home and his family and remove the invading criminals when they came into their house,” Damari said in a statement.

The IDF spokesman’s unit said in a statement that the Ta’ayush activists went from the construction site to the settlement, where “friction” developed between the activists and settlers. IDF soldiers declared the area a closed military zone in order to deescalate the tension.