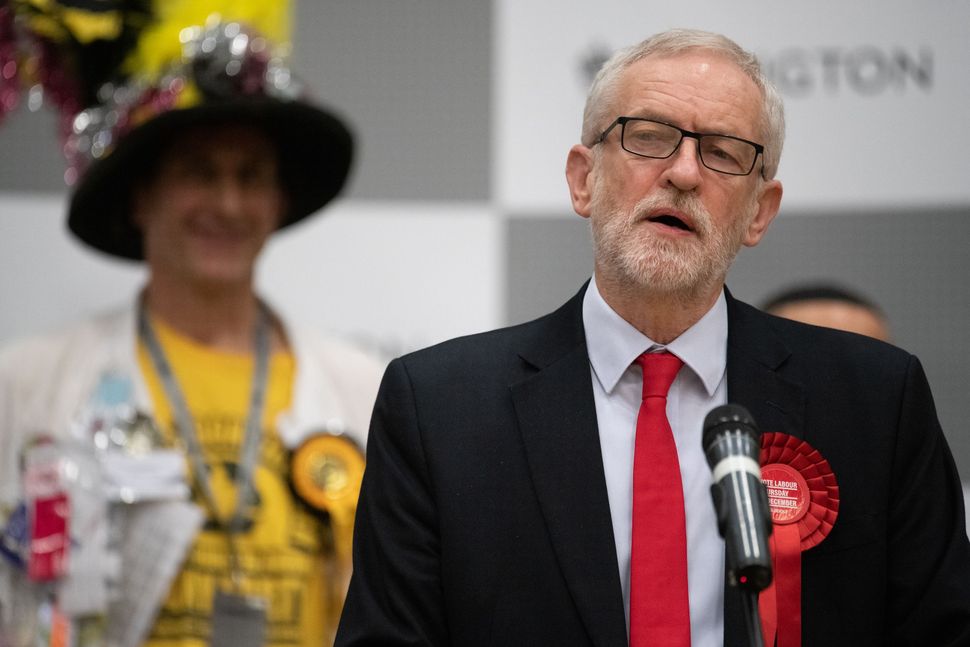 Many British Jews group expressed their relief that the Labour Party suffered their worst electoral defeat in decades on Thursday.

Party leader Jeremy Corbyn had been criticized for years amid claims that he allowed anti-Semitism to fester within the party, and a poll found that 87% of British Jews believed that he was personally anti-Semitic.

In the end, the Conservative party, led by pro-Brexit Prime Minister Boris Johnson, grew its standing to 365 seats in Parliament, while Labour shrunk to 203. The front page of the Jewish News, the country’s most-read Jewish newspaper, proclaimed that the result was a “Chanukah miracle.”

Marie van der Zyl, the president of the Board of Deputies of British Jews, the country’s Jewish umbrella organization, congratulated Johnson on his victory and urged him to “bring the country together.”

Her statement also criticized the Labour leader. “When he eventually steps back, history will not look kindly on Jeremy Corbyn’s leadership of the Labour Party, where anti-Jewish racism has been allowed to run amok and some at the highest levels of the party have appeared to collude to protect antisemites,” she wrote. “We urge the next leader of the Labour Party to act quickly to implement the steps repeatedly recommended by Jewish communal groups to begin solving this crisis and moving our politics forward.”

British Chief Rabbi Ephraim Mirvis, who wrote an op-ed last month claiming that Corbyn was “unfit for office,” issued a call for unity. “The election may be over, but concerns about the resurgence of antisemitism very much remain,” he tweeted. “Islamophobia, racism and other forms of prejudice continue to afflict our communities and, as has been well publicised, even our political parties. It is vital that we now bring the country together, ensuring that the voices of people from across our society are heard and respected.”

“The British public watched the once proudly anti-racist Labour Party become infested with Jew-hatred and it has resoundingly decided to stand with its Jewish community and give the antisemites a crushing rebuke,” the group Campaign Against Antisemitism said in a statement. “The faith that British Jews showed in our country has been vindicated.”

Left-wing Jewish groups adopted a more mournful tone, given that the Conservative Party would push for Brexit and continue to rule the country for five more years.

The Jewish Labour Movement, the official society for Jews affiliated with Labour, claimed Corbyn and his allies were “responsible for Labour’s moral and political failures must take responsibility themselves for allowing five more years of Tory rule,” which they predicted would “stoke the rising tide of racism, islamophobia, antisemitism and hatred within our society.”

The group had announced a few days before the election that they were refusing to endorse the party and would only work to elect specific candidates they felt were supportive of Jewish concerns. Their chairwoman was one of the Labour politicians who lost their seats on Thursday.

Jews Against Boris, a new group that called on the Jewish community to work to prevent a Conservative victory, said that the election results were “heartbreaking and terrifying.” They claimed that Johnson’s “embrace of the far-right is a crisis which threatens all of us and none of us are safe unless we all are.”

Corbyn announced on Friday that he would step down as party leader early next year after an internal election to choose his replacement.