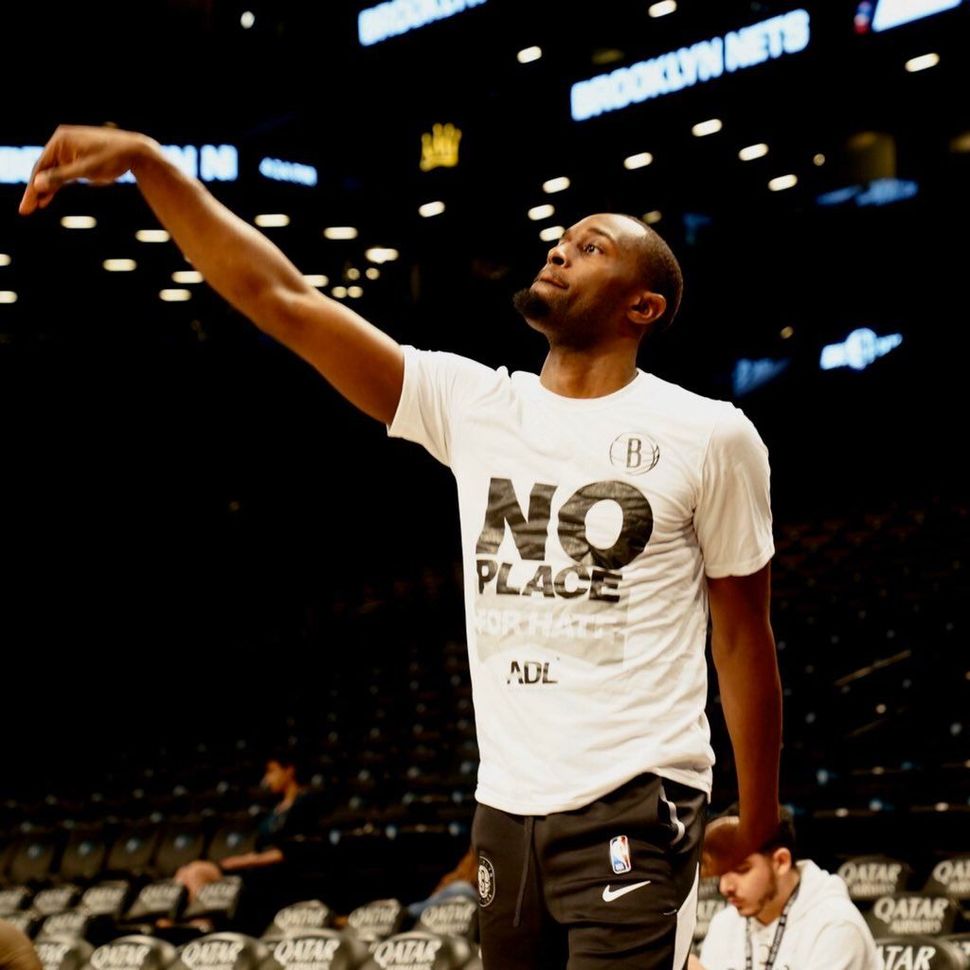 (JTA) — The Brooklyn Nets warmed up in shirts that read “No Place For Hate” and bore the logo of the Anti-Defamation League on Sunday night, before a game against the Atlanta Hawks at the Barclays Center in Brooklyn.

“No Place for Hate” is the ADL’s education program for combating bias, bullying and hatred in public schools.

The campaign was started as the number of anti-Semitic attacks has risen recently across the New York area, particularly in the borough of Brooklyn.

Tonight, we’re warming up in #NoPlaceForHate shirts in collaboration with the @ADL to show that #WeGoHard against hate. Learn more here about how to fight hate for good: https://t.co/qJnpurBtdY pic.twitter.com/wWcQNo4FdB

The team tweeted photos of players warming up in the shirts, writing: “Tonight, we’re warming up in #NoPlaceForHate shirts in collaboration with the @ADL to show that #WeGoHard against hate.”

The post Brooklyn Nets warm up in ‘No Place For Hate’ shirts with Anti-Defamation League logo appeared first on Jewish Telegraphic Agency.