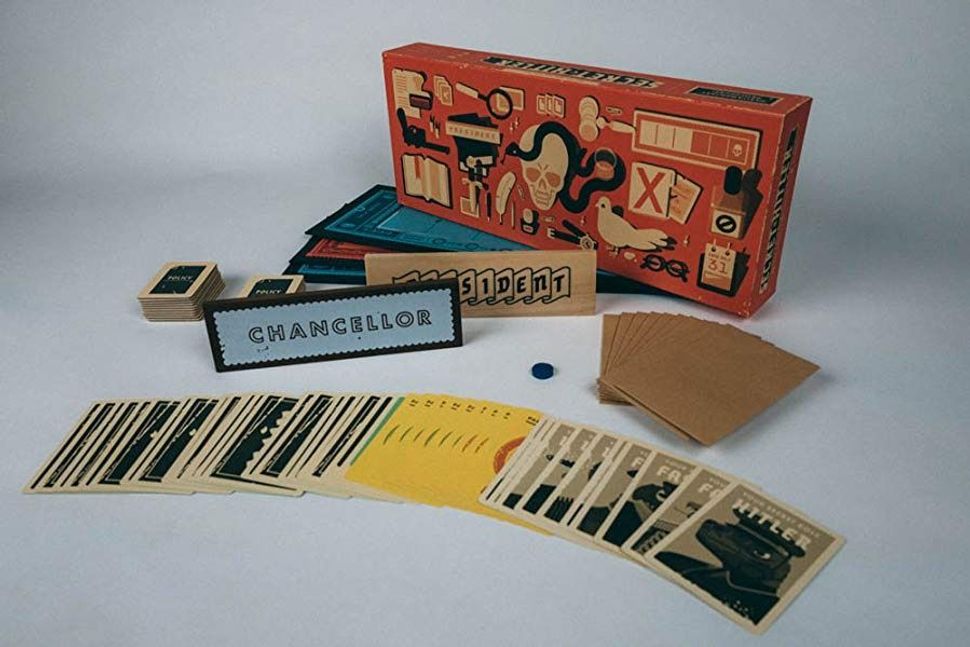 (JTA) — A board game called Secret Hitler was removed from the shelves of three stores in Montreal.

Branches of the Tour de Jeux chain removed the game following a call from B’nai Brith Canada. Harvey Levine, B’nai Brith’s regional director in Quebec, told the Montreal Gazette that his office had received complaints from members of Montreal’s Jewish community about the game, which is about the rise of fascism.

“Anything that depicts anything regarding Hitler is a very sensitive issue, especially with growing anti-Semitism throughout Canada, the U.S. and around the world,” Levine told the newspaper.

The game, set in Germany in 1933, divides players into two teams – the liberals and the fascists.  The fascists work to put their leader in place, while the liberals try to find and stop the player who is designated the Secret Hitler. The game came out in 2017; it was removed from the Tour de Jeux stores on Sunday.

It remains available on Amazon, which calls it a “fast-paced game of deception and betrayal” with “beautiful wooden components” and “Hidden roles and secret envelopes for five to ten players.”

One of the creators, Max Temkin, a designer from Chicago, is Jewish. He also is the co-creator of the politically incorrect game Cards Against Humanity. Secret Hitler was financed through a Kickstarter campaign launched in 2015.