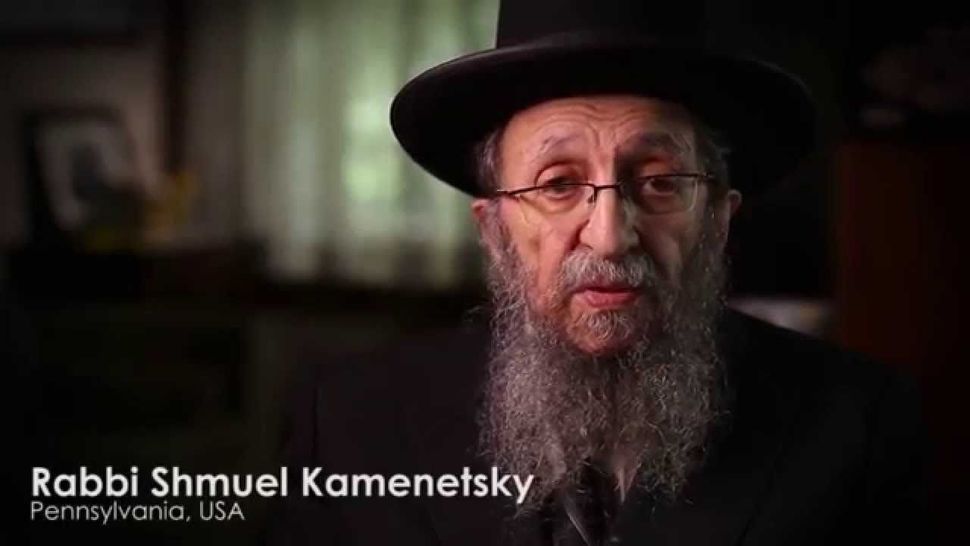 Rabbi Shmuel Kamenetsky, a leader of American ultra-Orthodoxy, endorsed Donald Trump for the 2020 election in a rare statement to the Orthodox Mishpacha magazine.

“I think people should vote for him,” said Kamenetsky about Trump. “He’s done a good job. It’s hakaras hatov,” he said, using a Hebrew phrase for appreciation for a good deed.

He didn’t specify exactly what people should be grateful for, but Trump has enjoyed passionate support from many Orthodox Jews, who see him as a staunch supporter of Israel and of conservative religious values. About a quarter of American Jews vote Republican, including more than half of Orthodox Jews, according to surveys.

Kamenetsky is a leader in the “Yeshivish,” world, one of two kinds of ultra-Orthodox communities. Yeshivish leaders rarely weigh in on recommending one candidate over another. The other, called “Hasidic,” tend to vote in blocks, with their leaders openly endorsing candidates.

Kamenetsky, 95, is the head of the Talmudical Yeshiva of Philadelphia, and a member of an elite council of the Agudath Israel of America, the ultra-Orthodox world’s leading lobbying and advocacy organization.

In the interview, Kamenetsky expressed his concerns that religion is on the decline in the United States. “G-d has become a dirty word in much of America,” he said.

Kamenetsky said it doesn’t matter how the president talks. “That’s because he’s a gvir, a wealthy man,” he said. “Wealthy, powerful people have a way of speaking and acting that is not refined. That’s not a reason not to vote for him.”

Kamenetsky is also known for stating that he believes vaccinations to be a hoax.

Not all of Kamenetsky’s constituents share his attitude toward coarse language, or the president.

In the same issue of Mishpacha, a full-page ad taken by a group of Orthodox rabbis and thinkers seemed to criticize those who support Trump.

“Good character and benevolent governance are devalued,” they wrote. “Many politicians and media figures revel in dividing rather than uniting the citizens of our country. Others legitimize conspiracy theories. None of this is good for America, and certainly not for us Jews.”