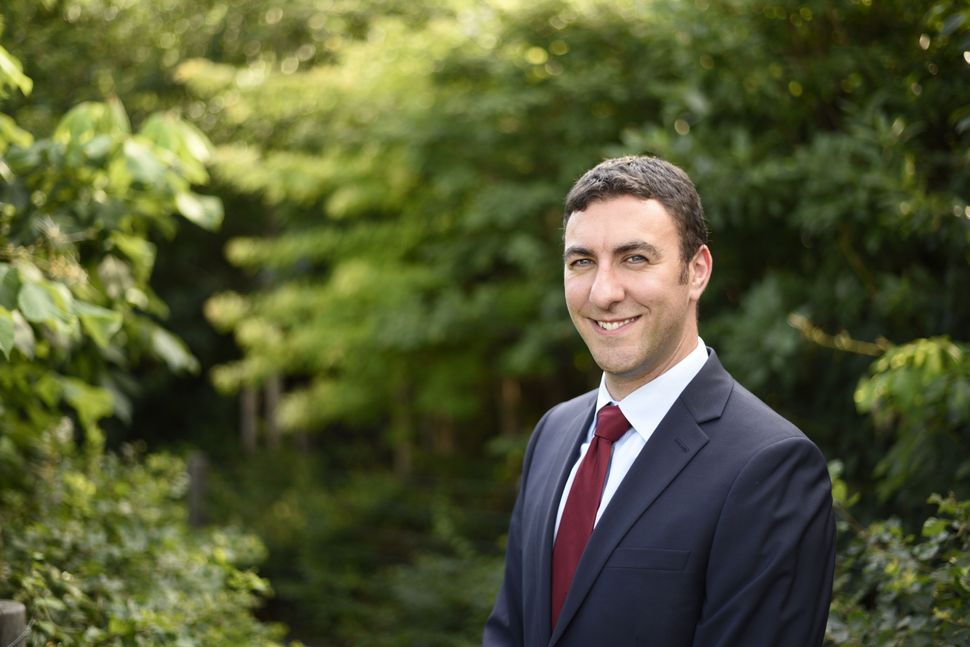 For Eric Dinowitz, a public-school teacher, father of 5-year-old twins and aspiring politician, one of the challenges living through the COVID-19 pandemic has been the disruption of his musical career.

Dinowitz is a member of Six13, a Jewish all-male a cappella group formed in 2003. In an interview, he said what he has missed most over the last 11 months is frequent visits to the group’s recording studio and “traveling to different communities around the country,” which he described as “quite an experience.”

The group is mostly known for its Passover and Hanukkah parody songs, as well as political parodies. In 2016, it performed a parody of the Hamilton musical at former President Barack Obama’s White House Hanukkah party.

Dinowitz, the son of State Assemblyman Jeffrey Dinowitz, is one of six candidates running in a special March 23 election to replace Andrew Cohen, who vacated the 11th district seat early after winning a state Supreme Court judgeship in November. Other candidates include Jessica Haller, a climate activist; attorney Daniel Padernacht; Mino Lora, an educator at the People’s Theatre Project; Carlton Berkley, a former New York police detective; and Kevin Pazmino, a freelance videographer.

Dinowitz, 35, who has both name recognition and establishment support — including endorsements from Rep. Ritchie Torres, Rep. Adriano Espaillat, Bronx Borough President Ruben Diaz Jr. and the local Democratic Party’s chairman, State Sen. Jamaal Bailey — and Haller, 46, are the leading candidates. The two have each raised more than $70,000, enough to grant them public matching funds of $190,000 apiece.

Born and raised in the Bronx, Dinowitz began his musical career in fifth grade. It started at the Riverdale Y, where his older sister was performing in a show, whose director approached Dinowitz’s mother to say he needed a young boy for the upcoming show, “Bye Bye Birdie.” Dinowitz ended up playing Randolph in the musical.

“At that moment, I fell in love with theater, with the community around it and with the music,” Dinowitz recalled. By 16, he was performing in the Purim megillah reading at the Conservative synagogue Adath Israel of Riverdale. While at Binghamton University, Dinowitz joined a student-run Jewish a cappella group called Kaskeset — the Hebrew word for “fishscales” — and eventually became its musical director. That’s where he met his wife, Tamar, a vocalist on the team.

“It wasn’t about music, it was about people,” Dinowitz said of the college group. “It’s almost the same thing I feel about education,” he explained. “Education isn’t just about learning science. It’s about how you are using that science to help other people. And so we used our music to develop strong bonds with one another.”

After graduating from Binghamton — “or as many grandmothers love to call it, ‘SUNY Harvard,’” he noted — with bachelor’s degrees in political science and music, he joined Six13. He sings tenor and baritone and also does vocal percussion for the group.

The most striking moment in his musical career, he said, was at a show at the Beth El synagogue in Omaha, Nebraska, where kids in the audience stood up and danced. After the show, an older person came up to Dinowitz and said something in Yiddish, which he didn’t understand.

“I was like, OK sir,’” Dinowitz recounted. A friend who was familiar with the language then turned around and told him that it meant, ‘You are proof of Hitler’s defeat.’

“That was one of the more powerful moments that stuck with me in all of my dozens of gigs,” Dinowitz said. “It was one of those moments when you realize it’s not just about the music. It’s the people behind the music and how you are engaging communities with what you’re bringing to them.” 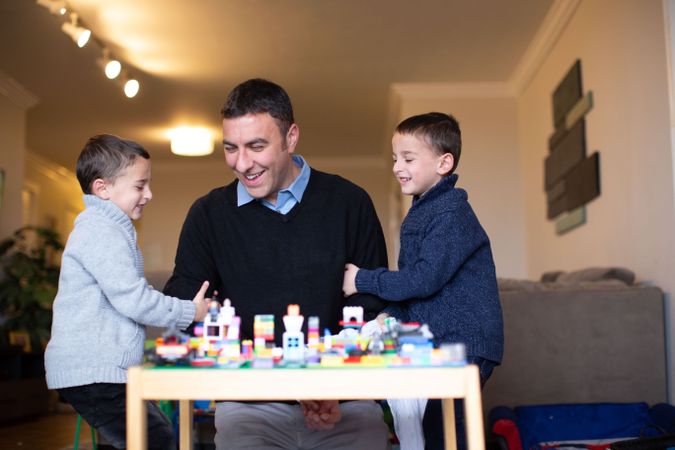 Dinowitz, then just 21, had started teaching at the Bronx Theatre High School in the John F. Kennedy campus for students with special needs. He spent seven years there, and then moved to Walton High School in the Bronx, where he has taught special education for the past five years. (He recently left his job to focus on his election) He also served as a chapter leader in the United Federation of Teachers, New York’s powerful teacher’s union — which is backing him in the race — and is a community activist, lobbying for causes like transit accessibility, education and election reform.

Dinowitz said he hopes that his experience as a public-school teacher and passion for community service will give voters confidence that if he is elected, children and working families “would have a fierce advocate in City Hall.”

“I see every day in the classroom the effects of public policy on the lives of children and on working families and how our city has, unfortunately, failed so many of our children,” he said. “I don’t get the feeling that our voices are being heard. And one of the things I want to do as a member of the City Council is, I want to make sure that our voices are being heard.”

He recalled that, while a child, he joined with his parents to clean up parks and support food drives, and said: “It was in those moments where I knew that helping people and helping the community was something that I wanted to do.”

“Being Jewish is a huge part of who I am,” he noted, “but I don’t make a big show of being Jewish.”

He added, “One of the things that I’m very proud of as a Jewish person — I’m always taken aback with it — is that no matter what the crisis of the moment, no matter who is facing the crisis, I always see the Jewish community rise up to support what’s right.”

Dinowitz criticized Mayor Bill de Blasio for his handling of social-distancing violations in the Orthodox communities of Brooklyn in the early months of the coronavirus pandemic. “The reality exists that there are people whose only interaction with Jews is what they see and hear on television,” he said. “And so when you have elected leaders singling out a specific group, I think it feeds into the negative stereotypes that we as Jews have been fighting forever.”

He was bar mitzvahed at the Riverdale Temple, but his teenaged musical experience at Adath Israel inspired him to become an active member there. Dinowitz said that since his twins were born in 2015, he only attends services outside of the high holidays “once in a blue moon.”

Dinowitz has visited Israel three times, the first on a Birthright Israel trip in 2005.

Whoever wins the special election in March will serve out the remainder of Cohen’s second term, which ends in December. That winner would then have to campaign for a full term that starts in 2022, competing in the June primaries. The district is solidly Democratic, so whoever wins in June is all but assured to win the general election in November.

Dinowitz said his pitch to voters is that he will “bring experienced leadership rooted in the community.”