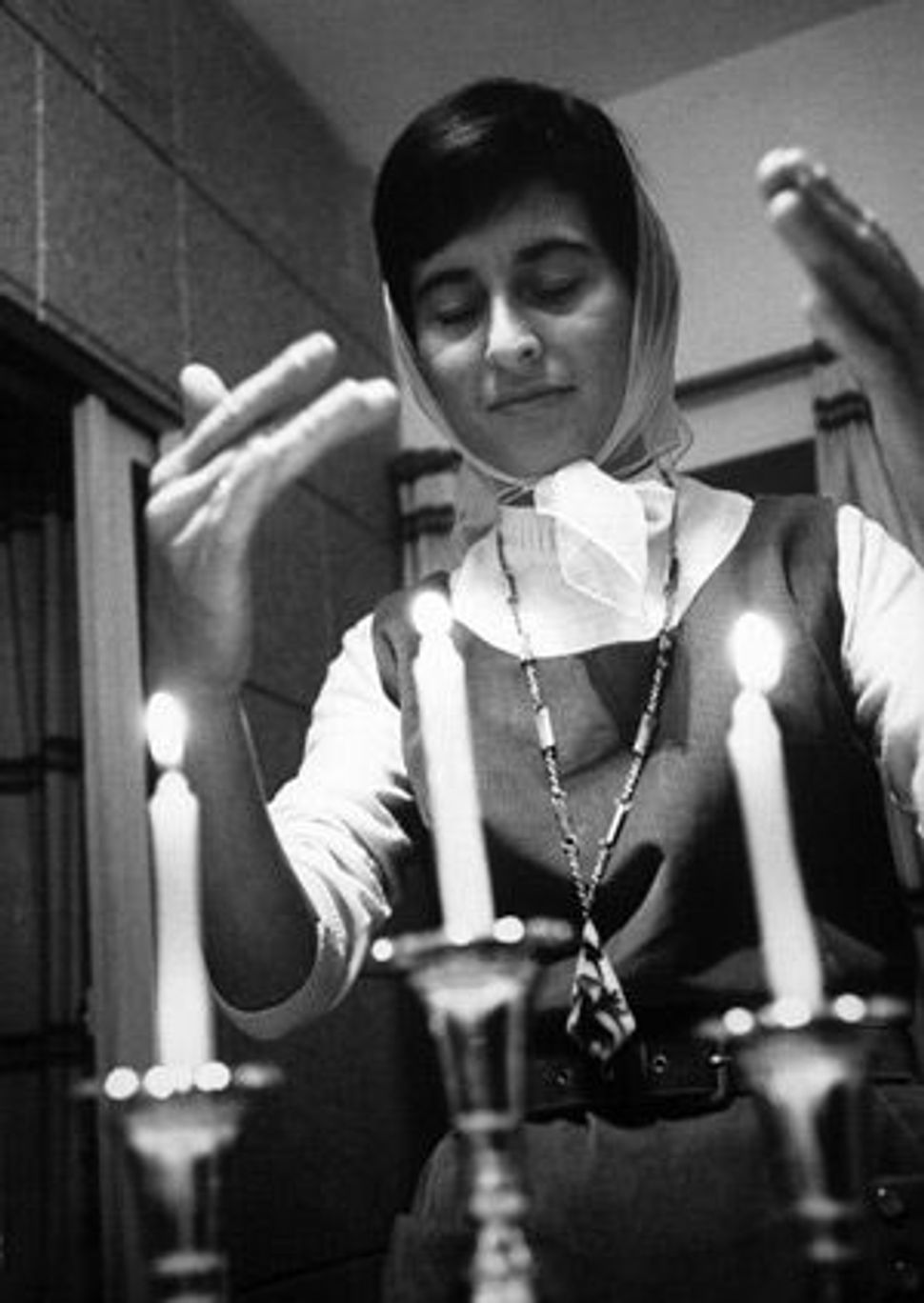 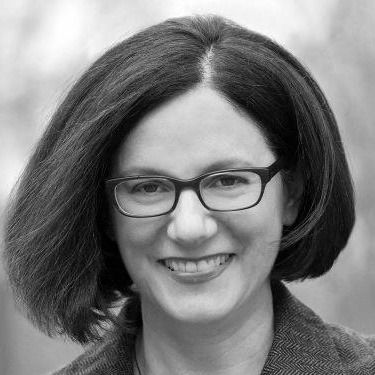 To love Judaism is to know how much the Sabbath matters. But neither knowledge nor love is quite enough to move many Jews, perhaps most Jews, to observance, or even to the level of observance they feel, deep in their hearts, commanded to achieve. 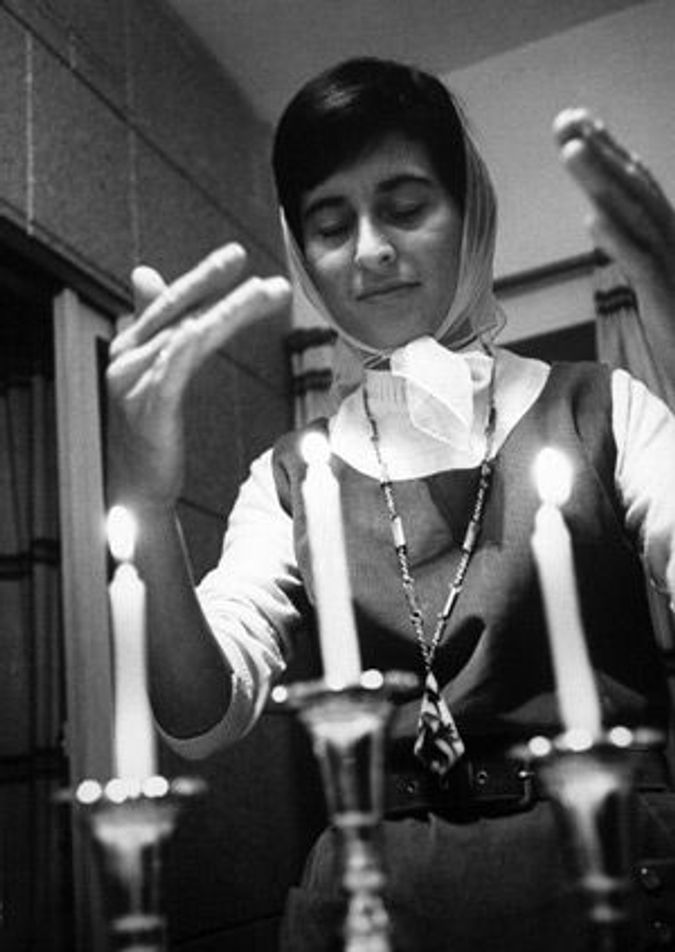 This state of cognitive dissonance prevails even in Israel, where the non-enforcement of the many Sabbath laws on the books has the effect of deepening the divide, every Saturday, between observant Jews and everyone else. There are many secular Israelis who look back with a fierce nostalgia at the quiet, commerce-free Shabbat of their youth, and mourn the fact that the day of rest appears to have become the exclusive province of the Orthodox. “The Israeli Shabbat nowadays is either a religious one in synagogues or spent in shopping centers,” the writer Amos Oz remarked recently. “I regret that.”

How can we make Sabbath keep-able for all of us, not just for the highly religious? That we need something like the Sabbath in our lives makes obvious, intuitive sense. Both Israel and the United States are places where the economic engine of high technology makes us richer and smarter but also revs us up into a state of endless, inescapable on-ness.

Dutiful in our electronic consumption, fulsomely confessional in our blogging and tweeting, obsessive in our quest for total connectedness, we divide and subdivide our time and attention ever more finely and continuously among professional and domestic tasks and games and gizmos with adorable names (Blackberry, iPod, Google, Twitter). Consider this recent finding: In January, the Kaiser Family Foundation reported that American children ages 8 to 18 now spend more than seven-and-a-half hours a day on electronic devices — up an hour from the last study, done five years ago.

These devices may seem innocent enough, but when we interact with them we enter a profoundly fluid temporal universe with no beginning or end and none of the usual boundaries between day and night, work and rest, shopping and non-shopping. The proliferation of mobile communications devices, combined with the global 24/7 economy, is moving us further and further away from the temporal regimes that have kept us sane for centuries and into a zone of perpetual momentum that keeps speeding us up without ever prompting us to stop.

But how can an ancient custom observed by a small number of highly pious people serve as a brake against the dissolution of everyone else’s sense of temporal order? Answering this question means recognizing that the Sabbath is not just a religious institution involving rest and prayer and study — a Christian as well as a Jewish one (although Christian Sabbath observance has gone into such steep decline that many people now think of the Sabbath as an exclusively Jewish practice). The Sabbath is also a political idea, one with universal application. The Sabbath stands as proof that society can make a better life for its members by taking charge of their time and regulating its use.

It is widely known what Ahad Ha’am had to say on the subject: “More than the Jews have kept the Sabbath, the Sabbath has kept the Jews.” What he meant goes well beyond Jewish survivalism. He meant that the regulation of time through the laws of the Sabbath gave the Jews the chance to regroup in communities at the end of every week, and that that regrouping sustained their Jewish identity.

What the Sabbath does to foster such social solidarity is simple. The Sabbath coordinates non-work time. It makes people stop working not only for 25 hours a week but for the same 25 hours a week. When people share their non-work time, when they look up from their chores or computers or smart phones and start to look at one another, what they see is family members and neighbors and co-religionists; what they don’t see is bosses or customers or service personnel — that is, people shoehorned into the mutually exploitative roles that may estrange us from one another even as they bring us into contact. It is through the non-instrumental relationships in our lives, not the instrumental ones, that we forge the bonds of a loving, cohesive society.

Laws that limit work time and synchronize schedules and encourage people to socialize at one time rather than another — these sound un-American to most Americans, and like an undue intrusion of rabbinic authority to many Israelis. But that is not how most people, American as well as Israeli, saw the matter as recently as 50 years ago.

Here in the United States, when in 1961 the Supreme Court upheld Sunday closing laws against the charge that they violated the First Amendment, Justice Felix Frankfurter wrote an opinion in which he deemed the harm done by the shuttering of businesses and factories on Sunday — he was thinking in particular about the effect of blue laws on enterprises run by Jews and Seventh-Day Adventists — to be trivial compared to the need to preserve “a cultural asset of importance.” Sunday, he said, undergirds American well-being. It provides a necessary “release from the daily grind, a preserve of mental peace, an opportunity for self-disposition.”

Frankfurter’s point was this: Resting is a collective act. If you crave what the psychologist G. Stanley Hall elegized in 1908 as the Sabbath’s “freedom from all slavery to the clock, better and more leisurely toilets and meals, the hush of noise on the deserted street, the greatly intensiﬁed charm of the sky, sunshine, trees, ﬁelds… more zest for reading and perhaps study, converse with friends, calls, visits, correspondence, as well as rest pure and simple, for body and mind,” you have to move to a world in which everyone cherishes the same timeless quiet, or does not disrespect yours.

Nowadays, when this level of peacefulness seems out of reach, we blame ourselves for not designing better lives for ourselves, for over-committing and failing to manage our stress. We call ourselves workaholics. We pledge to change. But the inability to stop scheming and striving and fussing and communicating is not an individual problem. It’s a reaction to an environment in which work is always being done or distraction always being had, and there is never a moment when everyone just stops pursuing their usual pursuits.

The Sabbath teaches us that we must summon up the collective will to enforce pauses in our hectic lives. But how should we do that? Should we bring back the old blue laws in America? Should we toughen the existing Sabbath laws in Israel? Can laws really help us control what seems like the very private urge to work throughout the weekend or text non-stop? Yes and no. No, we can’t return to the old ways of regulating Sabbath behavior. But yes, there are things we can do to protect our time if we allow ourselves to be inspired by the Sabbath — to become, to use a fancy word, Sabbatarians.

Let’s start with what we could do as individuals. The simplest way to be a Sabbatarian is to keep the laws of Shabbat, since they have proven their effectiveness over centuries. This, however, may also be the hardest way to be a Sabbatarian, since it may require a whole new personality, or at least a whole new relationship to religion, as well as moving to within walking distance of a synagogue.

But just because we don’t become baalei teshuvah doesn’t mean we can’t go part of the way. Being a Jew has always meant finding a place on the spectrum between keeping all the commandments and keeping none. Contrary to the claims made by certain Jewish authorities, there has never been one true way to be a Jew. You can keep the Sabbath in part, or you can keep it in a way that ignores the letter of Jewish law while honoring its spirit. Say you wanted to maximize family time one day a week. Why not impose an electronic blackout on the Sabbath? A day without computers and smart phones and Nintendo DS is a day in which you and your children are forced to talk to each other.

As a group, we could try to inculcate a Sabbatarian spirit in the larger society. For example, we could fight for the preservation of shared non-work time. We could support workers’ demands either to work only during the hours traditionally set aside for work, and not during the hours traditionally set aside for community, or else to be paid extra for sacrificing that social and family time. We could demand laws that entitle us to better vacation packages and more family leave. America has the worst vacation and family-leave policies of any industrialized nation; there is no place on earth that would benefit quite as much from having its Sabbatarian consciousness raised.

Does any of this amount to keeping the Sabbath the way we’ve always longed to but have never been able to pull off? There will always be authority figures who say no, to whom only following the laws counts as observance. But the Fourth Commandment tells us to remember the Sabbath as well as to keep it. And when we try to remember the vision of the good life that is embedded in the Sabbath, we help create the conditions — the atmosphere of repose — that make it possible for other people to remember the Sabbath too. And all that remembering brings us closer to a world in which the idea of the Sabbath possesses contemporary relevance and genuine force, rather than a tinny old-world charm.

Judith Shulevitz is the author of “The Sabbath World: Glimpses of a Different Order of Time” (Random House).