Menu
HomeShedding Light on the Legacy of Ground Zero

I am not presently a New Yorker — though as one who was raised in New York it pains me to say so — but I am a student of history, so I must address two issues that have come up in the debate over the proposed Park51 Islamic cultural center near Ground Zero.

One, a cultural center with a mosque two blocks away from Ground Zero will have little to no impact on visitors to Ground Zero.

Two, the idea that a precedent for moving the center was set by contemporary Auschwitz — “a Catholic convent was going to be built nearby, and it was moved in consideration of Jewish feelings” — is contorted at best.

On the first point, let me explain. An elaborate memorial museum is currently under construction at Ground Zero that will shape visitors’ experience at the site. Filled with enormously powerful artifacts from Ground Zero, its planning team is highly competent (I worked with many of them in the creation of the United States Holocaust Memorial Museum and exhibitions elsewhere) and its design will be visually moving and emotionally compelling. It

will tell what happened, what was lost, who was lost, who perpetrated the deed and why, who came to the rescue of the victims and the price that they paid for that rescue.

It will have to deal with the paradox of the site: the presence of absence and the absence of presence.

It will have to deal with the anomaly of the site where new buildings will arise from the ashes, new workers will enter the buildings and an extensive office and retail complex will take form on the site of the twin towers.

The meaning of an event of this magnitude is not found in the event itself, but in its aftermath, in what is done with the memory of the event.

Most who enter the rebuilt Ground Zero will be coming on business, entering its buildings day by day. All too soon, they will pay little attention to what was there before and much more attention to the tasks of the day. Only the visitors coming to the memorial and the museum will be paying specific attention to the events of September 11, 2001, and their attention will be shaped by the memorial and museum and not at all by what is happening two blocks away.

On the second point, a number of people, including my respected friend Abraham Foxman, national director of the Anti-Defamation League, have offered an analogy to Auschwitz in opposing the mosque. This analogy is inappropriate.

A Carmelite convent stands near Auschwitz. It was in fact moved back from its close proximity to the camp after Jews objected. But it was not the simple proximity Jews minded, but the likely amplification of already existing errors of history perpetuated at today’s Auschwitz. My friend Foxman omitted from his analysis the fact that for 45 years, the history of Auschwitz was misrepresented by the creators of the memorial museum. Under Communism, the identity of the Jewish victims was obfuscated. A false history was created. They taught that four million people were murdered there — two million Jews and two million Poles. The actual figure is between 1.1 million and 1.3 million people, 90% of them Jews. National exhibitions were created for France and Belgium, Holland and other countries under German occupation as if the nationals of these countries were murdered because of their nationality, not because they were Jews. Even the recently constructed exhibition on the Roma and Sinti (Gypsies) at Auschwitz I is misleading, because the so-called Gypsy Camp was actually at Birkenau.

There were — and are — strong forces within Poland and within the Catholic Church who wanted to use Auschwitz to spur Polish national memory and to obliterate the memory of the Jews. That is the context in which opposition to the convent at Auschwitz was voiced — and the building was duly placed at a remove.

Meanwhile, the German-sponsored International Youth Meeting Center stands near the Auschwitz concentration camp at roughly the same distance that the Islamic center would be from Ground Zero. It has been in place for decades without a murmur from the Jewish community. In fact, Jewish groups use the center, sleep there, study there, convene there and eat there. Kosher food is served on request.

Near Auschwitz, there is also a Centre for Dialogue and Prayer, built under the leadership of the late Pope John Paul II, situated roughly the same distance from the camp that the Islamic center would be from Ground Zero. Jewish groups sleep there, study there, meet there and eat there. Kosher food is also served there on request.

There is no analogy to Ground Zero, where a brilliant memorial and a moving museum will rise and will in turn shape the experience of those who visit the site. There is no danger that an Islamic Cultural Center can overwhelm the power of the sacred site. I suspect that without this invented controversy it would have hardly been noticed.

Still, there is every danger that the opposition to the Islamic Cultural Center will distort and vulgarize the legacy of 9/11 that is still being shaped. 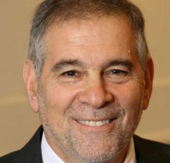 Shedding Light on the Legacy of Ground Zero

Shedding Light on the Legacy of Ground Zero