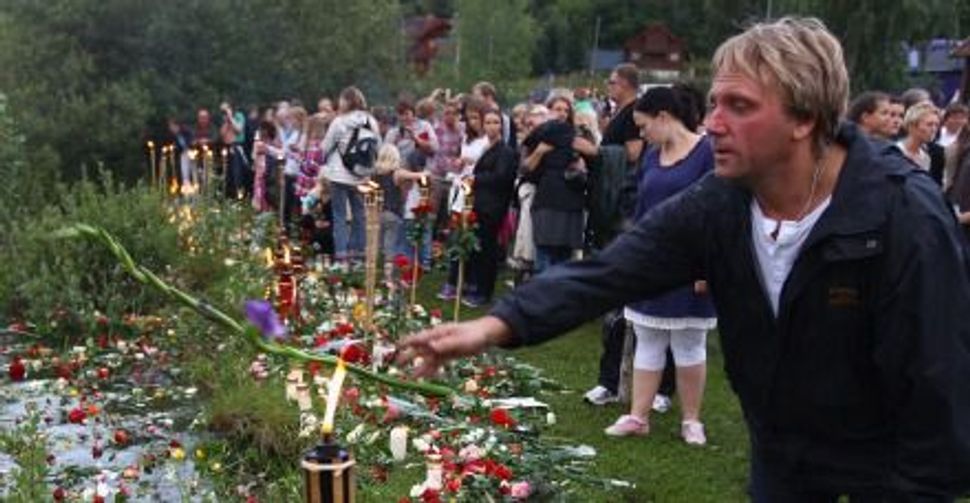 An act of depravity like the mass murder on Norway’s Utoya Island can evoke many emotions, from anger to pity to mourning for those lost, sympathy for the bereft or simply despair over what our fellow humans are capable of. One response it should not evoke, though, is satisfaction, however mixed. No end can remotely justify such a means. None. Life is too precious.

Sadly, sounds of satisfaction were all too audible from every corner of the political and ideological spectrum in the days following the attack. Some on the left gleefully seized on the anti-immigrant, anti-Muslim manifesto of accused killer Anders Behring Breivik, waving it like a bloody flag to discredit anyone who shared any part of his views. Some on the right just as eagerly seized on the left’s too-quick response to the barbarism as a way to tar liberalism wholesale as benighted — or even to suggest, perversely, that the left’s overreactions somehow proved the wisdom of the right’s nativism.

There were people on the far right who openly sympathized with Breivik’s views, and while denouncing his deed insisted that it drove home the urgency of their cause. People like the head of the nativist English Defense League, Stephen Lennon, who told reporters the massacre was a symptom of “growing anger in Europe” and proves that if “you suppress people’s rights,” the anger will simply “go underground.” People like politician Mario Borghezio of Italy’s Northern League, a member of that country’s ruling coalition, who went on radio to gush over Breivik’s views, crowing that “barring the violence, some of them are great.”

And, inevitably, there were people on the far left who decided the massacre was an indictment of Israel because Breivik had expressed sympathy for Israel and hatred of its enemies. A number of left-wing websites even claim, on the flimsiest of pretexts, that the Norway killings have “Mossad’s fingerprints” on them, in the words of anti-Israel blogger Stephen Lendman.

All these responses to the massacre are misplaced, and not because of their particular messages. Some, of course, are utterly grotesque. Others might ring true to some of us. What they share is an unseemly eagerness to score a few points for their preconceived convictions on the bodies, not yet cold, of Norway’s dead.

And they share one other thing: a certainty about the absolute rightness of their own views and the absolute wrongness of those who disagree with them.

Breivik believes he is fighting a war to save Christian Europe from a Muslim invasion. It is an odd sort of invasion, carried out not by armies but by immigrants seeking a better life for themselves and their families. His counterattack was hardly less odd: Rather than attack his imagined enemies, he went to war against his fellow Norwegians. He chose a summer camp full of teenagers for his target, apparently having decided they are fair game because their camp is sponsored by a political party that he sees as collaborating with his enemy.

To be sure, the deluded, would-be warrior is not the only person unsettled by Europe’s immigrants and their difficulties integrating into their new homes. Hundreds of millions of people around the globe are anxiously watching the continent’s uneasy adjustment to demographic change. Millions have strong opinions, one way or the other. In opening fire on the teenagers at the Utoya camp, Breivik meant to make himself a lightning rod and sharpen the terms of that debate. He hoped to force people to take sides, for him or against him, and turn an anxious discussion into an open war.

That, more than anything, is the reason that all the cocksure judgments of the massacre’s meaning are wrong. Whether one favors or opposes open immigration, whatever one thinks of multiculturalism, these are political debates where certainty and absolutes have no place. The best response to this crime is to honor uncertainty and mutual respect.

“Do not rejoice when your enemies fall”: So says the Bible that Christians, Muslims and Jews alike call holy. That’s not just a commandment for wartime. It’s a good attitude to carry into political disagreement, so it doesn’t escalate into war.