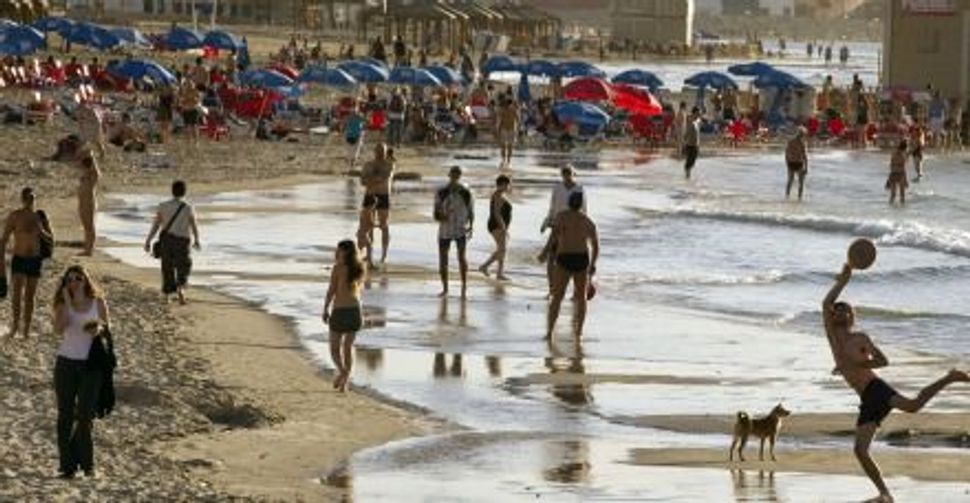 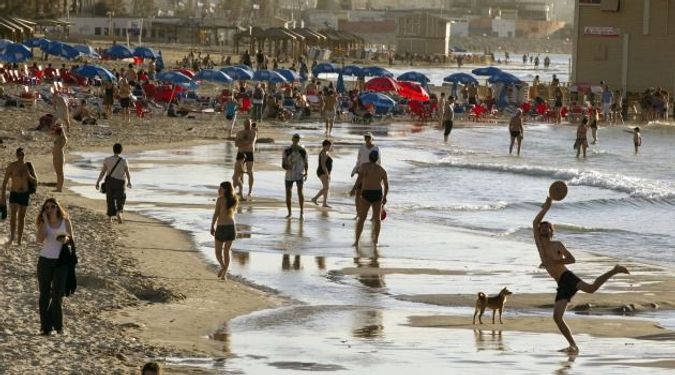 Friday or Sunday? Picking the days of the weekend doesn?t seem like a momentous decision (pack the suntan oil for when?). But it actually says plenty about Israel. Image by getty images

Should Israel’s two-day weekend include Friday or Sunday? The question has a far deeper meaning than may meet the eye. It touches on Israel’s identity: Are we part of the Arab Middle East or part of the West?

The two-day weekend that has evolved in Israel in the course of the past three decades or so spans Friday to Saturday. This would seem natural. The Muslim 16% of Israel’s population rests and prays on Friday. Observant Jews need Friday afternoon to prepare for the Sabbath. Businesses that open on Friday also close early. Only schools in Israel still universally maintain a six-day week and convene on Friday. Soccer games are played Saturday, meaning that observant Jews can’t participate.

This would seem to place us firmly in the neighborhood of the Middle East as opposed to Europe. Not that the Arab world around us rests Saturday. Traveling the Middle East, one encounters Thursday to Friday weekends, Friday and Sunday weekends, and six-day weeks. Saturday belongs to the Jews.

To add to this disharmony, Israel’s solid niche in the global economy places its financial institutions at odds with nearly everyone else who does business Friday and rests Sunday, meaning that for nearly half the week, Tel Aviv is out of sync with New York and Tokyo.

Recently, Silvan Shalom, a prominent Likud politician, proposed defining the weekend officially as embracing Saturday and Sunday. His rationale was unashamedly “Western”: Israel belongs with Europe, so soccer could move to Sunday.

It quickly emerged that Shalom had not thought the idea through fully. Since most businesses have to close well before sundown Friday, the country would really be moving to a two and a half day weekend, which seems a bit exaggerated. Then, too, Israel’s Muslims protested loudly. When I last checked, the idea was buried in a Knesset committee.

But Shalom’s proposal points to a tension in the way Israelis see themselves. The debate between a European identity and a Middle Eastern one is not new. There has long been a school of Israeli Jews of Middle Eastern origin, augmented by scholars of Arab history, who advocate closer cultural integration into the region. Politicians, too: Remember when, at the height of Oslo-generated peace euphoria in 1994, Shimon Peres, then foreign minister, proposed that Israel join the Arab League? Even earlier, precisely because Israel faced a ring of Arab hostility, its alliances with Turkey, Iran and the Kurds offered it an alternative Middle East identity.

On the other hand, Arab hostility means that many of our Arab neighbors see us as a Western imperialist implant akin to the crusaders of old, rationalizing on this basis their rejection of the “normalization” that Peres and others sought in the Oslo era.

This identity crisis is likely to be sharpened in the years ahead, and not just over the question of what days to include in the weekend. With the peace process dormant, the Arab revolutionary wave is bringing political Islam to power in neighboring countries, thereby almost certainly increasing Israel’s political and cultural isolation in the region. Turkey, at one point a promising candidate to join the European Union and possibly pave the way for Israel to join the political and economic West, is turning more and more toward the East.

Thus, Israel feels “pushed” westward by its neighbors. Yet its government’s abandonment of the peace track and the appearance of reactionary and racist legislative initiatives, coupled with myriad additional factors, like Islamist and European left-wing anti-Semitism, is rendering it less welcome in the West (or, for that matter, anywhere else but Gingrichland).

One quintessential expression of this identity dilemma occurred in mid-December, when Prime Minister Benjamin Netanyahu lined up behind a right-wing proposal to silence the loudspeaker broadcast of the Muslim call to prayer from mosque minarets throughout the country. It emerged that Jews who live in communities near Muslim towns and villages were complaining about the noise. In explaining his position, Netanyahu told his fellow ministers that Israel “didn’t have to be more liberal than Europe,” where minarets are generally silent at prayer time.

To my mind, there is nothing more Middle Eastern than the “Allahu Akbar” broadcast from the mosque five times a day. Israel is surrounded by hundreds of millions of the Muslim faithful and more than 1 million living in its midst. In Bahrain and Saudi Arabia, incidentally, there are also concerns about noisy mosque calls to prayer — precedents upon which Netanyahu could have based his position. Instead, we have the prime minister of Israel rationalizing his opposition to the public call to prayer with a reference to European liberals who do not particularly like him, while in fact identifying with the far right-wing elements in European politics who dislike Islam but, to the distress of many Israelis and Europeans, do like him.

Between the Arab revolutions and Netanyahu’s politics, we really are “a people that dwell alone.”

Yossi Alpher is a co-editor of bitterlemons.net. He is former director of Tel Aviv University’s Jaffee Center for Strategic Studies.