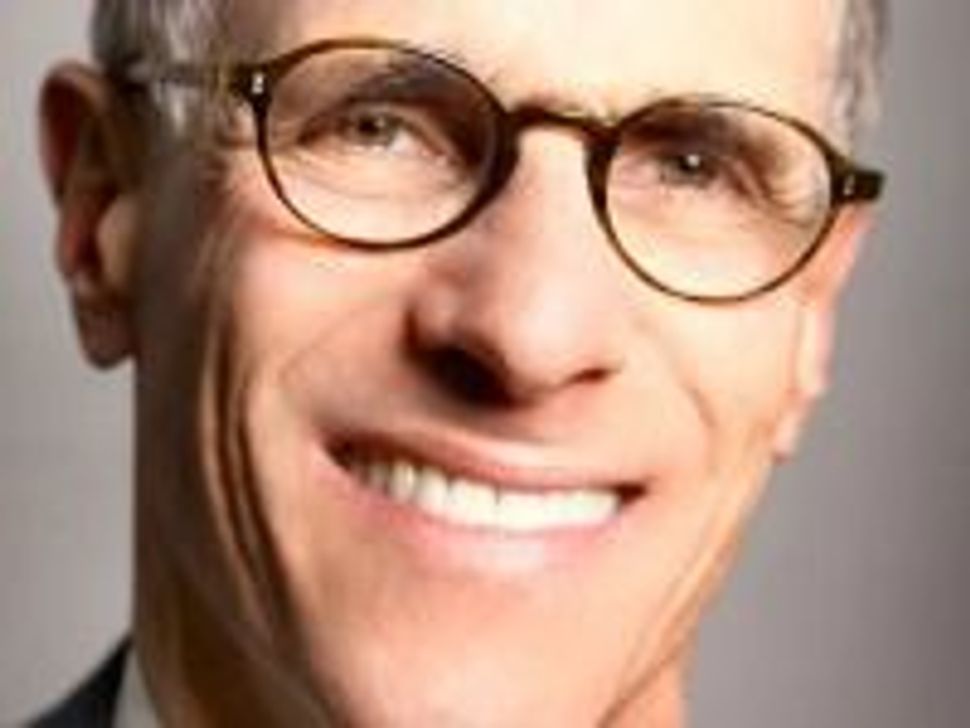 Never heard of Fred Karger? He doesn’t mind. Most people haven’t — so few, in fact, that the slogan of his unlikely Republican presidential campaign, and the title of his campaign biography, is, “Fred Who?”

As a GOP presidential candidate, Karger is an anomaly. Not only does he have zero name recognition, Karger is Jewish. Plus, he says he is the first openly gay person to ever run for president as a Republican.

“The younger people are complete social moderates and resent Rick Santorum and that type of politics,” Karger said, referring to the former Pennsylvania senator who is known for his social conservatism, particularly on issues of homosexuality.

Karger, who calls himself a Rockefeller Republican, is pro-choice, supports gay marriage, and wants American troops out of Afghanistan. His family has roots in Chicago, where his great grandfather founded the local Jewish federation. Karger lives in Laguna Beach, Calif. and is a member of a Reform synagogue there called Kol Ami.

Jeff Fladen, executive director of the Jewish Federation of New Hampshire, said that Karger has made efforts to reach out to the state’s small Jewish community, calling regularly to chat.

A former political adviser and campaign worker, Karger has never held elected office. He is barely registering in the polls, and has raised $350,000 as of the most recent Federal Elections Commission filings next to Romney’s $32 million.

“That is my weak link,” Karger allowed. “I self-finance much of this. I’m not big on fundraising.”

It’s probably not a great sign for a candidate’s chances that he calls the Forward unbidden days before a key primary, as Karger did. But Karger, who was in Nashua, N.H., campaigning for the January 10 primaries there, says he has a strategy, and he hopes to win.

“I’m not delusional,” Karger told the Forward. “I know it’s a big long shot for me to be successful and be the Republican nominee…My argument is, just let me in one debate and, with this mediocre field, with a little pizzazz and humor and good command of the issues, I think I might be able to register.”

Karger has yet to get that shot at a debate.

Meanwhile, his supporters see another benefit in his candidacy. Howard Kaplan, a retired antique store owner, hosted a recent fundraiser for Karger in New York City. Kaplan said that he hoped Karger’s run would serve as an example for gay youth.

“The main message was: If [Karger] can run for president, then you can do what you want and you’re important,” Kaplan said.