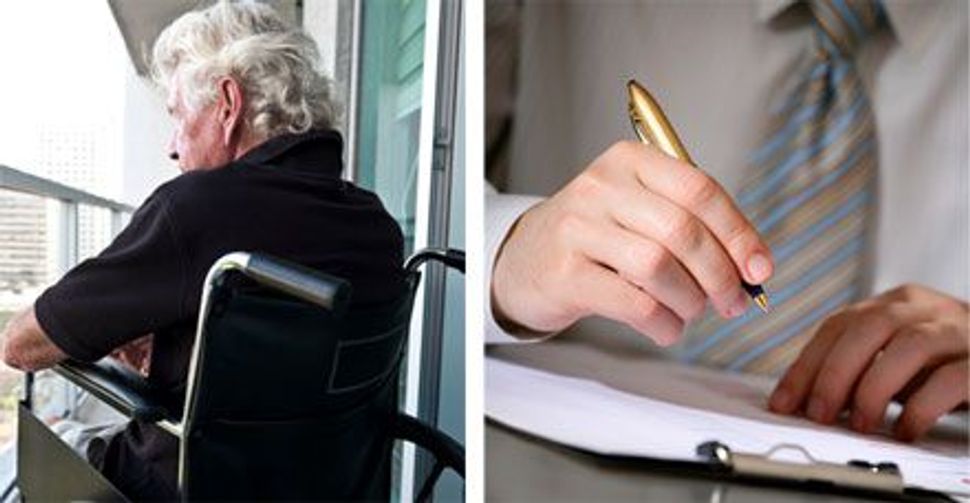 Quick question: When is a Jewish federation like a church? Answer: When it doesn’t have to fully protect its employees’ pensions.

In this flip exchange lies a serious issue. As our Nathan Guttman has reported, Jewish social service groups, along with other nonprofits seeking to cut pension costs, are using a controversial tax loophole to skirt federal rules that protect workers from being left with little or nothing if their retirement plans collapse. Among the Jewish non-profits availing themselves of what is known as the “church plan” are federations in Cleveland, Baltimore, Philadelphia and Detroit, along with nursing homes and health care facilities.

It’s legal as long as the Internal Revenue Service certifies that these organizations qualify for an expanded religious exemption to the Employee Retirement Income Security Act, which since 1974 has required employers to make good on their pension promises and to share information with their workers about their pension funds. It’s legal, but troubling.

Why should a social service agency or a hospital with staff made up of many faiths, serving people of many faiths, be treated like a church, synagogue or mosque — that is, an institution with a pervasively religious identity and mission? Federations, nursing homes and hospitals receive federal funds for secular purposes. By applying for this exemption, they are asking to be absolved from following some of the rules that are attached to that funding.

And what do these institutions owe their workers? Beyond the requirements of American law, Jewish nonprofits have an obligation to reflect and uphold values of fairness, trust and respect for those who do such important work. Far as we know, no Jewish nonprofit exempt from ERISA has reneged on its pension promises, but that has happened in other so-called faith institutions. Unfortunately, too often the only way workers can know if their pensions are underfunded is when it is too late, giving them no chance to plan or protest.

Some of the Jewish agencies that have applied for the religious exemption contend that their pensions are appropriately funded and that the money not spent on insurance can be channeled to pressing social service needs. It’s a reasonable argument at a time when federations, especially, are struggling for donations. We’d find the argument more convincing if the executives of some of those federations — Cleveland, Baltimore, Philadelphia — weren’t a few of the very top earners among their peers in the Forward’s annual salary survey.

“The protections put in place by ERISA are critical to the retirement security of working Americans,” wrote U.S. Senators Jeff Bingaman, Tom Harkin, Herb Kohn and Max Baucus in an open letter last year. They asked the Obama administration to ensure that the “church plan” is applied as narrowly as intended when their antecedents in Congress first devised it decades ago. (It was supposed to expire in 1982, but then, Congress tends to miss many deadlines.)

This, however, isn’t just a job for Washington bureaucrats. While Jewish communal leaders have every right to balance the needs of workers against the overall solvency and mission of their organizations, they must do it in a way that honors pledges and respects employees of any rank. And these organizations should carefully consider whether embracing the expanded definition of a “church” won’t eventually allow too many institutions to bypass the protections that the federal government is supposed to offer all its citizens.