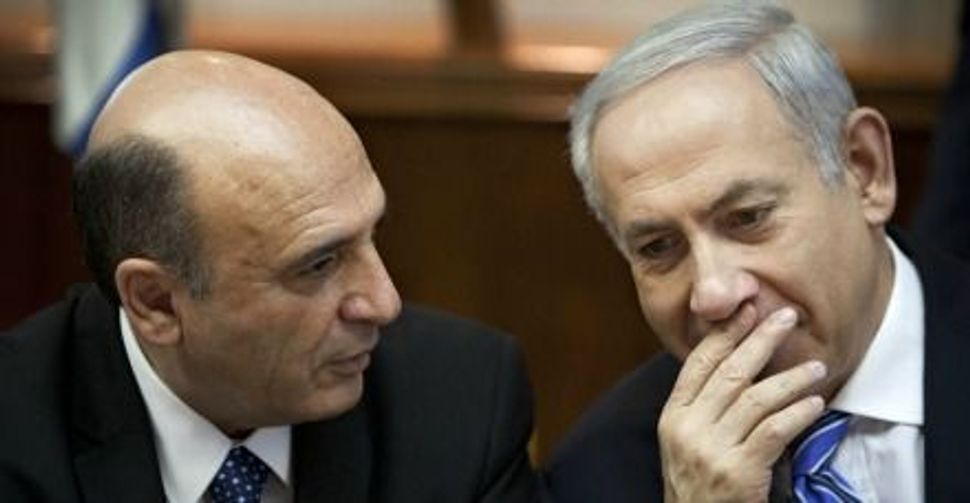 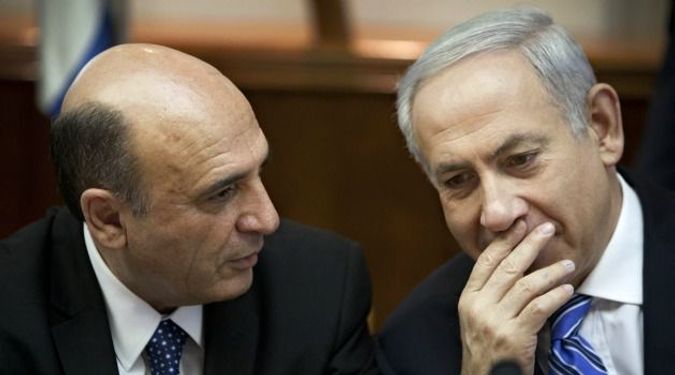 Don?t Count ?Em Out: Some have cynically discounted the changes of Israel?s new coalition government achieving much. They may just be wrong. Image by getty images

The inclination by those in the peace camp, both in Israel and the United States, to react cynically to Prime Minister Benjamin Netanyahu’s surprise announcement of a coalition agreement with Kadima party chairman Shaul Mofaz was not that shocking. But it is sorely misguided. Worse, it could be detrimental to Israel’s interests.

Discounting the formation of the unity government as having no real policy implications may seem reasonable from past experience, but is also simplistic. Instead, Israel’s supporters in America — particularly those who advocate for a two-state solution to the Israeli-Palestinian conflict — should examine this development with an open mind and and encourage the potential for positive movement.

Granted, while encouraging the coalition’s moderation, we must not be blind to the harsh realities of Israeli politics, which have dashed the hopes and possibilities of this type of moment in the past. These include the possibility that the new coalition could collapse over domestic issues. Until that collapse takes place, and with real leadership, the current makeup of this government offers the best chance for progress.

In late June, in Washington, Mofaz, the new deputy prime minister, declared: “We cannot continue to rule another nation,” adding that “the solution is to make compromises.” He told The Washington Post before his visit to the United States, “Time is not in favor” of Israel, because the Palestinian dispute could lead to the end of the Jewish state should Arabs outnumber Jews.

That both President Obama and Secretary of State Hillary Rodham Clinton chose to meet with Mofaz is significant. The president’s half-hour conversation was not scheduled. He walked in on Mofaz’s meeting with National Security adviser Tom Donilon and took over. It’s likely that Mofaz’s stance on Israeli-Palestinian talks prompted the president’s move.

Defense Minister Ehud Barak’s remarks at the end of May backing an interim agreement to help smooth the way to a two-state solution also illustrate how this new coalition could produce positive policy achievements. His comments resemble Mofaz’s plan for a Palestinian state within interim borders as a first step toward final-status negotiations.

These examples tell us we should welcome the new coalition as a step toward centrism and pragmatism. What’s more, if Israel is to successfully address the serious challenges it faces, it needs a strong and broad governing coalition. We must support this one and encourage its continuation.

The alternative — the reflexive distrust that greets actions taken by the Israeli government in recent years — diminishes Jerusalem’s and Washington’s capacity to deal with the issues that both face in the region. It also ignores the new political reality in Israel. With the centrist Kadima party entering the coalition, the government now consists of 94 to 120 seats in Israel’s Knesset.

This cynicism also discounts the very real impact the new government’s moderate voices could have. As Kadima Deputy Chairman Yohanan Plesner noted during a conference call organized by the Israel Policy Forum the day after the new government was announced. The coalition enables a “moderate alliance” to be developed. American Jewish supporters of Israel, the Obama administration and Congress should appreciate this critically important fact.

The immediate items on the coalition’s agenda are the amendment of the Tal Law, setting down the rules for military conscription of ultra-Orthodox men, and electoral reform aimed at reducing the influence of Israel’s smallest minority parties. We need to understand that these concerns are currently uppermost on the Israeli mind. But if successful, such reforms will contribute to an environment that will enable progress on the Palestinian issue.

To be sure, we should be ready to criticize Israeli policies that we find wanting. But we should be just as prepared to point out positive steps the Israeli government takes. Within a few weeks after the formation of this government, Israel removed six roadblocks in the West Bank, reached an agreement to end a hunger strike by Palestinian prisoners and transferred 91 Palestinian graves to the Palestinian Authority as a gesture to Mahmoud Abbas. Regrettably, the voices of the pro-peace community in the United States that are often quick to criticize Israel were largely silent about these steps.

Many people have called on Netanyahu to rise to his moment of nearly unprecedented power and make the difficult decisions of leadership. Dismissing his move to a unity government will undercut any inclination he has to respond to those calls. Rather than knee-jerk distrust, the new broad coalition — especially its new moderate core — needs encouragement and support. If it fails, an opportunity to move toward a two-state solution will be lost. When the Israeli government moves to the center, supporters of this solution should applaud it every step of the way.

Peter A. Joseph is chairman of the Israel Policy Forum.