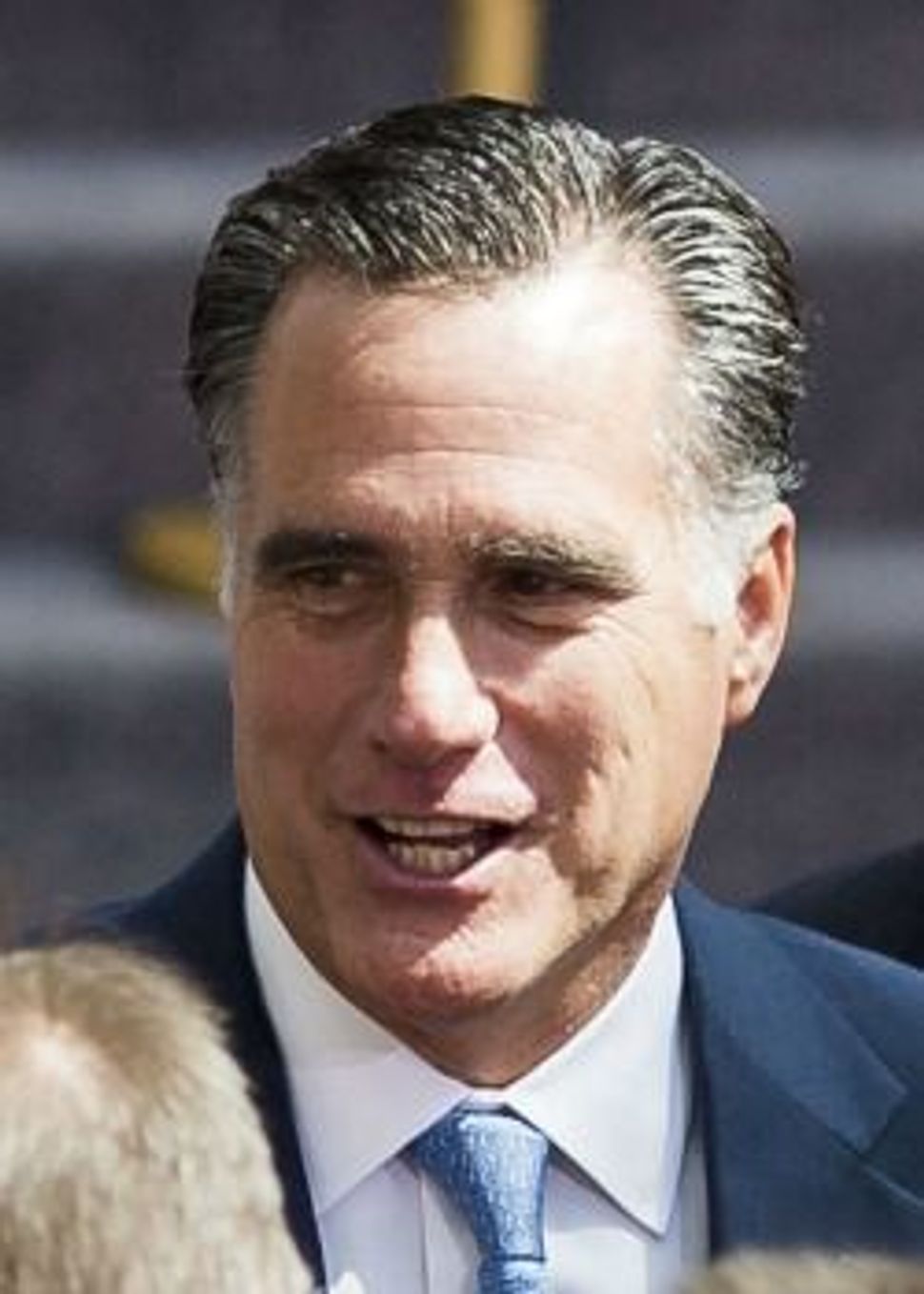 Jon Stewart skewered Mitt Romney for his “culture” comments that suggested that Israelis are somehow superior to Palestinians.

With frequent references to Romney’s gaffe-prone ways, Stewart reported on Romney’s controversial comments during his visit to Israel that attempted to pay homage to Israeli know-how and ingenuity.

The late-night comic pointed out that there must be more than culture that left Palestinians less prosperous than Israelis (how ‘bout the occupation, Mitt?).

“Romney seems to be saying that the Palestinians are purely the architects of their own poverty,” Stewart said, giving his trademark dead-pan stare into the camera.

Then, he cut to the punchline, that Romney may have inadvertently spouted a nasty stereotype about Jews, too.

“Or, if you prefer to look at the converse: that Jews are just culturally some money-making m—– f—-ers.”

Stewart then riffed into a phony news segment about the issue, in which reporter Al Madrigal surveyed the West Bank for signs that Palestinian culture is indeed in shambles, as Romney suggested.

The reporter spoke of the bulldozed rubble, ineffective roads, and checkpoints manned by gun-toting Israeli soldiers. Then, he complains about the Palestinians’ lack of E-Z passes, which he sees as a clear sign that they have a long way to go before being considered an “advanced culture.”

After humorously discussing some ways that the Palestinians might pull themselves out of their culturally-imposed morass (such as rubble outlet stores or rubble-related TV shows, like “Flip This Rubble” or “This Old Rubble”) he apologizes for his inability to help them out.

“Look I’d do it myself, but I’m Mexican,” the reporter said. “As Governor Romney says, I just don’t have the culture to pull it off.”