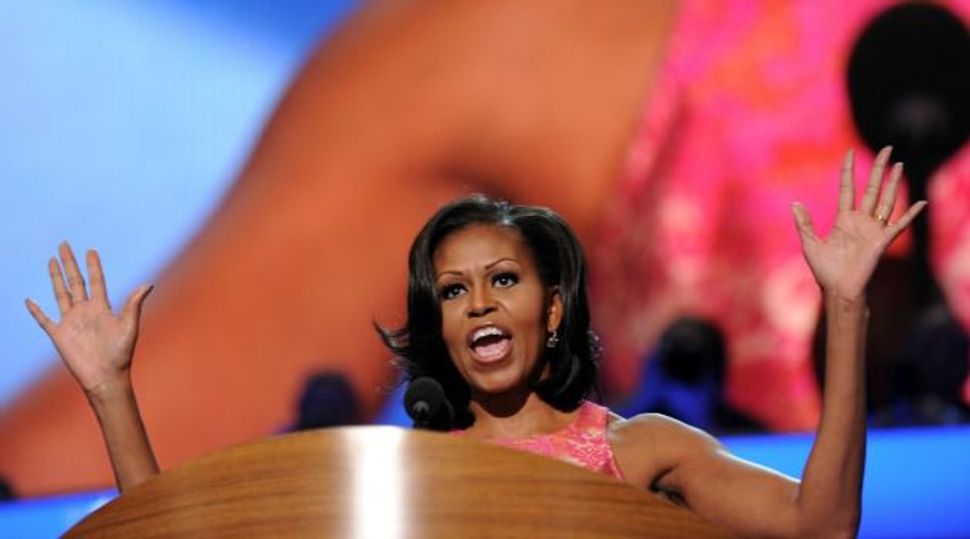 Nearly 60% of working age women in America participate in the labor force. But for all the anecdote-sharing by the wives of the two presidential candidates at their party conventions, the role of working mother was barely mentioned.

In Ann Romney’s case, of course, the omission is understandable. Juggling the work-life balance is simply not in her vocabulary because it’s never been part of her personal experience. Accounts of her life indicate that she early on positioned herself as a homemaker and devoted supporter of her husband’s ambitions in business and politics. Following him around the country, she didn’t even finish college until well into married adulthood. Her five sons came first, and that is an honorable choice. It’s just a choice most women in America can’t afford to make.

At the Republican National Convention, Romney spoke of her own medical challenges with multiple sclerosis and cancer, and tried mightily to connect with ordinary women. “It’s the moms who have always had to work a little harder to make everything right,” she told the appreciative crowd.

The omission in Michelle Obama’s case is also understandable — politically, at least. With her speech to the Democratic National Convention, Obama completed a masterful transition from the uncertain spouse of an audacious politician to a poised, gracious, articulate and determined Mom-in-Chief. But we wish this Princeton and Harvard educated lawyer would have also been able to point to her own accomplishments instead of downplaying them.

When Obama described that “date night” with her husband was a movie or dinner but not both because she was an “exhausted mom,” we wish she could have explained why: Because holding down a demanding job in a law firm or a hospital is exhausting when you are also trying to be an attentive mother to two young girls. Because as a nation, even with the progressive legislation supported by her husband, we still have not figured out how to better align our workplaces with family life.

In 1992, when her husband ran for president, Hillary Rodham Clinton was excoriated for saying, “I could have stayed home and baked cookies and had teas, but what I decided to do was fulfill my profession.” Evidently, that’s still a politically dangerous thing to say.