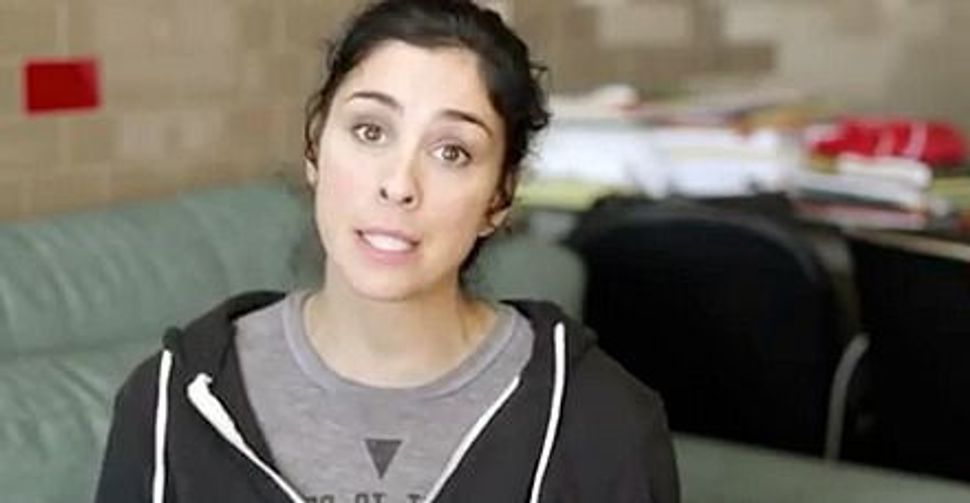 Now that the serious stuff is out of the way, let’s list the best (or worst) Jewish viral videos of the 2012 election cycle.

Comedian Sarah Silverman offered sexual favors to billionaire Republican donor Sheldon Adelson in this video from the group behind 2008’s Great Schlep. Silverman’s deal: Donate to Democrats instead and, well… watch the video. Turns out she didn’t have to worry so much – nearly all of the candidates Adelson backed were defeated last night.

Take this gem from the National Jewish Democratic Council, which opened with jaunty music playing (incongruously!) under images of missile batteries. Then random Israelis said nice things about the president, among them: “Tank you Mister Obama, about everything!”

The spin move when she opens the door to her Lexus. The traffic light she blows through. The appeals to voters, delivered as though she’s asking them for their wallets. New York State Senate candidate Mindy Meyer lost her election bid last night, but she won our hearts with this video Nate Lavey shot for the Forward back in July.

Driving the Diva from Jewish Daily Forward on Vimeo.

We may have invented the art of the Mindy Meyer video, by the New York Post perfected it. The bewitching state senate candidate apparently invited an actual elephant to a campaign fundraiser. The Post taped her pointing awkwardly to it. “We have the elephant here representing the Republican Paty,” Meyer explains, helpfully.