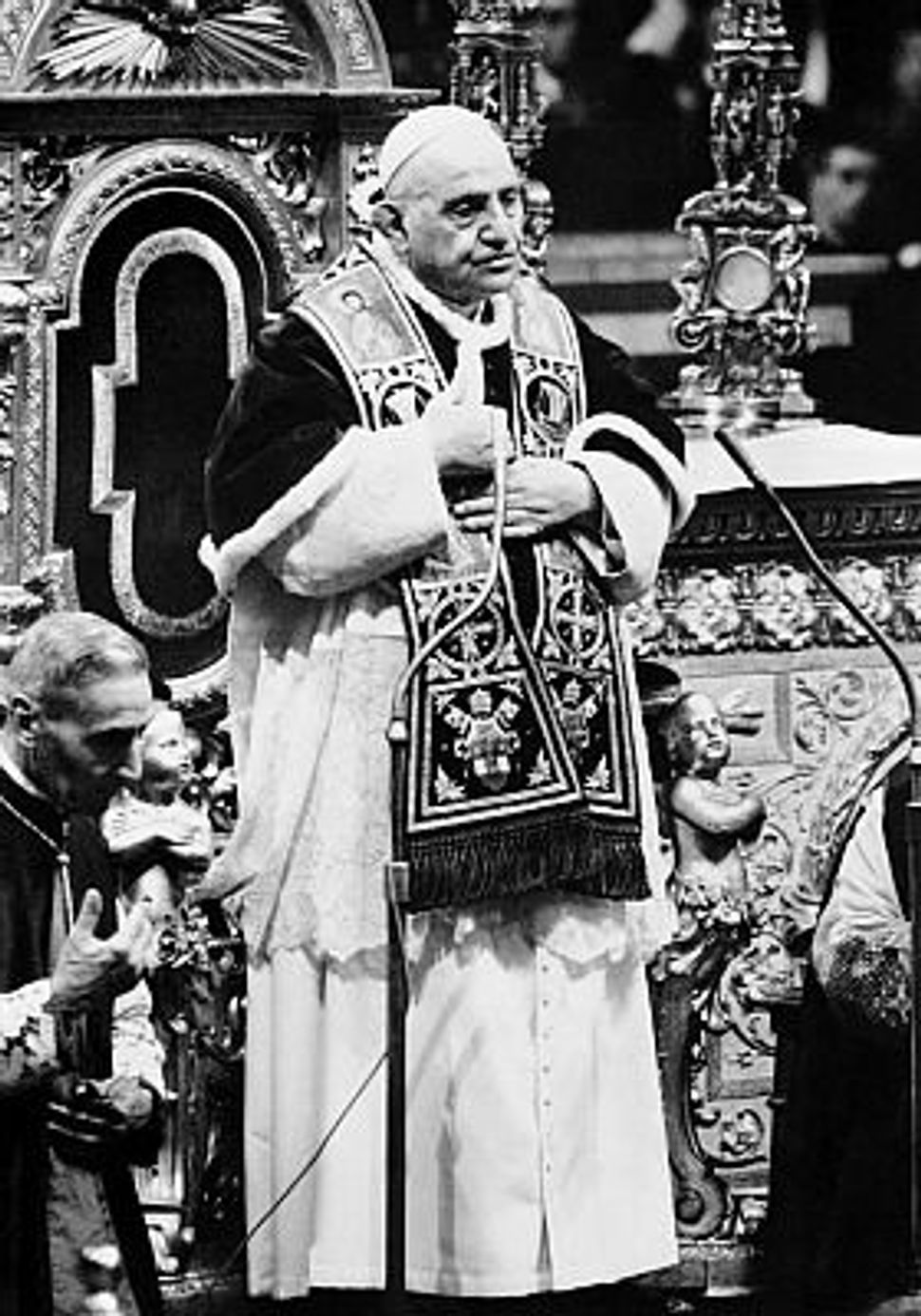 Far be it from me, a Jew and a rabbi yet, to get involved in the internal decision making of the College of Cardinals as they ponder this most weighty decision of the election of a pope. But I do want to make a comment about the poignancy and power of names as well as make a prediction as to what the name of the 267th pontiff will be.

“What’s in a name? A rose by any other name would smell as sweet,” Juliet opines. Let’s put this proposition to the Biblical test, shall we?

According to our Hebrew Bible, which is essentially accepted by 3.5 billion people on the planet as the nonpareil inspired, sacred text for humanity, the first conscious activity of created man was the assigning of names.

Think about it. The first creative gesture of humanity as represented by First Man, adam harishon, was the act of naming. With the truism and axiom that suggests: ‘you’ve got one shot to make a first impression,’ it would seem that our Tradition is making a rather searing and profound one!

Not yet convinced? Consider. When Moses had his fateful encounter at the burning bush with the Eternal One, he was told that his people, the Jewish people, would be redeemed.

But rather than blindly accept this longed for hope, our preeminent Biblical leader Moses asks a question of the Divine. When I go back to my people and share the news of imminent redemption, he says, they will ask me but one question. “Ma Sh’mo? What is His name?”

A name is just a name, you think? I think not.

Fast forward to February 2013. Pope Benedict surprised the world — Catholic and others — by announcing his resignation. Who will be the next pope? What will his name be? Interestingly enough, the first historically dated document in the history of the papacy and the church is a letter dated September 28, 235 in which the Pope Pontian abdicates.

The first pope to change his name upon being named to the post was John II in 533. This practice became de rigeur toward the end of the 10th century when John XII took the papal sedan – seat of Peter, as the pope. In fact, his birth name was Peter. Church practice then, as it is now, dictates that no pope bear that name as a way to pay homage and deference to the first pope whose name was Peter. In the thousand years since, there was only one exception to this namechanging custom.

I can’t prove definitively but I can offer a conjecture. This practice of taking a name of a predecessor was, in fact, a practice of the functionaries in the Beit HaMIkdash – the Temple in Jerusalem. There is a fascinating rabbinic teaching recorded in the first mishna in the fifth chapter of Tractate Sh’kalim. “Eilu hein ham’mu’nim she’ha’yu va’Mikdash: These are the appointed (officials) in the Temple.” The mishna goes on to list 15 different names and their respective functions and portfolios.

Why only these fifteen are explicitly named? The famed commentator, Rav Ovadia of Bertinoro, Italy (who, by the way, lived during the election of 10 popes) answers: because subsequent generations of leaders who held these same roles and functions adopted the names of their predecessors. I find it both fascinating and intriguing that this custom seems to have fallen out of favor in Jerusalem though it is maintained in the Vatican.

So now, my prediction.

In this, the second conclave and election of the 21st century, the church will, I predict, seek renewal, an opening of the window, so to speak. Fully 80% of the Catholic world today is Latino, African or Asian. One would think that as a way to affirm this new reality the next pontiff will emerge from one of these regions. But what will his name be, you ask?

After receiving two-thirds of the vote, the candidate will be asked, do you accept your canonical election as Supreme Pontiff?

And then he will ask this significant question. Quomondo vis vocari, by what name do you wish to be called?

I predict that the name Johannes XXIV – John XXIV will be called out. It was John XXIII who convened a conference which was a conference of reaching out, of renewal of refreshing. It is known as the Second Vatican Council and among its many activities it produced a seminal document for Jewish-Catholic relations known as Nostra Aetate.

So why am I so convinced of this name? As Greg Tobin writes in, The Good Pope, “His (John XXIII’s) genius lay in the willingness to introduce the concept of aggiornamento, or updating, so that his beloved Church might benefit from an infusion of “fresh air,” through newly opened “windows.”” This sounds to me like a scenario that will be embraced by the 21st century church.

I for one will be waiting for the sfumato, the white smoke to bellow forth from the chimney and for the man to step out on the balcony at St. Peter’s square. Sure, I wish the church and pope well. But I have to be blunt. I am more curious to see if my tantalizing prediction proves correct.