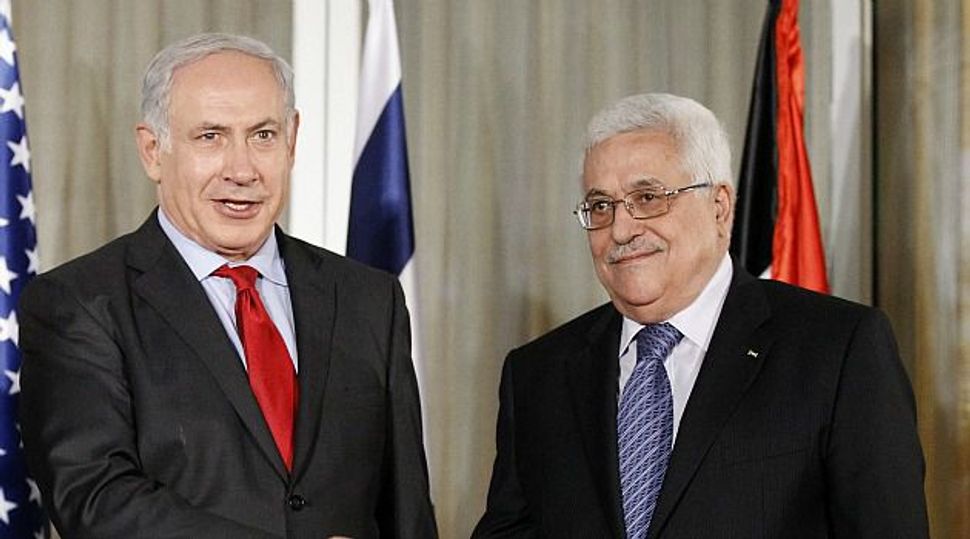 Keep Hate Alive: Israelis and Palestinians should forget about trying to understand one another?s grievances. They can keep hating one another, and still come to a compromise peace that will benefit both sides. Image by getty images

During President Obama’s recent trip to Israel, he spoke of the urgent need to renew peace talks. But in his vision of how to arrive at these talks, he seems to have disregarded the common sense principle that peace is made between enemies.

The principle appears to be embraced in the course of ordinary affairs. For example, when an estranged couple stands before a lawyer prepared to sign divorce papers, they are generally not told: “now, before signing, please turn one to the other and acknowledge that your spouse’s interpretation of the failure of this marriage is valid, and admit that the responsibility for said failure is your own.”

And yet when it comes to the Israel-Palestine conflict, mutual recognition and reconciliation are often considered prerequisites to peacemaking. And this in a century-old blood-soaked conflict whose parties were never pledged to each other in the first place, and one that has been poisoned by so many layers of mistrust they lie like ancient cities built one upon the ruins of another.

All sides of the political divide have disregarded the notion that peace is made between enemies. The peace camp has run hundreds of people-to-people projects intended to help humanize enemies, which have had a profound impact on individuals. But their basic premise has been flawed.

You can take people to a safe haven far from the conflict and introduce humanity to their interaction; but when they return to the conflict zone they are no better equipped to address the core issues. Their enhanced understanding of the ‘other’ often makes them objects of suspicion within their own society, and their inability or unwillingness to reach out to the more hard-line among their own people leaves them with little influence.

Despite their good intentions, such dialogue projects do not offer those involved what they need most: the knowledge or skills to address each other as adversaries, within the context of the conflict itself; and the ability to develop concrete strategies in pursuit of their own interests.

The rightist/hard-line agenda on both sides has been equally flawed, with mutual calls for parties to recognize the moral legitimacy of their enemy’s narrative: “Put us on your map, even as we erase you from ours; write us into your history, while we purge you from ours; tell your children that our ties to the land run deeper than yours, while we declare your ties to be concocted; proclaim our self-determination as a supreme good, and admit that yours is inconsequential. Then we’ll talk.”

In reality, such premature recognition is neither possible nor necessary. Demanding that your enemies reverse their view of history or deny the justice of their own cause is the best way to ensure that your own people will never achieve their goals.

By calling on enemies to recognize each other’s suffering, and suggesting that such humanization might push leaders to peacemaking, the president appeared to be embracing some of these obsolete principles of reverse-peacemaking. But the prerequisites of a viable peace process don’t require parties to feel each other’s pain: They require all sides to develop their own informed opinions of what the much-vaunted “painful compromises” will look like.

Rather than mutual humanization, the president might have suggested that ordinary citizens, civil society leaders and policymakers alike practice negotiations-think — namely, shifting their stance from advocate-preachers to leaders/problem-solvers, and from insisting on demands that will never be met to addressing interests that can be secured.

Consider a few differences between meet-my-demands and negotiations-think. In meet-my-demands, you expect your enemies to abandon their core beliefs, shed their loyalties to their country and people and submit to your view of what is right. Such grandstanding may bolster your short-term popularity, but it leaves no grounds for an agreement that could actually address your people’s needs.

In negotiations-think you assess your real options: If you have the overwhelming force to subdue your enemy and the will to follow through, you may well plan for that approach. But if you have decided to opt for a non-violent solution, you begin to seriously consider your adversary’s interests, no matter how abhorrent you find them to be, so as to find where yours and his may meet.

In meet-my-demands, you are bent on revealing the evils of your enemy and convincing third parties of the justice of your cause. Despite a century of evidence to the contrary, you still believe that you can resolve the conflict by appealing to an external deus ex machina without dealing with your enemy directly.

In negotiations-think, you are like the angry but exhausted divorcing couple. You recognize a negotiation for what it is — an imperfect process that makes you feel that you have received far less than what you believe is your right, offered your enemy much more than you think he deserves, and even betrayed some of your principles; but you have nonetheless achieved something concrete for your own people because you have focused single-mindedly on liberating them from their enemy, and satisfying their vital future needs.

The time does not have to be ripe for negotiations in order for negotiations-think to be fruitful. Irrespective of how parties view traditional paradigms of peace, negotiations will ultimately be a part of any deal no matter what its shape. Negotiations-think can prepare the ground for a more authentic peace process by encouraging people to become conflict-literate: to learn about the actual impasses rather than distorted versions filtered through biased news reports, moribund talking points, inflamed campus debates or “balanced” but unworkable policy recommendations.

This form of conflict literacy can provide the public with enough information to be able to hear what is on offer in any potential peace negotiation and to judge for themselves whether a compromise is legitimate and represents their own interests, rather than react with indignation at the first sign that their ideal vision of a solution is being compromised.

Natasha Gill, a former professor of conflict studies at The New School, is founder and director of TRACK4, which runs negotiation simulations for diplomats, mediators, journalists, policy makers, students and community leaders.