Orthodox Push Back on Kotel 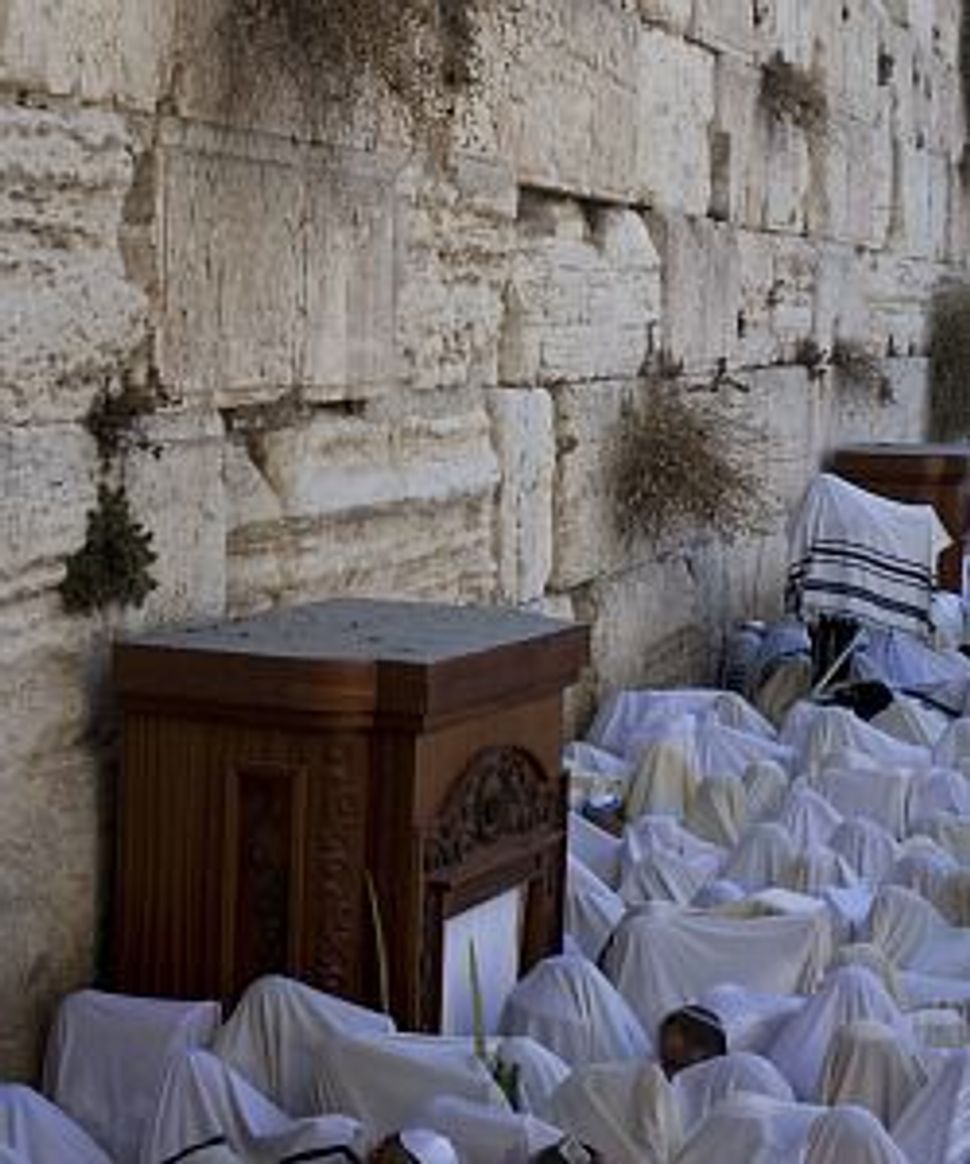 The rabbi of the Western Wall Shmuel Rabinowitz isn’t opposed to the plan for an egalitarian prayer section there, he announced in a statement emailed to reporters yesterday. But it’s already clear that he doesn’t speak for the Haredi mainstream.

Rabinowitz is Haredi, but softer on religious issues than most Haredi leaders. This is partly because he’s a state employee and realizes that there are limits to his autonomy, and partly because his family background is more moderate than many — for example he served in the army.

“The Kotel isn’t ours to give away,” rages the editorial of the Jerusalem-based Hasidic-establishment newspaper Hamodia today, using the Hebrew name for the Western Wall. “The place of the Temple was chosen by God and the Shechinah [divine presence] has never departed from the Kotel.”

Hamodia went on to argue that the Women of the Wall fight is a proxy battle by American Reform which is trying to compensate for its failure to make inroads in to the Israeli religious scene. “The Reform Movement in the United States is using the Women of the Wall to bully the government in to giving it recognition that the people have withheld,” it claimed.

Hamodia argues that while much of the world sees the fight of Women of the Wall as a human rights issue “nothing could be further from the truth.” It insists that Women of the Wall are actually infringing the rights of other female worshippers at the Wall with their controversial monthly prayer meetings there, such as today’s gathering which resulted in two female worshippers being detained by police..

“Indeed, if anyone’s rights are being trampled, it is those of the regulars at the Kotel, the women who come — every day not just Rosh Chodesh [the start of the month] — to daven [pray], not to create provocation. These women are denied a place of quiet, holiness and dignity, where they have been coming for decades to pour out their hearts, by a group of lawbreakers that seeks to advance a political agenda.”

Hamodia portrays the Reform movement as hypocritical, writing: “How ironic that the same Reform movement that hails Israel’s Supreme Court when it rules that the Tal Law on drafting yeshivah students is unconstitutional, or that Haredi schools must teach the core curriculum, has no trouble ignoring what it when it bars the Women of the Wall from holding services at the Kotel.”

Orthodox Push Back on Kotel