Not Too Late for Justice 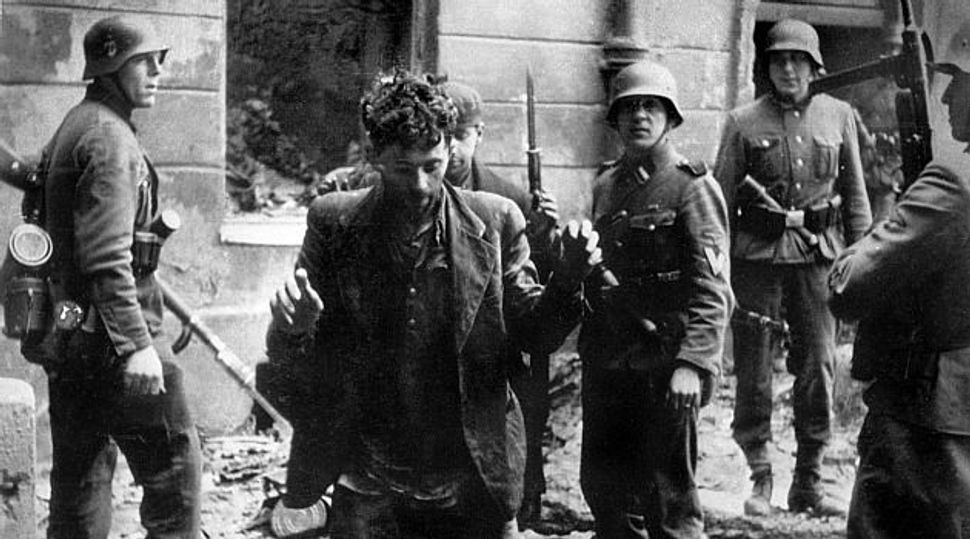 Many Americans were shocked when the Associated Press reported on June 14 that a 94-year-old ex-commander of a Ukrainian Nazi SS unit, Michael Karcoc, had been living quietly in suburban Minneapolis for the past six decades.

Karcoc’s former unit, the Ukrainian Self-Defense Legion, was involved in numerous documented atrocities during World War II, including the brutal repression of the 1944 Warsaw Uprising, a Polish rebellion that came a year after the better-known Warsaw Ghetto Uprising.

Like so many others of similar background, he appears to have lied about his Nazi past on his 1949 U.S. immigration application. Unlike others, he wrote about it openly in a Ukrainian-language memoir. That’s what led the Associated Press to his doorstep.

The expressions of public shock come in two main varieties. Most, including Karcoc’s neighbors, say they’re stunned to find an alleged ex-Nazi commander living next door. Others, including some members of the Ukrainian Orthodox church where he’s a member, are shocked that the government is still chasing down nonagenarian immigrants over allegations that are nearly 70 years old.

We’re hoping the Justice Department takes a third, more businesslike approach: Investigate the allegations and, if he’s guilty, take the appropriate action — denaturalization and deportation to a country where he could stand trial for his wartime actions. Poland has already expressed interest in taking him on.

It’s important to note that no evidence has been turned up that Karcoc was personally involved in atrocities. On the other hand, that’s irrelevant to any Justice Department action, which would be based solely on his lying about his wartime military service. Moreover, the laws of some European countries, including Poland, allow commanders of units committing atrocities to be held liable. The first priority must be establishing the facts.

Bringing people like Karcoc to justice used to be the job of the Office of Special Investigations, the Justice Department unit set up in 1979 to hunt down and deport ex-Nazis who lied their way into the country. Technically, the unit doesn’t exist anymore. It was merged in 2009 with the Justice Department’s Domestic Security Section, which prosecutes foreign human rights violators hiding in this country, along with human traffickers and American officials accused of overseas crimes under diplomatic immunity. The combined unit, the Human Rights and Special Prosecutions Section, has already won victories in atrocity cases from Guatemala to Bosnia to Pakistan, along with continuing pursuit of traffickers, overseas crimes and the ongoing trickle of Nazi war crimes cases.

The logic of dissolving the OSI was hard to dispute. The cases are increasingly rare. Only a handful of aging ex-Nazis, nearly all in their 90s, are currently on trial or under investigation in Europe — including one notorious ex-commander indicted June 18 in Hungary. The active hunt is nearly over.

At the same time, folding the Nazi-hunting unit and its staff into a larger human rights prosecution section was the right thing to do, for more than one reason. Besides preserving the institution to carry on the mission as needed, it drives home some essential lessons of the Holocaust: that crimes against humanity anywhere are crimes against humanity everywhere, and that violators will be held accountable and brought to justice, no matter where they are hiding, no matter how much time has passed.

Eli Rosenbaum, longtime head of the OSI and now Director of Human Rights Enforcement Strategy and Policy in the new unit, summed up the message well in a speech at the U.S. Holocaust Memorial Museum’s 2013 Days of Remembrance last April:

“It is enormously important that efforts to achieve justice be continued. Doing so is a moral debt that is owed to the victims. Moreover, the passage of time has in no way lessened the gravity of the crimes, and the perpetrators ought not be rewarded for their success in evading detection or concealing their misdeeds, and perhaps, most important of all, justice must be sought in order to send an unmistakable message to would-be perpetrators, namely, if you dare to commit atrocity crimes you will be pursued, however far you run, and however long it takes to apprehend you.”

Not Too Late for Justice