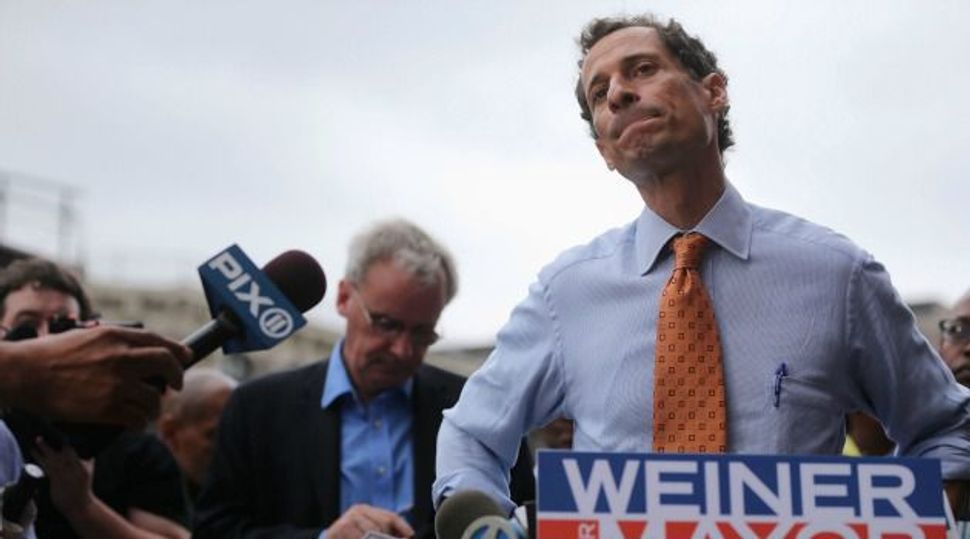 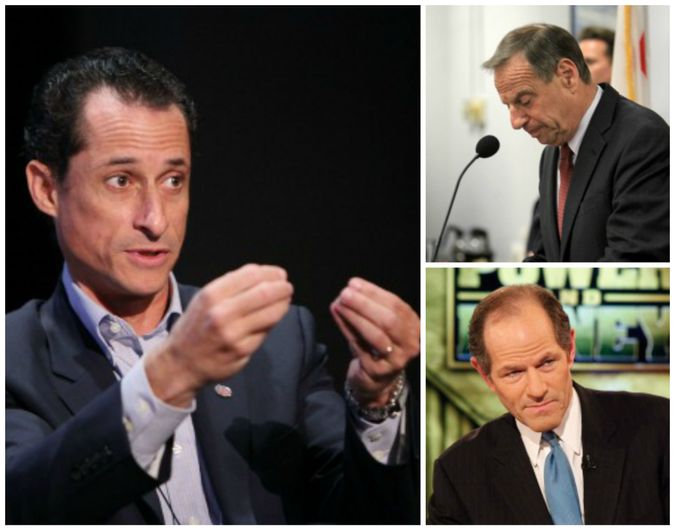 But the fact that all three of the principals are Jewish creates a ticklish situation for us media types. Is there something to be learned about Jews and their place in American life from the fact that Anthony Weiner, Eliot Spitzer and Bob Filner are all Jewish? If there is, is it O.K. to talk about it when the gentiles are listening? And if there isn’t, should we mention the fact that they’re all Jewish, if only to acknowledge the glaringly obvious?

Perhaps unsurprisingly, most coverage of what New York Times columnist Gail Collins dubbed “New York’s Weiner-Spitzer summer” has left out the J-word, including Collins’ own columns (here’s her other one). Most journalists, especially non-Jews, are skittish about writing stories that make Jews look bad, for fear of opening themselves up to a charge of anti-Semitism. (That obviously doesn’t include coverage of Israel.) No surprise, then, that the handful of journalists who have dared to tackle the Jewish aspect have all been Jewish.

For those of us who write about Jews on a regular basis, the temptation to take on a big, juicy story like this is just about irresistible. The trouble is, there’s no obvious angle. The three cases have little in common other than the fact that they all involve Jewish politicians caught in sexual misconduct. One is a San Diego mayor neck deep in allegations of serial sexual abuse. One is a former congressman who was forced to quit Congress in 2011 after being caught in some weird online sexual exhibitionism and is now running for New York City mayor, only it’s not clear he’s stopped his sexting. The third is a former New York State governor, once celebrated as the “Sheriff of Wall Street,” who quit in 2008 after being caught in a federal prostitution probe and is now running for city comptroller.

JTA’s Ron Kampeas was the first to try and cover the three scandals as a Jewish story. You’d expect no less from the so-called Jewish AP. He did a pretty good job of summing up the various cases, pointing out the legal differences (Spitzer broke the law, Filner might end up in court, and “Weiner’s is just bizarre”). He also threw in a fourth episode involving Memphis congressman Steve Cohen, who was caught texting during the State of the Union address to a young model who turned out to be his recently discovered love-child, and then turned out not to be. Nobody seems to know what to make of that story, but it’s another Jewish politician engaged in odd behavior of a vaguely sexual nature, which puts it in roughly the same category as the other three. Hardly anybody has mentioned that Cohen’s ex-lover, the mother of the daughter-not-daughter, was later married to Frank Sinatra Jr. I’m not sure what the significance of that is, but then again, I’m not sure what the significance of any of this is.

Anyway, Kampeas touched on a few interesting aspects of the story, including the ego-distorting reality of life inside the congressional bubble and the loneliness of Washington lawmakers separated from their families for long periods. And he touched on aspects of popular Jewish reaction to the events, including the fact that Jewish lawmakers, unlike many Christian ones, don’t preach family values and so aren’t as susceptible to charges of hypocrisy. 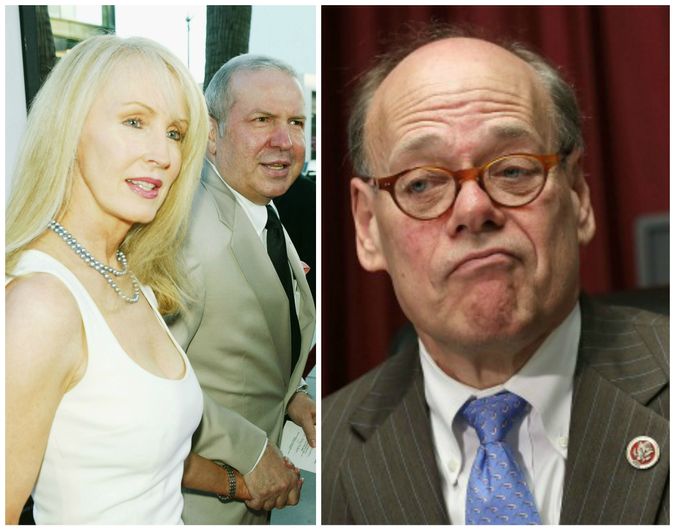 The two journalists in the general media who’ve given the Jewish side of the story a go have both relied on clever headlines and lead paragraphs to set a tone, then gone on to focus their stories on popular Jewish embarrassment. Roll Call’s Stuart Rothenberg wrote a piece titled “Oy Vey. The Summer of Jews Behaving Badly.” He stretched the list of miscreants to include the disgraced, half-Jewish Milwaukee Brewers slugger Ryan Braun, suspended because of steroid use. He went on to say he’s “always thought it a good thing that Jews are especially embarrassed by the misdeed of other Jews, fearing that the behavior sends a bad message to those outside the community.”

And, of course, New York Times writer Jodi Kantor chose a slew of evocative Jewish cultural markers in the title and lead paragraph of her Sunday Review essay, “When Politics Catches Up ‘With Portnoy’.” The lead paragraph, claiming that the “plot and details seem lifted from Philip Roth or the early work of Woody Allen,” seemed to suggest that she was going to explore the touchy question of Jewish male sexual insecurity, which seems right on the money. But she never got to it.

Instead she talked about the timing of the New York primary in the week between Rosh Hashanah and Yom Kippur, giving voters a chance to judge Spitzer and Weiner, and then went on to quote Jews who found their behavior offensive. She also brought in Ryan Braun, as well as Bernie Madoff, “Son of Sam” killer David Berkowitz and convicted child-killer Joel Steinberg. For some reason she neglected to mention Bugsy Siegel, Abe Reles of Murder Inc. and gangster Arnold Rothstein, who fixed the 1919 World Series. Maybe she’ll get to them in an upcoming column.

Of all the attempts, the one that came closest to deepening our understanding of the Jewish moral questions in all this was a July 15 feature story by veteran New York Times metropolitan reporter Joe Berger, interviewing ultra-Orthodox Jews about their responses to Weiner’s mayoral candidacy. They were divided in their feelings about his sexual misconduct. Some say it shows poor judgment. On the other hand:

Some Hasidic leaders say that Mr. Weiner, as a secular Jew, benefits because the ultra-Orthodox community already assumes that many non-Orthodox Jews are engaged in behaviors they view as sexually immoral.

Yaakov Kornreich, a journalist for Jewish publications who is associated with the Midwood-based “yeshivish” or “black hat” community, said it will be hard for many Orthodox Jewish voters to forgive Mr. Weiner for marrying a non-Jew. …

“There’s a feeling that he betrayed the Orthodox community, its values and standards, by marrying out of the faith,” he said. “He literally crossed a red line that is enforced in this community.”