Jerusalem’s Temple Mount Is for Jews, Too 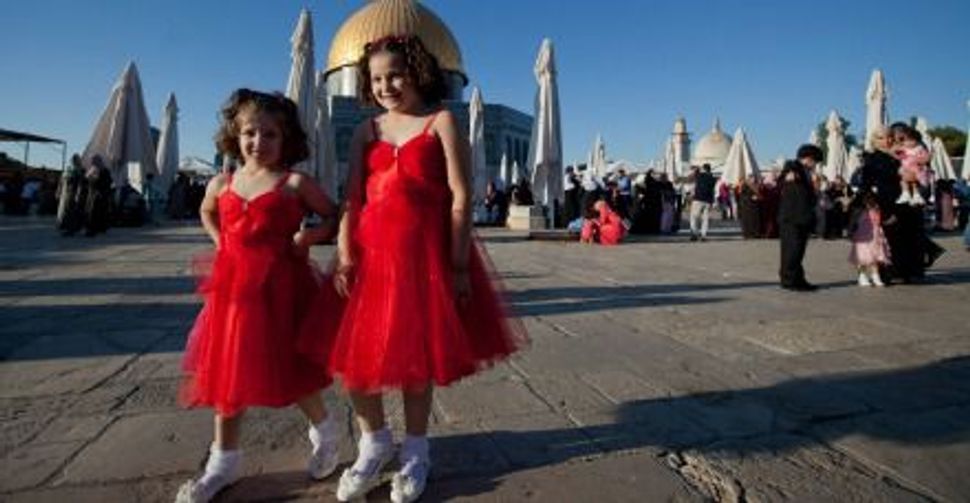 A group of people partakes in violence to prevent a rival group from praying in a site that is deemed holy to both. The authorities in charge of the area restrict access to this revered spot and forbid the second group to enter because of fears of upcoming violent disturbances.

At first glance, one would harshly condemn the police decision as violence should not be rewarded and used as a tool of intimidation. However, this scene is quite ordinary in on the Temple Mount in Jerusalem where Palestinian rioters throw stones and other objects at Israeli police and at Jewish worshipers below at the Western Wall.

The current status quo on the Temple Mount must change with both Jews and Muslims allowed to worship freely at this holy area for both religions.

“We reject these religious visits. Our duty is to warn,” said Sheik Ekrima Sabri, who oversees Muslim affairs in Jerusalem, using the Arabic name for the Temple Mount. “If they want to make peace in the region, they should stay away from Al-Aqsa.”

It is true that the Dome of the Rock is considered the world’s third holiest site to Muslims after Mecca and Medina in Saudi Arabia. However, this is not a justification to prevent other worshippers from different religions to pray at this same spot. Jews consider this land their holiest area as they believe that the first and second temples were built here in addition to other important events in their collective history.

Ahmed Tibi, an influential Arab Member of Knesset announced that Palestinians would see an increase in Jews visiting the Temple Mount as a “declaration of war.” Tibi continued saying, “The occupation is temporary and the government in East Jerusalem is temporary. The crusaders passed, the British passed, and so will the Israelis.”

Such a sentiment is an insult to Jews worldwide. The Jewish attachment to Jerusalem and the Temple Mount spans thousands of years with significant archeological evidence demonstrating the Jews’ strong ties.

Just as Muslims expect that others do not treat their religious ideals and holy places, they should also not minimize or ignore the Jewish connection to Jerusalem and the Temple Mount.

“We don’t want to close the mosque or even pray there. We just want Jews to be able to go up to the Temple Mount and pray without rocks being thrown at them,” Regev said at a parliamentary session debating this topic. “In a civilized country, everyone should be able to pray where they want. The status quo needs to change through dialogue.”

Even more frustrating is the language of incitement used by some in response to the fair decision to allow some Jews to pray at the Temple Mount. A spokesman for the Palestinian Authority in Ramallah contended that allowing Jews to enter the Temple Mount was a “green light to settlers to escalate their assaults against Palestinians and their holy sites.”

First of all, many of the visitors to the Temple Mount are not settlers, but mainstream Israelis living in Tel Aviv or Haifa. Furthermore, there is no evidence of Israeli Jews using violence against Palestinians while on the Temple Mount. In fact, the opposite situation is occurring with Palestinians throwing rocks against Jews. Buut one does not hear a Palestinian spokesman calling for an end to Muslim prayer on the Temple Mount to preserve peace and security in this area.

Unfortunately, Jewish worship is being restricted at one of our holiest sites, namely the Temple Mount in Jerusalem. Acceptance of the other’s legitimate religious rights is glaringly absent from Palestinian rhetoric. Until such tolerance is more widely accepted and practiced, the dispute over prayer in Jerusalem and the larger Arab-Israeli conflict will only persist for many years.

Jerusalem’s Temple Mount Is for Jews, Too