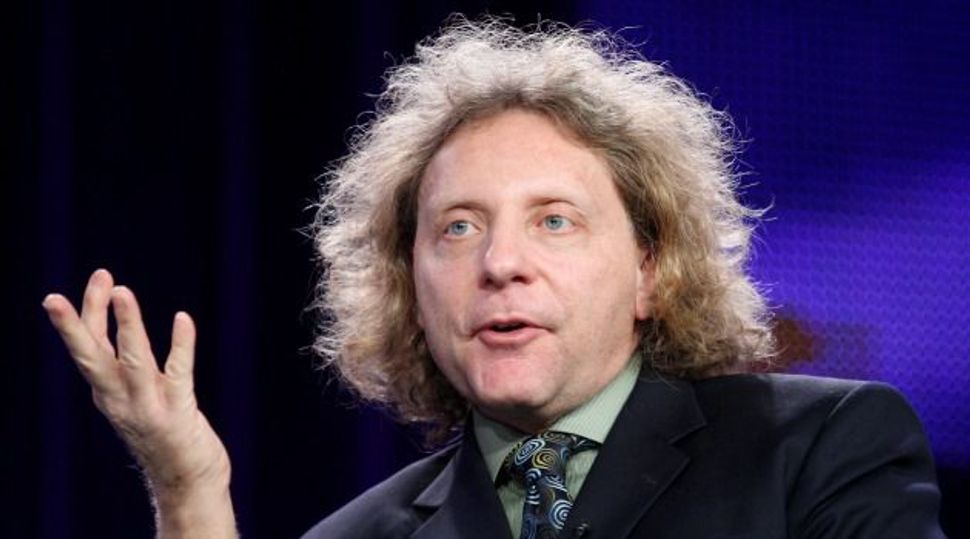 So. Can we talk about Thane Rosenbaum?

You probably already know that Thane Rosenbaum — who likes to talk about being a human rights professor — wrote an op-ed for the Wall Street Journal arguing that the Gazan noncombatants are fair game in this war, because “they” voted for Hamas and “invite [Hamas members] to dinner with blood on their hands.”

Setting aside the fact that Hamas (being awful) hasn’t held elections since 2006 — and also setting aside the fact that Gaza’s overwhelmingly young population includes hundreds of thousands of people who couldn’t have voted for Hamas had they wanted to — there are of course numerous problems with this analysis, starting with the Geneva Conventions.

Art 51. – Protection of the civilian population

Then there’s the fact that, as Jamelle Bouie wrote in Slate, to willfully ignore such distinctions is to “embrace the logic of terrorists” — and not just any terrorists, but Osama bin Laden himself, so, you know, we might want to avoid that kind of thing.

At the end of his column Bouie notes that, contrary to precedent, none of this is likely to cost Rosenbaum his job as Director of the Forum on Law, Culture & Society at NYU Law — but I, for one, am more curious about a different position to which Rosenbaum can as yet only aspire: Director of the Anti-Defamation League.

Six months ago, Abe Foxman announced that he would be stepping down from the helm of the ADL; Rosenbaum’s was among the names floated as his replacement. Speaking with Haaretz about the possibility, Rosenbaum said, “I jokingly say that in a way I’ve been doing the same job for decades, just without the portfolio,” but also attempted a more demur note: If asked, he said, “I’d answer the call and I’d be very honored.”

Now, Foxman is hardly a bleeding heart liberal when it comes to the Israeli-Palestinian conflict — to the extent that the ADL couldn’t bring itself to condemn the videotaped beating by two Israeli police officers of a 15-year-old Palestinian-American boy — but he heads an organization that has done vital work in combatting both anti-Semitism and other forms of intolerance.

According to the ADL itself, the organization was founded in 1913 “to stop the defamation of the Jewish people and to secure justice and fair treatment to all.” Central to its mission is “build[ing] bridges of communication, understanding and respect among diverse groups…. The Anti-Defamation League (ADL) fights anti-Semitism and all forms of bigotry in the U.S. and abroad.”

Reflecting the political positions of the broader American Jewish community, the ADL has stood with the LGBT community on hate crimes, spoken out against the recent Supreme Court ruling that allows religious bias to color health insurance coverage for women, and taken a firm stance in support of the Voting Rights Act. The ADL and I may not agree about how best to support Israel, but there’s no doubting the good work the organization has done on many fronts in the battle to secure “justice and fair treatment [for] all.”

All of which work would be instantly called into question should Foxman’s shoes be filled by Thane Rosenbaum.

What Rosenbaum has suggested is not only contrary to international law, but should be anathema to any who have dedicated their lives to combating hate-based injustice.

The American Jewish community doesn’t get a vote on who claims to represent us, but we can at least speak up and call on the ADL to drop Thane Rosenbaum from its short list. Our community, and the legitimate fight against anti-Semitism and terrorism, deserve much better.