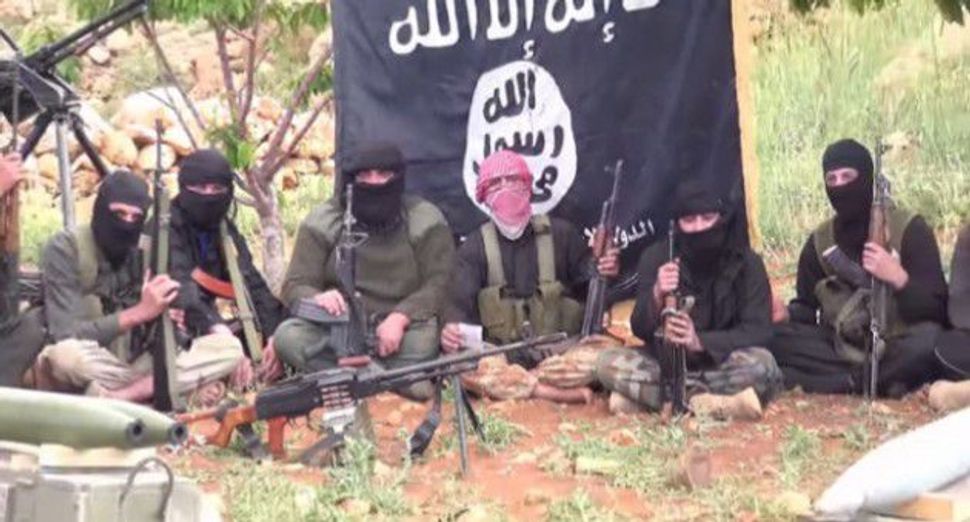 No Compromise: The militants of ISIS are ambitious and ruthless. Image by Getty Images

If there’s one thing we should have learned from the 20th century, it’s that wars are wicked, murderous affairs that defile the spirit of humankind. That despite this universal truth, there are some wars that must be fought, as wicked as they might be, because the alternative is even more unspeakable. And that some other wars should never have been fought. We still haven’t learned that lesson.

The last century saw many wars, but two great world wars in particular hung over the era like a vast shadow of death. The first world war was a stupid, meaningless orgy of slaughter, unleashed to burnish the egos of a few strutting royal buffoons, that proceeded to decimate an entire generation. In the end, whatever good it might have wrought in the toppling of empires was dwarfed by the inferno it ignited. In the end, too, were it not for the devastation of that first war and the vengeful, humiliating peace that the victors imposed on Germany, there would not have been a second world war. And yet, once the poison of Nazism began oozing across Europe, a second world war became unavoidable. That was a war that had to be fought to its terrible finish. Otherwise evil would have settled upon the world like a long, dark night.

Winning the Second World War was an enterprise that united much of the human race. Differences between east and west, even the conflict between the Stalinist dictatorship and the Atlantic democracies paled before the urgent task of defeating Hitler. Nothing before or since has commanded such a transcendent commitment.

The wars of this new century have not yet replicated the monstrous, world-consuming cataclysms that ravaged the last century. In the main, their scale of destruction has been more limited. Their tolls have mostly been tallied in the thousands, not tens of millions. Each conflict has contained within itself infinite tragedies of loss, but the world has not yet erupted in flames as it did twice in the last century.

In at least one way, though, the patterns of the 21st century have begun to repeat those of the 20th. Like the last century, this one opened with a stupid, meaningless war launched by a gang of bunglers in the name of removing threats that didn’t exist, toppling a tinpot despot and promising democracy but unleashing only the whirlwind. And like the last century’s opening march of folly, this one has spawned a murderous evil capable of marching across borders, carrying out mass atrocities in pursuit of a vision of world domination. And now, as then, we must fight.

Most Americans have come to accept that our 2003 invasion of Iraq was a terrible mistake, but there’s little recognition of the havoc we wreaked. In the years following our invasion, masses of people throughout the Middle East have taken to the streets in a misnamed Arab Spring to demand what Iraq had gained, and to their great misfortune and ours, they’ve gotten it: a brief promise of freedom followed by sectarian civil war, murderous extremism, chaos or all three. In Iraq itself, Islamist radicals rushed into the vacuum we had created and built a terrorist force where none had existed. It has taken various names as it’s grown and metastasized, calling itself Al Qaeda in Iraq, then the Islamic State of Iraq. Finally it crossed into Syria and launched a wave of terror that beggars the imagination.

It’s a mark of how badly we underestimate the Islamic State that we try to compare it to other terrorist movements that use the language of Islam, whether Hamas or the Muslim Brotherhood or even Al Qaeda. I’ve cited in past columns the threat analysis developed by Israel’s military intelligence, as presented in June by the head of research in the IDF strategic planning directorate, Brig. Gen. Itai Brun, but it’s worth repeating. The consensus of Israel’s intelligence services is that Israel faces four distinct forces in the Middle East: the moderate bloc of Egypt, Jordan, Saudi Arabia and the Palestinian Authority; the Shia bloc of Iran, Hezbollah and Syria; the Muslim Brotherhood and its offshoots, including Hamas; and the forces of global jihad. Of the four, global jihad is the only one that’s not considered susceptible of negotiation or deterrence — that is, beyond the reach of rational coexistence.

Why is ISIS different from, say, Hamas? A simple glance at the events of the last few months ought to make that clear. Hamas, like its parent, the Muslim Brotherhood, seeks to gain state power in order to govern the state according to its notions of Islamic ethic. ISIS seeks to eliminate existing states and create an empire stretching across the vast expanse of the early Muslim caliphate. Hamas, as a religious Palestinian nationalist movement, makes no claims beyond the borders of the national territory of historic Palestine, the same greater Land of Israel that Israel’s religious nationalist movement claims as its own. ISIS recognizes no borders, no nations and no limits to its appetites.

Hamas’s tactics include the ballot box and the classic weapons of nationalist guerrilla-terrorists from Algeria to Vietnam, including kidnappings and bombings. ISIS rolls across territory, clearing armies in its path and casually massacring its prisoners; capturing villages and burying their inhabitants alive; giving religious minorities the choice of conversion, flight or mass extermination; slicing children in half, selling women and girls into sex-slavery, crucifying dissenters and beheading random passersby. The world has not seen anything like ISIS in decades. Even Al Qaeda shudders at the savagery of the so-called Islamic State.

Western moderates consistently reject facile comparisons of contemporary ideologies, however hateful, to Nazi Germany. However distasteful the world’s mischief makers might be, they tend not to aspire to conquer the world and exterminate entire populations. And even when they use such rhetoric, they never display anywhere near the capacity to capture large territories, defeat standing armies and govern.

Not until now. Now the world faces a new ideological movement that has the will and the capacity to conquer, combined with the depravity that recognizes no morality beyond its own exterminationist appetite.

Stopping ISIS is not another military adventure, an Iraq or Vietnam redux. It’s a mission to eliminate a fast-growing virus that has already shown the horrors it can wreak if permitted to continue growing and mutating. It’s a cause that should unite America and the other Western democracies with those powers in the region that face the most immediate risks, whether they’re traditional Sunni allies like Jordan and Saudi Arabia or modern-day Stalins like Bashar al-Assad and the Iranian mullahs. We must not be squeamish. We must not let the ghosts of past misadventures blind us to the urgency of the present. We must not wait for others to do our fighting for us under the illusion that this is their fight and not ours. This is a time for boots on the ground.