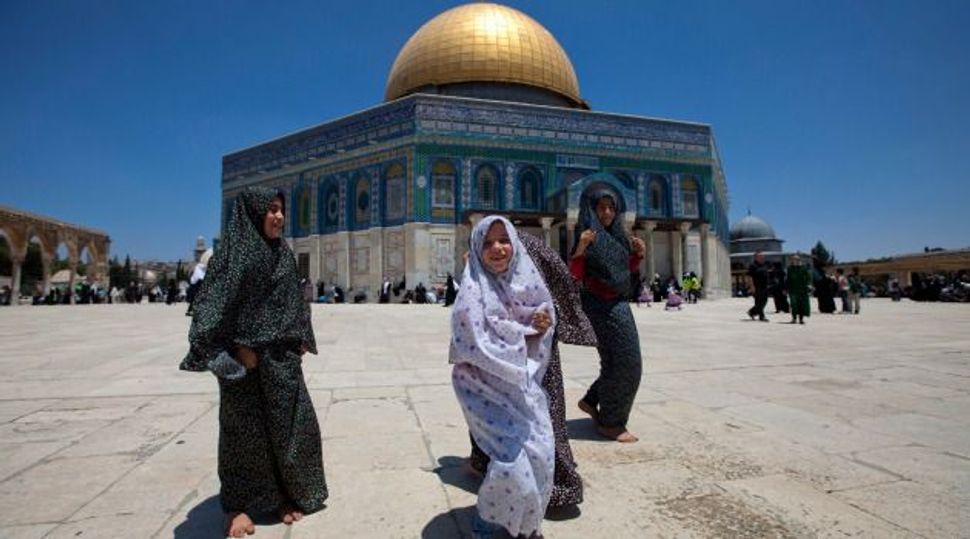 The chief rabbi of the Israel Defense Forces, Brigadier General Rafi Peretz, said during a lecture to seminary students in early November that the Temple Mount has no legitimate religious significance in Islam and that Muslims “imagine” a religious bond to the site. When they pray, he said, they bow in the direction of Mecca “with their backsides to the Temple Mount.” 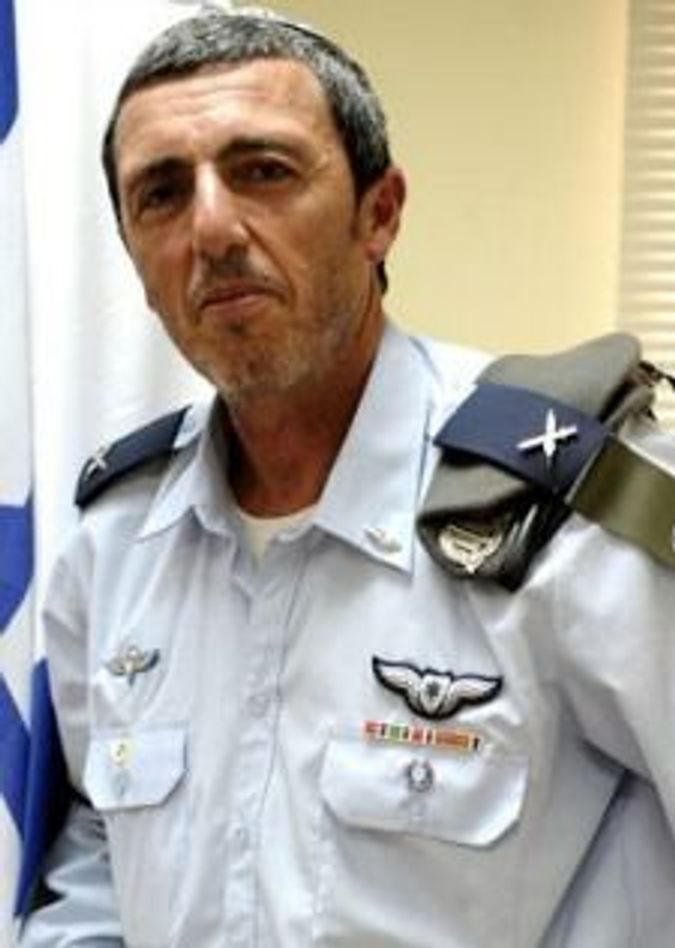 “There isn’t a single place in the Quran where the name Jerusalem appears,” he said. “There isn’t. Not once. You know what? Not even in a hint.”

Immediately afterwards, in response to a question from a student claiming that an Arab told him there is a reference to the prophet Muhammad’s dream of Jerusalem, he said the student doesn’t understand, but (13:35) “Arabs don’t understand either. Arabs imagine it. It’s amazing. You know what? Ninety percent of the Arabs don’t know what’s in the Quran. I guarantee it. We know better than them.”

“You’re saying that there is some dream. Correct. There is some commentator who explained something in the Quran through this dream. But it’s not the commentary of Rashi. It’s some legend that was appended.”

He added that the only spot on the Temple Mount to which holiness is ascribed in Islam is the Al Aqsa Mosque. (referring to the silver domed building at the southern end of the plateau). But he goes on to explain that this is based on a misreading of the Quran.

The November 3 lecture was recorded in full on video and posted to YouTube in a 52-minute clip, which was then linked on the religious website Kipa.co.il on November 26. You can see it after the jump (in Hebrew). His remarks about Islam and the Temple Mount begin at 13:15. Here is the Jerusalem Post account of the the event. Here is the Haaretz account.

The incident is elaborated in Islamic commentary, or Hadith, as an event in which Muhammad, in a dream-state, is met at the Ka’aba by the angel Gabriel and taken on the heavenly white horse Buraq to al-Aqsa, where he leads other prophets in prayer and then ascends to heaven.

Peretz was speaking November 3 at the Otzem pre-military academy, located at Moshav Naveh in the Negev. According to his IDF Rabbinate bio, Peretz founded the academy in 1993 at Atzmona in the Gaza Strip (other reports say 1992). It was moved to the Negev after Israel’s disengagement from the Gaza Strip in 2005.

After his remarks stirred a public furor, the IDF Spokesman’s office released a statement: “The words were taken out of context and do not reflect the views of the military chief rabbi. The rabbi regrets if his words offended the Arab population.”

Here’s the context: Peretz begins his lecture, which is devoted to the topic of “leadership,” with an explanation of traditional rabbinic commentary on an incident in the previous week’s Torah portion, Lech Lecha. In it, Abraham, camped near Hebron, leads his retainers in a battle against an alliance of kings under King Chedorlaomer of Elam. The alliance had sacked Sodom and kidnapped Abraham’s nephew Lot (Genesis 14:13-16). The patriarch chases the enemy north to Damascus, defeats the alliance in battle and returns home with his nephew and significant booty.

Now comes the critical moment (Genesis 14:17-20): On his way home Abraham is met the Valley of Shaveh, described by Josephus as a portion of the Valley of Hinnom, a quarter-mile south of Jerusalem, by a grateful king of Sodom. They are joined by Melchizedek, king of Salem (the early name of Jerusalem), who is described as a “priest of God Most High.” The king “brought out bread and wine” and blessed Abraham “of God Most High, the acquirer (koneh) of heaven and earth.” (This is often translated “creator of heaven and earth”).

Then Abraham “gave him a tenth of everything.” The Hebrew word for “tenth,” ma’aser, also means “tithe.” The text goes on to say (verse 21) that the king of Sodom attempts to turn down some of Abraham’s gifts — the “tenth of everything” — but Abraham insists he keep them.

Peretz, however, described the transaction as occurring between Abraham and King Melchizedek of Salem. In his exegesis, the incident becomes the Bible’s first indication that Abraham and his descendants, the Jews, are destined to bring holiness to the world via the ritual of sacrifice on the Temple Mount in Jerusalem. He explained that Melchizedek, although ruling Jerusalem, had a relationship with “God Most High” — that is, in heaven above — but he recognized in Abraham an ability to bring the holiness of heaven down to earth by linking heaven and earth — “acquirer of heaven and earth” in “this place,” Peretz said. This Abraham does through the tithing, or Temple sacrifice, of bread and wine. Thus Melchizedek is acknowledging that Abraham and his descendants have a mission to bring the divine presence to the earth through the sacrifice ritual in Jerusalem.

Peretz continued: “This is what Nimrod” — understood in rabbinic tradition as the rebel against God (based on Genesis 10:8-9) — “was fighting against, then and also today.” Which brings him to the current struggle for control of the Temple Mount, and to his claim that Islam lacks any religious justification for a claim to the site.

The current struggle, he implies, is merely the latest example (following in the line, he says, of Antiochus, Vespasian and Hadrian, all conquerors of Jerusalem) of rebels against God trying to “bring defilement” (le-havi tum’ah — Peretz’s words) to the Temple Mount in order to thwart the Jewish mission of sanctifying the world.