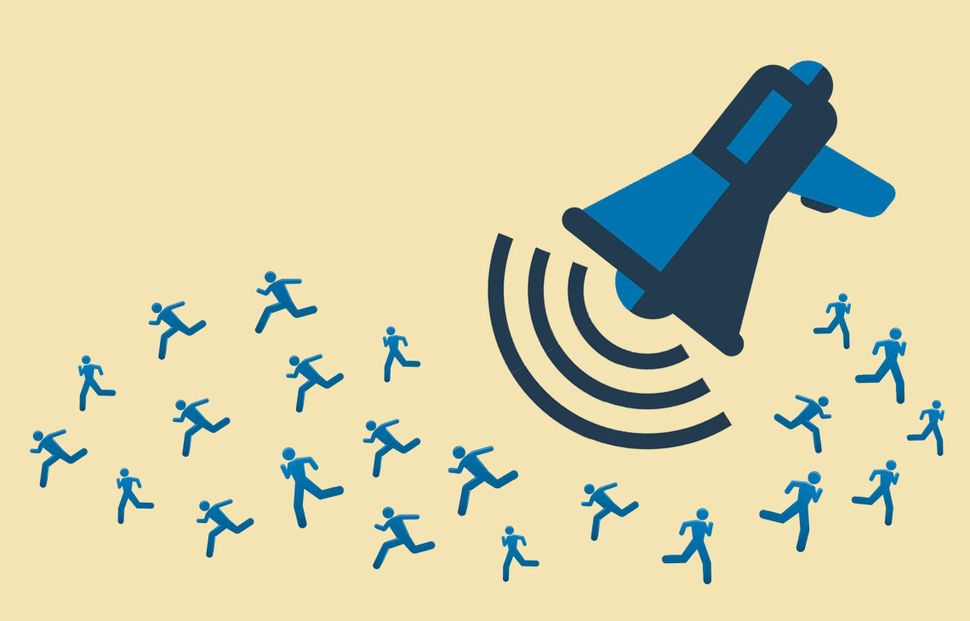 As the debate about the joint agreement on Iran’s nuclear future reaches into its second month, defying the August doldrums and energizing Washington lobbyists, some American Jews are still making up their minds. Polls are split on the matter, indicating a slight majority for or against the deal, depending on who is asking and how the question was posed.

The communal defense and advocacy organizations have lined up in a predictable pattern, with the powerhouse American Israel Public Affairs Committee leading the charge against the deal. J Street, the David to AIPAC’s Goliath — an observation about size, not necessarily justness of cause — is gamely cranking up the banner in favor of the deal, outspent if not outrun.

The groups that aim to straddle the middle — in theory, if not always in practice — waited a respectable amount of time, presumably spent deliberating, before issuing their concerned statements that, in the end, the deal should be rejected. (See: American Jewish Committee, Anti-Defamation League.)

All this activity strikes us as expected and appropriate. This is what AIPAC and J Street, AJC and ADL, and The Israel Project and Ameinu do. They advocate. And if they aren’t going to advocate on a groundbreaking deal of utmost importance to the United States and Israel, why be in business at all?

The 151 Jewish federations, however, should play a different role. Too many are not doing so, which we believe is both a practical and strategic mistake.

Time was the principal mission of the federations that sprouted up in towns and cities across the country was essentially “human services” — caring for the sick and needy, educating the young, providing a central address for communal issues, a sort of United Way for Jews. The mission has grown to include supporting and protecting Israel and securing Jewish continuity, and so for many federations (though not all), the question of whether and how to deal with the virulently anti-Israel regime in Iran assumed a top spot on their agendas.

So it has come to this: As of our deadline, 44 federations and affiliated Jewish Community Relations Councils around the country have issued statements on the Iran agreement. The parent body, the Jewish Federations of North America, has wisely (in our view) chosen to remain neutral, seeing its role as a “convener,” hosting webcasts with everyone from Israeli Prime Minister Benjamin Netanyahu to President Barack Obama.

But from Birmingham to Detroit, from Los Angeles to New Jersey, many federations have taken it upon themselves to denounce the agreement. Some at least acknowledge the rarity of such an action.

“As a nonpolitical organization dedicated to the social welfare of the Jewish people, the Federation rarely takes a public stance on questions of international diplomacy,” the Detroit agency said, but then it went on to do just that — citing the “existential threat” facing a vulnerable Israel, and repeating the central talking points of the deal’s critics.

We don’t dismiss those talking points. They are real and valid, and may be persuasive. But given the fact that the Iran deal is a contentious and highly partisan issue — never mind a complex one that, arguably, nuclear scientists and seasoned diplomats can better understand — why should umbrella service organizations be driving the wedge even deeper?

The pressure to do so cannot be minimized. In this partisan climate, not taking a position takes a lot of guts.

But some strong federations are bucking that trend and carving out a sensible role acknowledging both the seriousness of the subject and the limitations of their mission.

“We have to maintain credibility on both sides, and give a platform for enunciating all positions,” Gregg Roman, outgoing community relations council director of the Jewish Federation of Greater Pittsburgh, told the Forward. “Iran is a lot bigger problem than just this deal, and we’ll be dealing with it for many years. Our focus is on the long game.”

It is this strategic perspective that’s missing from so many in Jewish leadership these days. Assuming the neutral role of convener doesn’t equate to a federation abrogating its responsibilities and abandoning the Jewish people; there is no shortage of voices weighing in on the deal, led, of course, by Netanyahu himself.

But the federation system, indeed its very collectivist concept, is struggling for relevance in an atomized American Jewish landscape and cannot afford to alienate a sizable portion of Jews when there is hardly a consensus about this agreement. Contrast the inclusive way that the New York federation has approached the issue with the aggressive stance of the Los Angeles federation, which has outraged rabbis and other leaders in that divided community by opposing the deal a week after it was announced.

“Those Federations that have submerged those principles for a political position, often driven by their unenlightened major donors, need to consider that decision, as some donors will treat it as a plebiscite on whether they should continue to use Federations as the vehicle as they were intended,” warned Jeffrey Solomon, president of the Andrea and Charles Bronfman Philanthropies.

In the end, this is not just about Iran, but also about federations and their future. As Elana Kahn-Oren, director of the JCRC in Milwaukee, another brave city that chose to educate rather than agitate, told us, “To us, leadership means not only standing strong for Israel, but also honoring the many voices within our community and enriching the conversation by creating space for good, informed discussion.”