Where’s the Orthodox Counterpoint to All Those OTD Books? 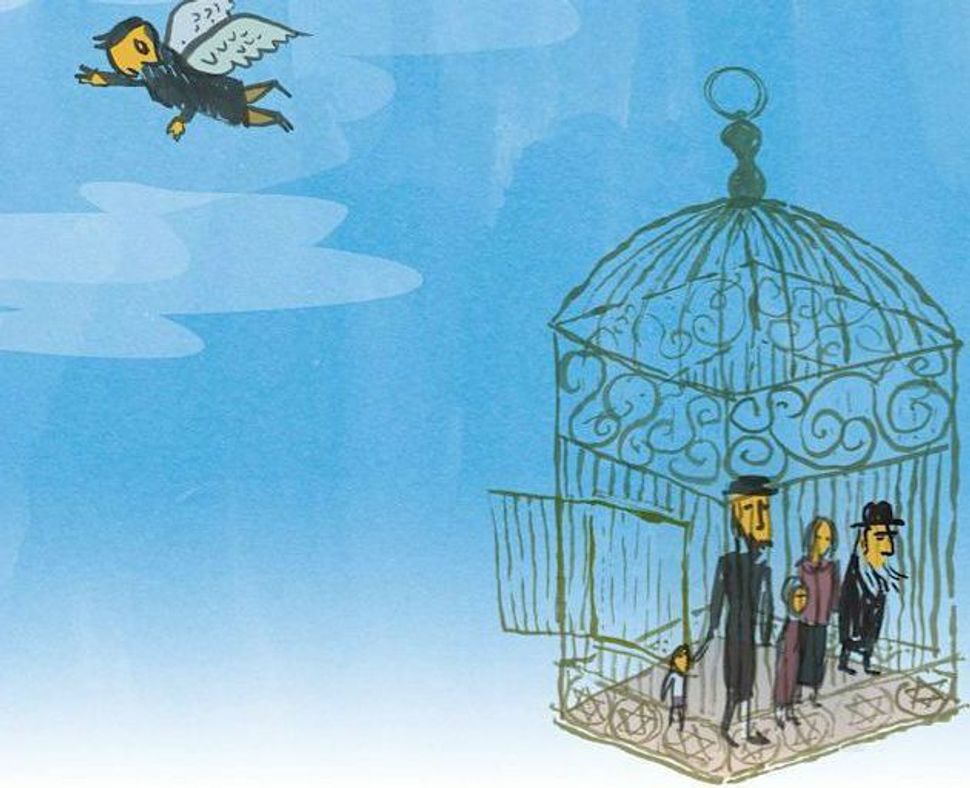 Compelling personal essays and well-promoted books by “off the derech” writers — Jews who were raised Orthodox but are currently elsewhere — have become something of a cottage industry.

Some of the accounts are somewhat condescending, even cynical, embodiments of the perennial phenomenon of intrepid youth discovering truths to which their parents are lamentably oblivious. It’s enough to put you in mind of the slyly perceptive comment often attributed to Oscar Wilde: “I’m not young enough to know everything.”

Other narratives, though, are wrenching to read, detailing familial or communal neglect, insensitivity or much worse. No one, it should go without saying, has the right to judge a person who has been abused or denied the space to express his or her individualism and, as a result, decided to seek fresher air.

The sheer number of memoirs by young Jews who have chosen to leave the Orthodox communities of their upbringing might lead you to imagine that such communities, particularly Hasidic ones (the paths from which most of the strayers strayed), must be experiencing severe demographic hemorrhaging.

But that imagining is belied not only by the vibrancy readily evident in countless Haredi communities and institutions but, now, by the disclosure of the recent Pew Research Center report, “A Portrait of American Orthodox Jews.” The report suggests that Haredi communities are doing pretty well these days. It also reveals that, while some attrition does exist in such communities, influx into Orthodoxy is considerably more prevalent.

The 1950s through the 1970s saw a great outflow from the Orthodox community in America. Large numbers of young Orthodox Jews rejected the dedicated Jewish observance of their parents (who were in many cases immigrants) and joined non-Orthodox congregations or opted not to affiliate Jewishly at all. More recent decades, though, have seen a remarkable reversal of that trend, with fully 83% of Jews 18-29 who were raised Orthodox remaining faithful to their upbringing.

What’s more, and even more striking, fully 30% of Orthodox Jews today were brought up in other Jewish movements or without any Jewish affiliation at all.

Compare that with the finding of another Pew survey, which reveals that a mere 2.6% of the adult Catholic population came to Catholicism from elsewhere. Then add to that the fact that about half of those who were raised Catholic end up leaving the church. (For every convert to Catholicism, it has been estimated, more than six go in the opposite direction.)

Those of us in the Haredi community are not surprised by the sizable percentage of Jews found to have migrated from less demanding parts of the Jewish spectrum to traditional Jewish belief and observance. Most of us know many Jews who became Orthodox as young adults; they are vital and vibrant parts of our communities, our synagogues and our lives. Some have been observant Orthodox Jews for many years; others have come more recently; and newcomers are a constant part of the landscape.

But now, with a study and a statistic to confirm our personal experiences, a puzzle emerges.

Why is there no counter-flood of essays and books by some of the many who came from other Jewish places to Orthodoxy? Why no vivid descriptions of what impelled them toward traditional Jewish observance? Why no accounts of the emptiness they experienced in their secular lives, or the inadequacy they perceived in less observant ones?

Where are the tell-all revelations of the human failings and hypocrisies that such “returners” witnessed in their youths, the frailties and deficiencies that exist in dark corners of all faith and non-faith communities? Are there no tales to tell of parents who deprived their children of even a rudimentary Jewish education? Who responded negatively to their progeny’s explorations of their Jewish roots? Or who lived lives that contradicted what they preached to their young?

While there are certainly non-Orthodox parents who accepted, even encouraged, their children’s explorations of Orthodoxy, other conflict-laden scenarios surely exist. There are veins of disillusionments and indignities running through the early years of many a something-else-turned-Orthodox Jew, uncomfortable realizations that impelled them to a radically different understanding of their religious heritage from that of their parents.

The dearth of exposés and lamentations, I think, stems from two things. First, that Judaism is (to understate things) not keen on “settling scores” or pointless negativity, particularly toward parents. And second, “returners” naturally feel no need to look back in anger or pain; they are content to live the Jewish lives they’ve chosen.

Which is not to in any way disparage at least some of the “I escaped Orthodoxy” accounts, or to downplay the severe challenges that some “off the derech” Jews have faced and in some cases continue to face. It’s simply to suggest that perhaps those who have travelled in the other direction feel no compulsion to look back — they’re just happy to be home.

Where’s the Orthodox Counterpoint to All Those OTD Books?