How Marco Rubio’s Words Resonate With My Jewish Family 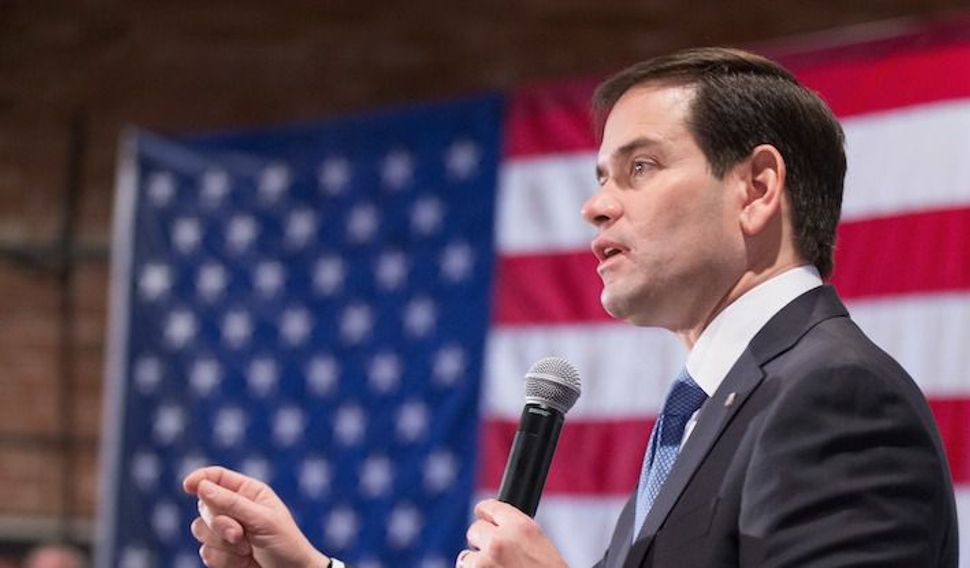 There are a lot of ways to be an American, but for a long time it seemed there was only one way to be an American running for the Republican nomination for the presidency: Have deep roots in America and a storied American family.

John McCain’s father and grandfather were both four-star admirals in the Navy. Mitt Romney, looking like he came out of a casting session for an American president, was the son of George Romney, himself a governor and a CEO. George W. Bush, of course, was the son of a president, brother of a governor. Most candidates would have to go back past their grandparents to find ancestors born anywhere but in America.

So Sunday night’s Iowa caucus win really stood out. The story today on the GOP side should be that two Hispanics finished in the top three in lily-white Iowa. In particular, Marco Rubio, who finished a strong third, is a new kind of American story.

As my husband and I watched Rubio’s acceptance speech, we noted that he sounds, well, like us. We’re both children of immigrants — my side from the former Soviet Union, his from Israel — and we both came to this country as small children. Rubio was born in America, but his story resonates with us in a way that the personal stories of previous candidates haven’t.

When Rubio talks like this, I hear my own family’s story in his words. I am an unabashed American patriot. I talk openly about love of country. I’m also a lifelong New Yorker, and Jewish, so I am generally somewhat cynical and sarcastic. But when it comes to cheering for America, I do it shamelessly and openly, just like Rubio. When you’re an immigrant or a child of immigrants, you can pull a Rubio and call America “the most extraordinary nation in the history of mankind” and it won’t sound shmaltzy. You were raised to know how differently your life could have gone if you hadn’t made it to these shores. I know it, and Rubio knows it, too.

The problem for Rubio is that he is the child of two immigrant parents in an election that has been marked by extreme anti-immigrant sentiment. While there is a wide gulf between legal and illegal immigration, the lines started to become blurred with the rise of Donald Trump. Seeing the deep dissatisfaction Americans have with a porous border and lack of immigration control, several candidates began advocating for a repeal of the 14th amendment, which grants automatic citizenship to anyone born in America. These people can’t know the feeling my parents had as they escaped to freedom with me, and then as they celebrated the birth of my brother in Brooklyn — the first American citizen in our family — four years later. Rubio wisely opposes repeal.

It remains to be seen whether the child of immigrants can overcome the mood in his party and become its nominee. If he does, first-generation Americans will, for the first time in a long time, have the opportunity to elect someone who relates to their experience.

How Marco Rubio’s Words Resonate With My Jewish Family