Remembering Phil Ochs, the Other Great Jewish Folksinger of the ’60s 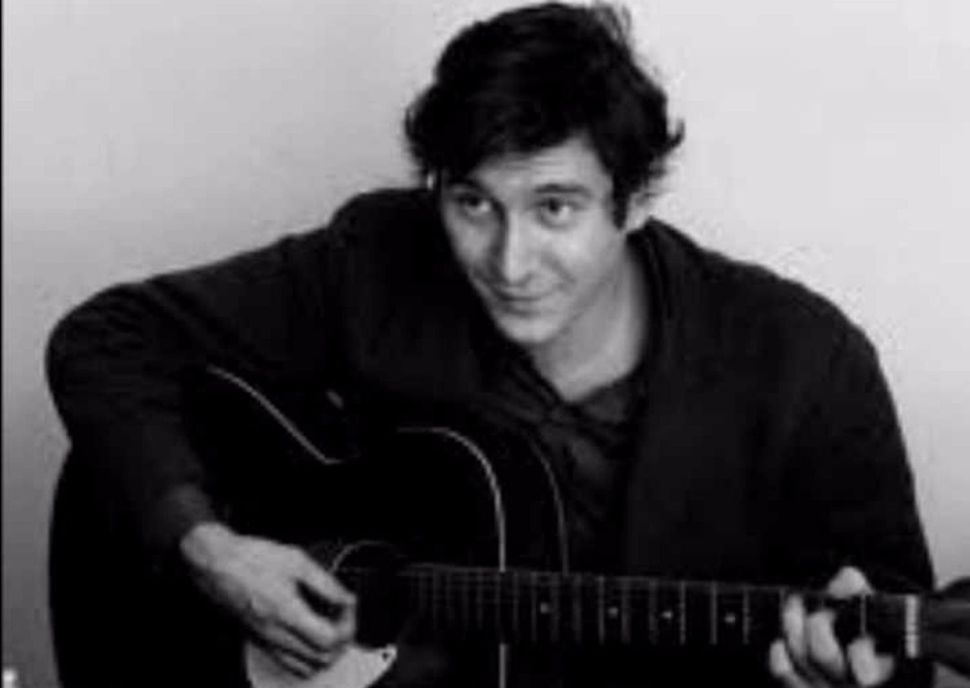 It was 40 years ago this weekend, on April 9, 1976, that Phil Ochs was found dead at his sister’s home in Far Rockaway, Queens. He was one of the best-loved of the generation of young singer-songwriters of the 1960s, but he was much more than that. He was the most eloquent, wittiest, most piercing political bard of the era. For many of us he was the Other Great Jewish Folksinger of the 1960s. In many ways he was the truest voice of that generation. He was just 35 when he died by his own hand.

When I posted a note about the anniversary on Facebook last night, having been reminded by my friend Hank Albert — who knows more than most about loss — I was surprised to see how many others remembered just where they were when they heard of his death. For me the moment is as clear as if it were yesterday. I was wiping down tables after lunch in the dining room at Kibbutz Gezer when the news came on Galei Tzahal, Army Radio. I put down my sponge, found a chair in the corner and wept.

Ochs came on the folk scene in 1962, part of the wave that included Bob Dylan, Tom Paxton and Joan Baez, among many others. His first album, “All the News That’s Fit To Sing,” didn’t come out until 1964, but by then he was becoming a fixture in the folk community. He’d sung at the Newport Folk Festival in 1963 and his songs appeared regularly in Broadside, the mimeographed protest-song journal. When the Vietnam War began escalating in 1964 and 1965, he became the spokesman for the Opposition. His second album, released in 1965, was titled “I Ain’t Marching Anymore.” The title song became the anthem of the Movement.

In the early years people often spoke of Ochs and Dylan in the same breath. They were both writing songs about events in the headlines — racial murders in the South, the war in Vietnam, hopes for a better world. The comparisons weren’t always kind to Ochs: Dylan, it was said, was a songwriter-cum-poet, while Ochs was a songwriter-cum-journalist. Dylan’s best songs could make you sit down and look at things in a new way. Ochs’s best songs would make yu jump to your feet, grab a picket sign and start a protest march chanting the song in defiance. Dylan at his best could dig beneath the headlines to bring out a larger historical or even philosophical truth, like his critique of Southern racism’s class exploitation in “Only a Pawn in Their Game.” Ochs, on the other hand, would capture the feeling in the events that were happening around us with an angry, driving, urgent passion.

In June 1964, three civil rights workers, two New York Jews named Andrew Goodman and Michael Schwerner and a local black Mississippian named James Chaney, disappeared on a country road near Philadelphia, Mississippi, while traveling from one country town to another to register voters. Their beaten, tortured bodies were later found beneath an earthen embankment. ‘In August the FBI arrested 18 members of the local Ku Klux Klan, including several Neshoba County officials, for involvement in the murders, but a local court dismissed the charges for lack of evidence. The men were then tried in federal courts on lesser charges of civil rights violation that brought charges averaging seven years. No one served more than six.

The incident wasn’t terribly unusual as Southern justice went during the civii rights era and even before. Black men and white troublemakers often disappeared quietly at night, and if their killers were caught they were released or got a slap on the wrist. But this case involved white college students from the North with families and communities and networks of people that were horrified. It became a turning point in Northern white and especially Jewish responses to the civil rights struggle. And it inspired what could be Phil Ochs’s angriest ballad, recorded at the end of 1964 and released in 1965: “Here’s To the State of Mississippi.” Much has changed in Mississippi and its neighboring states since those bloody years. What’s remarkable, listening to Ochs’s words and music, is how much hasn’t changed, how little black lives still matter and how fresh the song sounds a half-century later.

At times Ochs’s songs achieved a lyric humanism that could match any poet line for line, as in his “There But For Fortune”

and even a stunning patriotism that was rare for those divided times, as in his “Power and Glory”

… to say nothing of the biting, sarcastic wit that Ochs brought to songs like “Draft Dodger Rag”

True, Dylan had a gargantuan talent for lifting your spirit by describing the world in ways that you’d never imagined. Ochs’s talent was to give voice to the very things that you were seeing and feeling and to set them to music, creating anthems of a generation.

Another difference was that in 1965 Dylan gave up his brief career as a protest singer and moved on to surrealism, love and the inner dimensions of the soul. This was just as the war was heating up and America’s cities were going up in flames, and many of us felt abandoned. Phil Ochs was just hitting his stride. For the next few years he was the voice of youth protest. As time went on he added a very adult, universal power of observation. “Outside of a Small Circle of Friends” was a bitterly sarcastic comment on the public apathy that was on display in 1964 when Kitty Genovese was stabbed to death on the street outside her apartment building in Queens, N.Y., while dozens of people nearby reportedly heard her screams and did nothing — failing even to call the police.

He also created a collection of deeply personal ballads that became standards of the American songbook, especially the now-classic “Changes”

and the haunting “When I’m Gone,” which eerily foreshadowed his own death a decade later.

Then something happened. It was said that he was stung by the success and wealth that other, less political singers were enjoying. He began releasing songs with lush, Sinatra-style orchestrations. His fans didn’t know what to make of it.

Some were lyric masterpieces, like “Pleasures of the Harbor”

and “The Flower Lady.”

Others simply fell flat. I remember the embarrassment I felt when I went to an Ochs concert in late 1969 or 1970 and saw him come out on stage in an Elvis-style gold lame suit to sing those gushy new songs. On the other hand, I’d joined a mass walkout at a Dylan concert in 1965 when he came out with his electric band, and by 1970 I’d like to think I’d learned something about suspending judgment.

But Ochs was actually entering a long decline. Some say he was suffering from writer’s block. He’d been increasingly depressed over the state of American politics ever since the 1968 Democratic convention in Chicago. He was beginning to succumb to bipolar disorder, aggravated by a serious drinking problem. In 1971 he was arrested in Uruguay after singing at a political rally, then arrested again in Argentina. Then in 1973, while visiting Africa, he was attacked in Tanzania by a robber who strangled him and damaged his vocal cords.

Returning home he became increasingly erratic. He alarmed his friends with paranoid rants about plots against him by the CIA. He slipped into an alternate identity for months at a time, calling himself John Butler Train, often living on the street, saying he’d killed Phil Ochs and taken over his identity. Finally, in 1976, he did: He killed Phil Ochs.

Finally, here’s a video of a live performance of “When I’m Gone,” interwoven with a video montage of Ochs’s life and times and the call to our generation from President Kennedy that, in a way, got us all moving:

Remembering Phil Ochs, the Other Great Jewish Folksinger of the ’60s