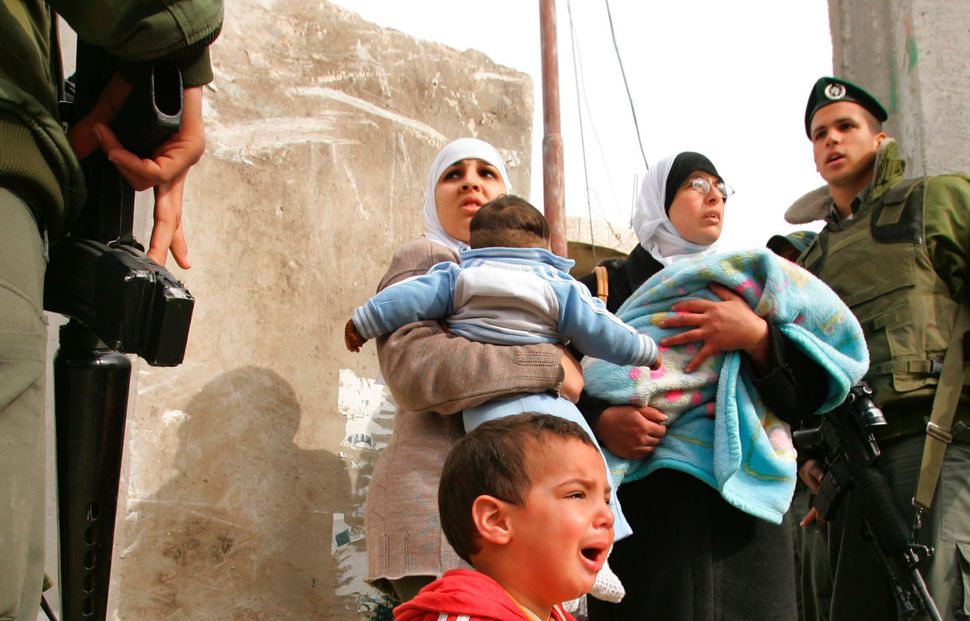 If the political will existed, Israelis and Palestinians could reach a peace agreement tomorrow, based on specific terms that majorities on both sides would accept.

But it’s not likely to happen, in part because of the nearly bottomless mistrust that each side feels toward the other.

What’s more, mistrust has been growing over the past five years, while support for a peace agreement has been declining, as measured by previous surveys.

That’s the bottom line from a major new survey of Israeli and Palestinian opinion (executive summary here, full survey here), released on August 22. It was conducted by a pair of internationally respected think tanks, the Jerusalem-based Israel Democracy Institute and the Ramallah-based Palestinian Center for Policy and Survey Research. Funding came from the European Union and a German foundation. Respondents included 1,270 Palestinians in the West Bank, Gaza and East Jerusalem and 1,184 Jewish and Arab Israelis.

This misunderstanding contributes to the paralysis gripping the region. Citizens on both sides believe that majorities on both sides are opposed to a peace pact that they themselves, individually, could support.

The survey also questioned respondents on specific terms of an agreement. The results from this line of questioning were even gloomier.

The terms offered to the respondents were based on understandings reached in past rounds of negotiations. Where agreement hadn’t been reached in past talks, the survey questionnaire split the difference. All told, the survey offered nine specific terms for a peace agreement. Among them: Palestinian demilitarization; pre-1967 borders with land swaps to preserve major settlement blocs; East Jerusalem as the capital of the Palestinian state, and Israeli absorption of 100,000 Palestinian refugees under “family reunification.”

The terms outlined in the survey are broadly similar to the so-called Clinton Parameters, a template for a peace agreement proposed by President Bill Clinton in December 2000, shortly before he left office. Similar terms were outlined in an unofficial agreement, the so-called Geneva Initiative, reached in informal talks in 2003 between Palestinian officials and Israeli peace activists.

Formal Israeli-Palestinian negotiations came close to agreement along the same terms in 2000-2001 and again in 2008. In both cases, however, Israelis presented what they called a “final offer,” which Palestinian leaders declined to accept as final. Both times, however, further talks became impossible because the Israeli prime minister lost his job and was replaced by a more conservative leader.

On both sides, however, rejection of the proposed agreement turned into solid support when opponents were offered certain additional incentives and asked if the added incentives would make them change their minds and support the nine-point deal. Some of these incentives have been raised in past negotiations by one side but flatly rejected by the other, such as Israel “acknowledging” its “responsibility for the creation of the refugee problem.”

Several other incentives, however, involve interventions by the international community that are already on the table. They haven’t been included in bilateral Israeli-Palestinian negotiations, but they’ve been discussed and largely accepted by major international players.

In particular, about one-quarter of opponents on both sides said they’d support the peace deal if it included “peace with all the Arab states according to the Arab Peace Initiative.” In that case, the detailed peace pact would win the backing of just over 60% of Jewish Israelis, and a narrower 52% majority of Palestinians.

Palestinian support would increase dramatically, however, if the Palestinian state “received 30 to 50 billion dollars” to help in resettling or compensating refugees. In that case, Palestinian support for the overall agreement would jump to 58%. Both of those incentives are already part of an international consensus. Peace between Israel and the Arab states is part of the 2002 Arab Peace Initiative, which would be triggered by a two-state Israeli-Palestinian agreement. As for the Palestinian aid package, that’s been an understanding among the major powers for a quarter-century, since the Madrid Conference of 1991.

Therefore, it’s fair to say that agreement could be reached on the contours of a deal to end the conflict and separate the two peoples into two states, if leaders on both sides could find the courage to make the necessary decisions.

Both sides are wrong, the survey makes clear. Most Israelis simply want to be safe from terrorist attacks. Most Palestinians worry more about jobs than about territory or borders. Most people on both sides want little more than for the other side to leave them alone. On the day that leaders on both sides begin to understand what their people really think, the world’s most intractable conflict can begin to wind down.