If Israel’s Occupation Is Permanent, Why Isn’t It the Same as Apartheid? 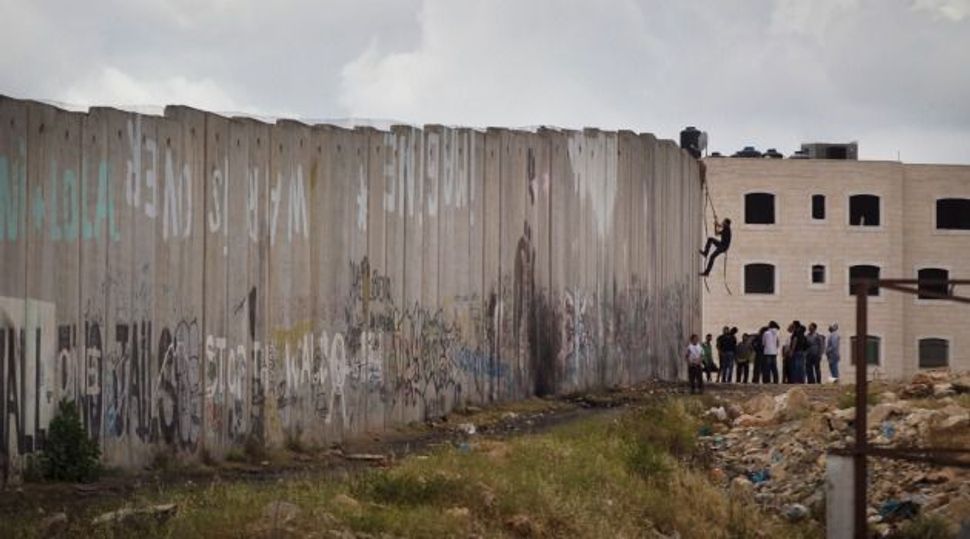 Another Book on the Wall: After venturing beyond the separation wall, the protagonist of William Sutcliffe?s harrowing and controversial novel is permanently changed. Image by Getty Images

Apartheid. The word is thrown around on the left-wing side of Israel-Palestine politics these days, and often it seems intended to provoke outrage, not reflection. And indeed, that’s exactly what it does on the right.

But with the news on August 22 that only 58% of Israelis still support a two-state solution (and that’s counting those who support it in principle but not in practice), it might be worth taking a closer look.

Because I’m not clear how a one-state, Jewish-control solution isn’t apartheid.

Before apartheid was a slur, it was a policy — in South Africa, of course, from 1948 to 1994. And there are salient similarities and differences between it and the Israeli occupation of the West Bank. For now.

The most important difference between the occupation and apartheid is duration. For two-state Zionists, the status quo in the West Bank is temporary, and thus cannot be truly analogized to apartheid, which was intended to be permanent. (Of course, the occupation has now lasted 49 years, more than the 46 years of apartheid.) The occupation is unjust, but it is meant to come to an end once both sides’ concerns about security, borders, autonomy, water, justice and so on are addressed. And of course, as to why that hasn’t happened, there’s blame enough to go around on all sides.

But for the 42% of Israelis who no longer believe in two states, the status quo must be regarded as the permanent status (omitting the even more shocking “policy” of population transfer, aka ethnic cleansing). Thus we must ask anew what, if anything, differentiates the occupation from apartheid.

These aspects are not so different from life under permanent occupation. Nominal citizenship in another country — indeed, one recognized by the United Nations — but a country without some of the most basic components of statehood, like territorial integrity, self-defense and free movement. Even within nominally autonomous “Palestine,” ultimately the Israeli military holds sovereignty. It can go wherever it wants, regulate travel, allocate resources. While Palestine governs itself from day to day, in cases of conflict the Israeli military holds nearly all the power even in areas of supposed Palestinian autonomy — let alone the vast swaths of the West Bank under full Israeli control.

Along with the lack of true sovereignty, Israel’s occupation, like South African apartheid, restricts movement, land ownership and other rights. Palestinians in the West Bank cannot enter Israel freely, and can travel through the West Bank itself only by negotiating a maze of checkpoints and inspections. Towns cannot expand, and indeed, land that had for decades been part of Palestinian Arab villages is regularly expropriated for Jewish settlement.

There are still important differences.

So far, Israel has not carried out any major population transfers, like the 3.5 million people South Africa uprooted from their homes and dumped in the economically depressed Bantustans. Many on the left say that 1948 was close enough: not a long, drawn-out policy of dispossession, but a sudden expulsion of Palestinians from their ancestral lands. (On the right, 1948 is still imagined as a voluntary exit.) But still, not quite the same.

Moreover, the population transfers of the 1940s and ’50s went two ways: Nearly as many Jews left Arab countries as Arabs left Israel. And their departures, too, were not quite voluntary, often sparked by riots and other violence.

Finally, while white South Africa’s interests were always nakedly racist and nationalist from the outset, Israel has legitimate security concerns as well. For example, it’s de rigueur for left-wingers to call Israel’s “separation barrier” an “Apartheid Wall,” but while the route of the wall does indeed represent a kind of territorial annexation, the wall in principle and in practice has made it more difficult for terrorists to enter Israel. It, like many Israeli military activities in the West Bank, is a response to a real threat, not a mere nationalistic desire.

But we all know that these differences are elided all the time. Often, security is a real concern. Often, though, it is a pretext. And often, the only reason security is such a concern is that the occupation is being perpetuated. Not to mention the expansion of settlements and the overwhelming use of force in Gaza and elsewhere.

Most important, the entire long-term policy of Revisionist Zionism for nearly a century has been to wear down the Arab enemy with tough policies, Jewish strength, and a long, grinding process leading to spiritual and national surrender. Fantasy or not, this is what the Israeli prime minister’s father wrote in several books, and it is the simplest explanation for Benjamin Netanyahu’s own policies. The occupation is a policy.

So it’s more than reasonable to wonder whether these differences are so real after all.

Really, the most important difference between the occupation and apartheid is one that will soon be coming to an end: demographics. From its inception, apartheid was minority rule. Whereas, by the time Israel acquired (or conquered) the West Bank in 1967, there were more Jews than Arabs between the Jordan River and the Mediterranean, thanks to decades of immigration, primarily from the Arab world.

As a temporary policy, the occupation is unjust. As a permanent one, it is apartheid.

If Israel’s Occupation Is Permanent, Why Isn’t It the Same as Apartheid?