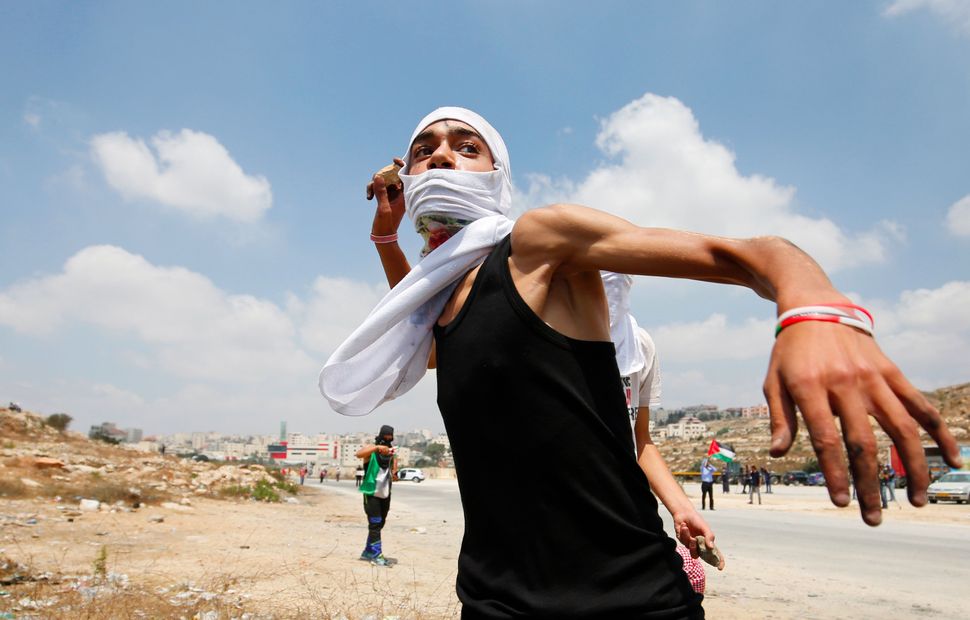 A joint Israeli-Palestinian poll has found that a small majority of Israelis and Palestinians still believe in a two-state solution that would end Israel’s military occupation and create an independent Palestinian state.

The poll, conducted by the Israel Democracy Institute and the Palestinian Center for Policy and Survey Research, found that 58% of Israelis support the two-state solution as opposed to 51% percent of Palestinians.

Support for the two-state solution has been on a general downward trend over the last 10 years, said Tamar Hermann, the IDI researcher who measured Israeli attitudes. But the fact that a small majority of Israelis still favor it is notable, she said, given that the Israeli media downplays support for a negotiated settlement with the Palestinians.

“I would say that the situation is less dismal than I thought,” Hermann said. “It is dismal but not as gloomy as it is being portrayed by the media and the decision makers and the leaders on both sides.”

Hermann and Shikaki said that Palestinian knife attacks against Israeli Jews since last October have escalated Jewish fears of Palestinian violence. Shikaki added that the political discourse in Israel plays upon Israeli fears more than the Palestinian discourse plays upon Palestinian fears.

“I think Israeli leaders in general, and particularly [Prime Minister Benjamin] Netanyahu is interested in raising the issue about fear,” he said. “[Palestinian President Mahmoud] Abbas doesn’t play out this issue. The fear factor is not very present in Abbas’s speeches compared to Netanyahu’s.”

Similarly, many Israelis and Palestinians believe that the other side does not want peace. Among Palestinians, 49% believe that most Jews oppose a negotiated settlement. Among Israelis, 44% believes the Palestinian majority opposes it.

But Hermann found a silver lining in this finding, noting that it’s surprising that these figures are not much higher. Many Israelis and Palestinians do understand that the other side wants peace, in spite of their leaders’ best efforts to convince them otherwise.

“The demonization of the other side did not yet succeed,” she said.